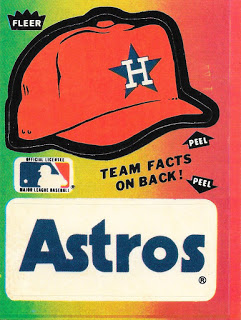 I’m going to see just how “productive” I can be here across the next couple weeks. I’ve got my Brubaker’s Dozen Finds of eBay kicked off, with drafts for the countdown sitting in my queue and stocked with images. I’m still working on those trade posts, though, with eyes on being no more than three months behind by the time January rolls into view.

So let’s talk trade! I picked these up in July from Anthony (SFCTemple) over at TCDB. I’d found some Mets he needed – I think through the Recent Matches tool, which is fantastic, and noticed that there was some intriguing 80’s Astros material sitting in his trade pile. Chief among those was this great pair of stickers from the 1983 Fleer set. You’ve gotta love the early Fleer stickers, eh? 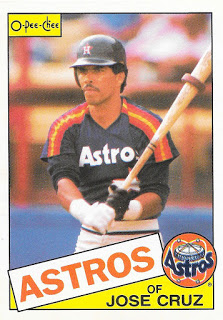 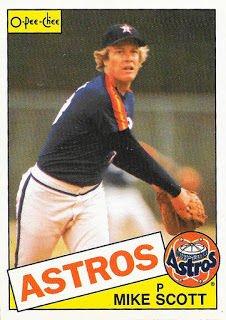 The best part of the Astros bounty, though, was a dozen O-Pee-Chee cards from the 1985 set. Here we have two of the team’s big stars, José “Cheo” Cruz and Mike Scott. As a Mets fan, I’m sure Anthony was happy to see Scotty move out of the collection. 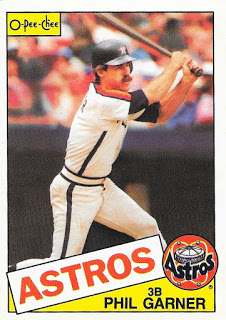 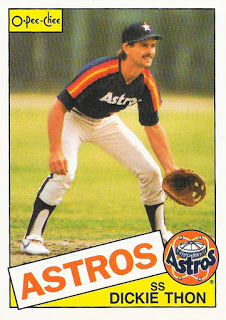 Here we have two mustachioed star infielders from the OPC pickup. Thon was in the beginnings of trying to come back from a fastball to the cheek. Scrap Iron had a lip caterpillar to rival them all. 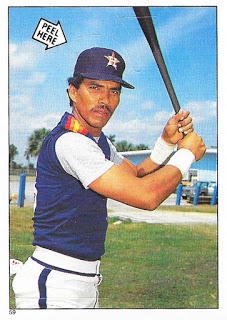 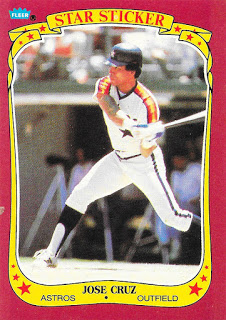 The last pair of cards I acquired in this trade were also stickers – and both José Cruz! In addition to the Fleer Star Sticker card from 1986, we’ve got one of the great 1985 Topps Stickers, which I particularly enjoy because the player is separated from the background (hence the “Peel Here” designation).
Thanks for the fun swap, Anthony! I’ll check to see if I’ve got any more Mets you can use.

0 Replies to “Trader’s Backlog: Sticking To It”