Alright, only three more posts and I’ll have November’s trades finished. Let’s knock that out this week! This wonderful package was my first trade with Matt (mheilenman at TCDB), and was a great selection of Astros. 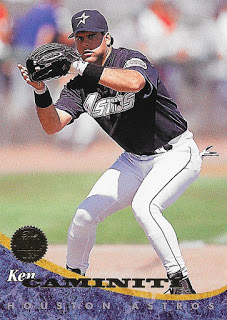 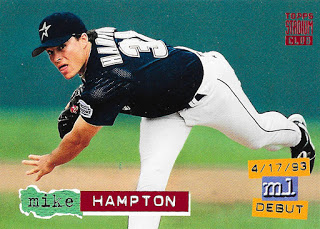 For starters, a pair of my favorites from 1994: Mike Hampton and Ken Caminiti. I’m not sure when these were released, but my hunch is that these are both Spring Training shots. 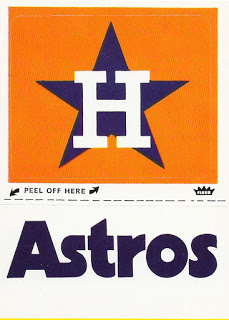 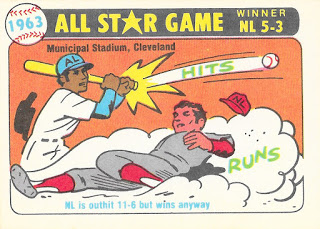 Then, there was this fantastic sticker from the 1981 Fleer / Laughlin set. The backs of these recount All-Star game history to that point, and this one highlights the 1963 game in Cleveland. Hal Woodeshick was the lone Colt .45 on the NL roster, coming in to start the 6th and pitching two clean innings, striking out three hitters (Joe Pepitone, Bob Allison, and Harmon Killebrew) and allowing just one walk. 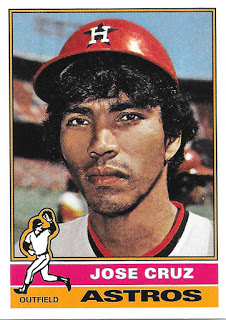 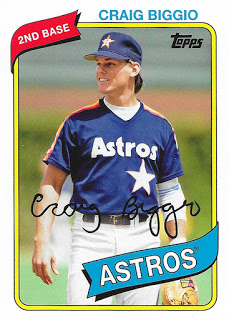 There were also a couple of Archives cards in the group of some fan favorites. The Cruz comes from that weird 2016 Archives 65th Anniversary release, using the ’76 design with ’75 backs. 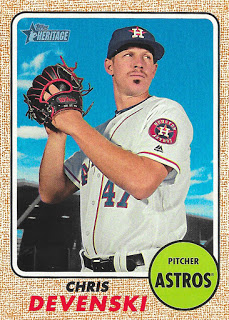 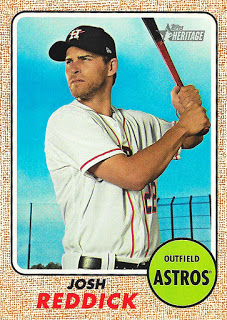 I snapped up a pair of High Numbers from 2017 Heritage here as well, with the Reddick being a SP. I’m officially ready for 2019 Heritage to get here. 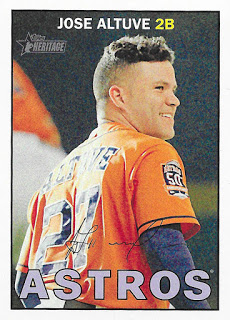 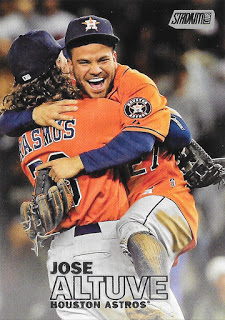 Rounding out my end of the trade were several nice Altuve cards. The 2016 Heritage is a SP that had eluded me for a while, and the Stadium Club is just a fantastic photo. 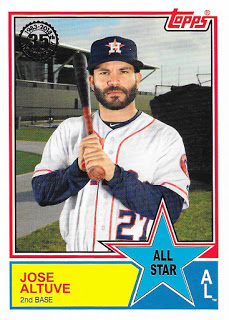 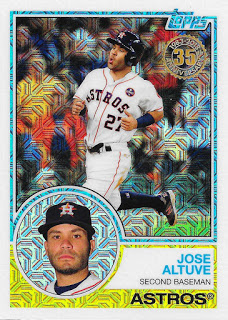 Finally, there were a couple of the 1983 cards from last year’s Topps set. That All-Star design is just superb (and that’s definitely a Spring Training shot), and the flashy one is a Silver Pack card. Thanks for the trade, Matt!

0 Replies to “Trader’s Backlog: Matt Sends Me All Stars”