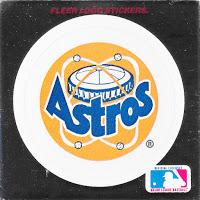 As the title alludes, Tom from Waiting ‘Til Next Year sent me a package, well, last year. Specifically, he sent a wonderful selection of cards over in late October.*

I’m a bozo and busy and was trying to still blog about stuff I got six months earlier in October, so I didn’t get around to posting these. But, I suppose four months late is an improvement on six, so Tom – I’m sorry. But please know that these were most appreciated! There’s some fun stuff in here, including this shiny logo sticker from 1991 Fleer Ultra. I didn’t even know such things existed! Right off the bat Tom was filling holes I didn’t know I had in the collection.

*Side note: this post allows me to be caught up through October! 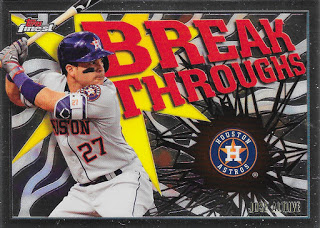 There were plenty of current ‘Stro stars in the package, and this pair of Altuves from 2017 Finest were among the big highlights. I don’t open, much less even see this stuff around, so these were really fun to see. I like the mid-90’s basketball throwback design on the right here, it works very well. 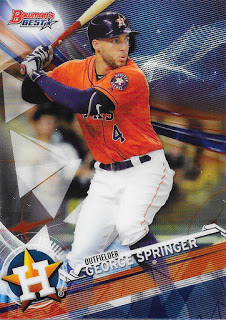 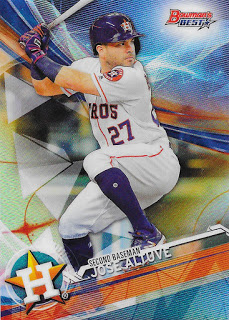 Tom also gave me a glimpse into another set I don’t ever see, Bowman’s Best. These two came from the 2017 set, and the Altuve is a super-shiny refractor version. Huzzah! 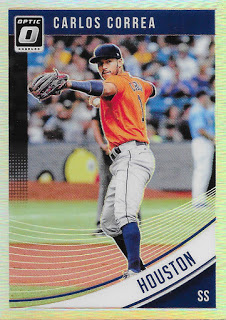 The shiny certainly didn’t end there, however. Here’s a pair of holo parallels from 2018 Donruss Optic. So tasty you can almost forgive the lack of logos. 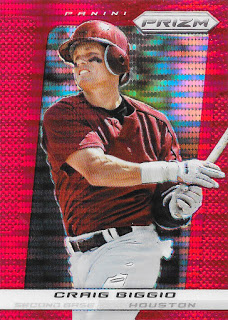 These Biggios from 2013 Prizm are a bit more lacking in the logo department, but have really upped the game in the shiny sector. Tom sent me the Blue and Red Pulsar parallels, which look downright gorgeous. 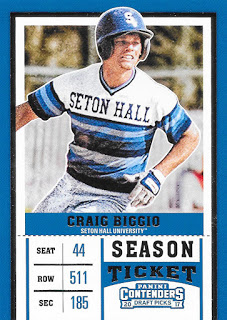 More Panini Biggio cards, but these do have logos – because they feature our boy in his collegiate duds. That one on the right is not a swatch card. I do love that Biggio was wearing an Astros-inspired uniform design in college before being drafted by the club. 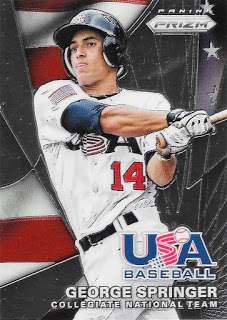 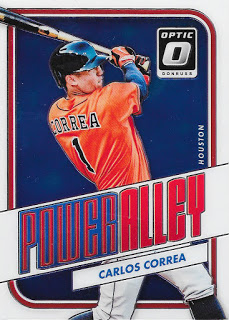 A couple more slick Panini cards. Sure, the Springer is not technically an Astros card, but it certainly has a home in my collection. The Correa technically fulfills a team set, as he’s the only Astro in the Power Alley inserts, and it’s always nice to cross those off no matter how small they are.
Alright, now for something truly interesting. 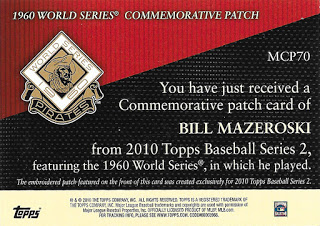 Ah, a lovely Topps manu-relic. But wait, why am I showing you the back of this? Well, it’s a Maz card for my collection, right? 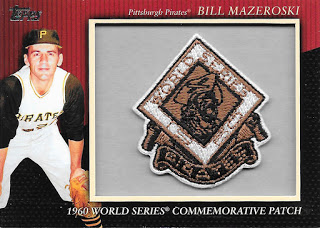 Yes, yes it indeed is. Only, that’s definitely not Bill Mazeroski. Sure, I suppose 50 years after the fact you might be a bit shaky on who’s who, but someone in proofing should have caught that this was Dick Groat. I bet this is probably due to a mislabeled Getty photo. At any rate, it’s a fun addition. 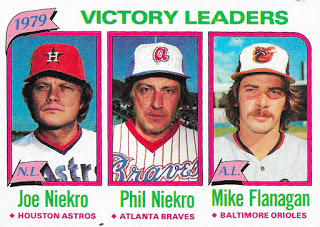 SET-KILLER! Tom provided the missing piece for my ’80 Topps Astros, this double-Niekro which had eluded me for far too long. Thanks Tom! 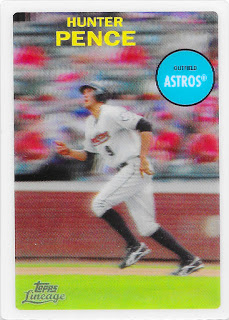 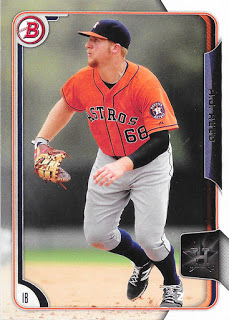 Oooh, here’s another lovely Lenticular card – this one of the local coffee shop owner and coming from the 2011 Topps Lineage set. I’m going to have to make a note to start hunting these. The A.J. Reed comes from 2015 Bowman Draft, and may have completed that team set as well – I should double-check. It’ll be interesting to see what if any role he has with the franchise moving forward. I wouldn’t be surprised if they flip him in a trade, but I’d love to see them try him out as a pitcher given his success at Kentucky. 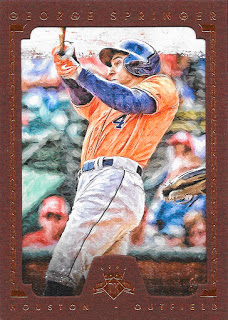 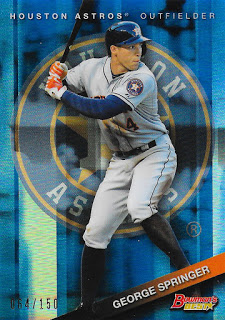 Serial-numbered Springers!!! These are too cool. I forget what the bronze framed DK cards are numbered to, but I do know that they are numbered and that this was one of my favorite sets from 2016. Also, I know that I’m a sucker for paper frames, as I mentioned in my last post. The blue beauty is from 2016 Bowman’s Best, if I remember correctly, and is numbered 64/150. 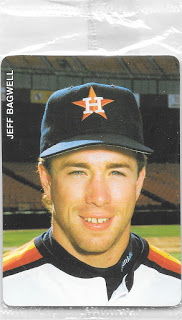 But my favorite card in the package? Well, that would be this one – which is still in its package! Tom found me a sealed copy of one of Jeff’s cards from the four-card 1992 Mother’s Cookies ROY set – specifically card number 1. I have sealed copies of numbers 3 and 4 as well, so I guess I need to find one of card 2 to finish the “uncirculated” set.

Thanks again for the cards, Tom! It was a real delightful package.

0 Replies to “Trader’s Backlog: Waiting ‘Til The Next Year To Post It”