by MarcPosted onMarch 3, 2019July 8, 2019
At TCDB, he’s known as paulie3jobs, so today, he’ll be known as Paulie 2 Trades, because this is the second time that Paul and I have swapped some cards. There was some real fun stuff involved here as well. I’m way behind in posts at this point, so I’m just going to hop to it.

Fresh out of the box, er, package, we have a trio of ’96 Flair, including a brand new Bagwell! Woo, boy are these shiny! I do believe the Hidalgo is actually a gold parallel, although it’s hard to tell. 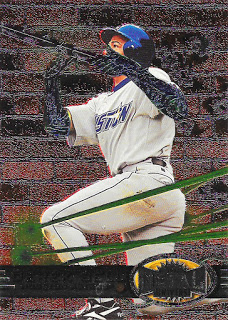 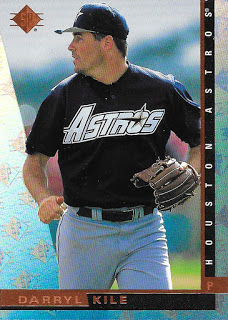 Speaking of crazy mid-90’s cards, I snagged several in this swap. The Derek Bell is from the insane 1997 Metal Universe set, which makes a lot more sense when you realize this is just after Marvel bought Fleer. It puts the entire set in perspective. The Kile comes from ’97 SP, which is one I don’t see too often. 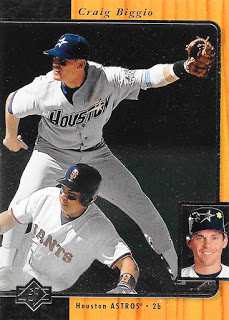 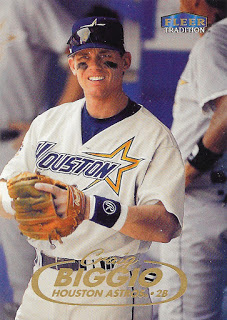 While there was only one new Bagwell to be found here, Paulie had several new Biggios for me. I suppose that’s what happens when you’ve got 1000+ cards of one guy and only 400 or so of the other. Without a big show score, I think Biggio additions will outnumber new Bagwell cards at the end of the year. He’s already got a healthy lead. 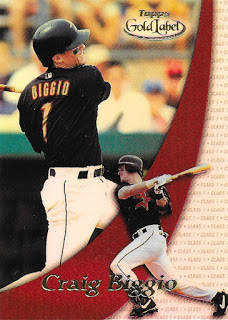 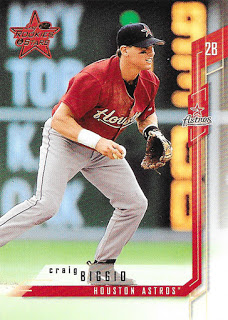 The 2000 Gold Label is a nice looking card, and I’ve been fond of this 2001 Leaf Rookies & Stars design for a while. I’m not sure that’s a rational stance to take. 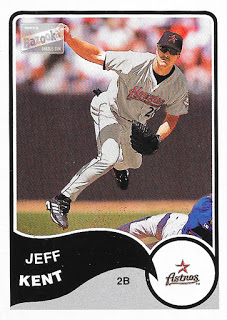 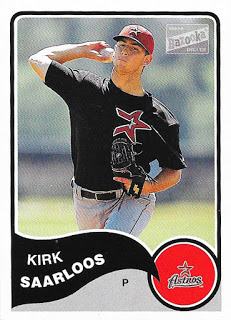 One thing I can definitely get behind, though, is this pair of 2003 Bazooka cards. This is a nice riff on the ’65 design in a set that was targeted at kids. Is it perfect? No, but it’s still pretty nice. A little tweaking could make this one really shine. Oh, but wait! These are miniiiiiiiiiiiis! Even better. 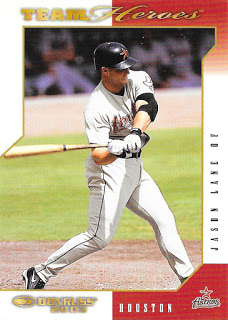 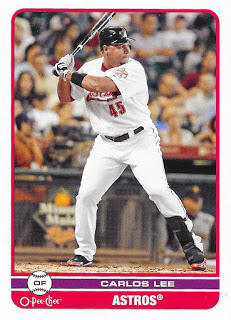 These are the last two cards I wanted to highlight, and were the big draw of the trade. No, not just because they are from my lost years of collecting and fill some holes, but rather – well, let’s flip these over, shall we? 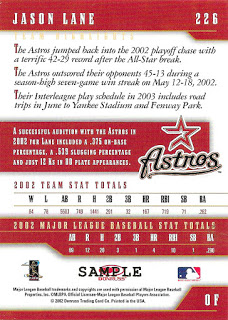 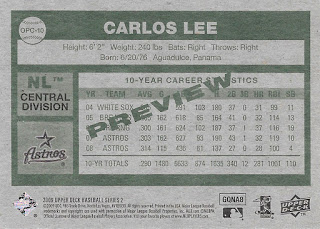 Sample cards! These are most delightful oddballs to pick up in such a swap. Thanks for the trade, Paul!