by MarcPosted onJanuary 27, 2014July 10, 2019
The bulk of my autograph hunting is baseball oriented. I have my Astros collection that I’m trying to complete, some specific players that I’d like to add, and then some odds and ends. I’ve got several autographs from non-baseball players though, with a couple dozen football players, some basketball stars, and some Olympians to boot.
While digging through my old basketball cards (which take up less than two boxes, far fewer than my baseball collection), I started pulling out some odds and ends that I wanted to try getting signed through the mail. 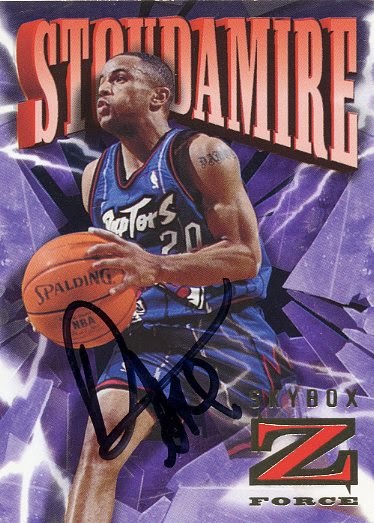 I’d read about some success with Mr. Stoudamire, and decided to try my luck. I remember how exciting he was coming out of college and of course his Mighty Mouse tattoo, which sadly isn’t pictured on either of these cards.
The Prime Time Powers insert on the left is a pretty cool die-cut. I sent these via his coaching gig, and they made it back in a pretty quick eleven days. Thanks Mighty Mouse!
There was another return on the day as well. This one came back lightning fast, in just four days, but he lives pretty close to me. The signatures look really pretty too! 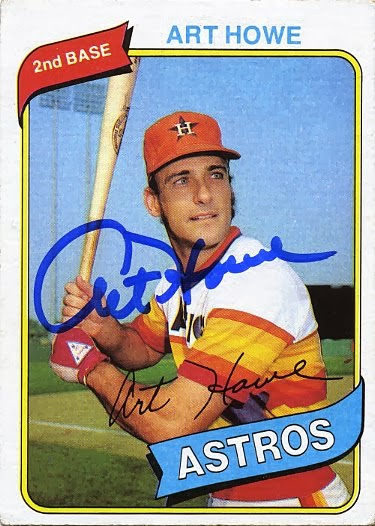 It’s Art Howe! When I first learned of Mr. Howe, it was the early 90’s and he was our manager. Little did I know that he had a pretty nice playing career for the ballclub just a few years earlier.

In addition to the cards of him as a player, I sent in two of Art as a manager. What’s super cool is that he signed the darker 2001 Topps card with a silver pen. Someone that acknowledges small details like that is very thoughtful. 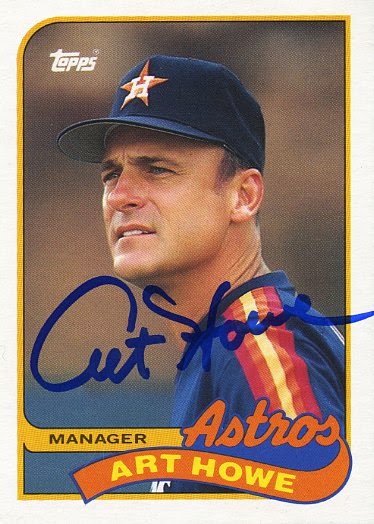 Art’s signature looks nice and smooth, and I think when you put it side by side with the last Astro return from Denny Walling they are just fantastic. This knocks another Astro off the list, kinda. I had a signed team photo, but the cards look nicer.
Until later,
– Marc