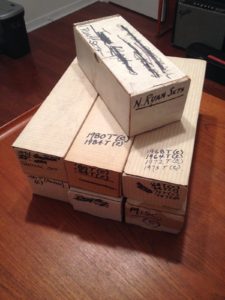 If you read the last post, you know it was about a little garage sale bust and a nice small find. Today’s post is about much, much more than that.

Because I went back to the garage sale.

And there was a much bigger score waiting for me this time.

I had to wait around a few minutes, as the only cards they’d found when I arrived were some factory sets of ’88 Score, ’89 Score, and ’90 Fleer.

After a quick rifle through a few sections that revealed the stars were pulled and there are a fair amount of duplicates, we came to an agreed price and I giddily drove home with my purchase. Here’s a quick breakdown of what the contents look like.

Box one is split about with about two-fifths 1980 Topps and three-fifths 1984 Topps.

Box two has lots of ’74, with the Traded cards separated out for some reason, and a small stack of 1979 O-Pee-Chee. 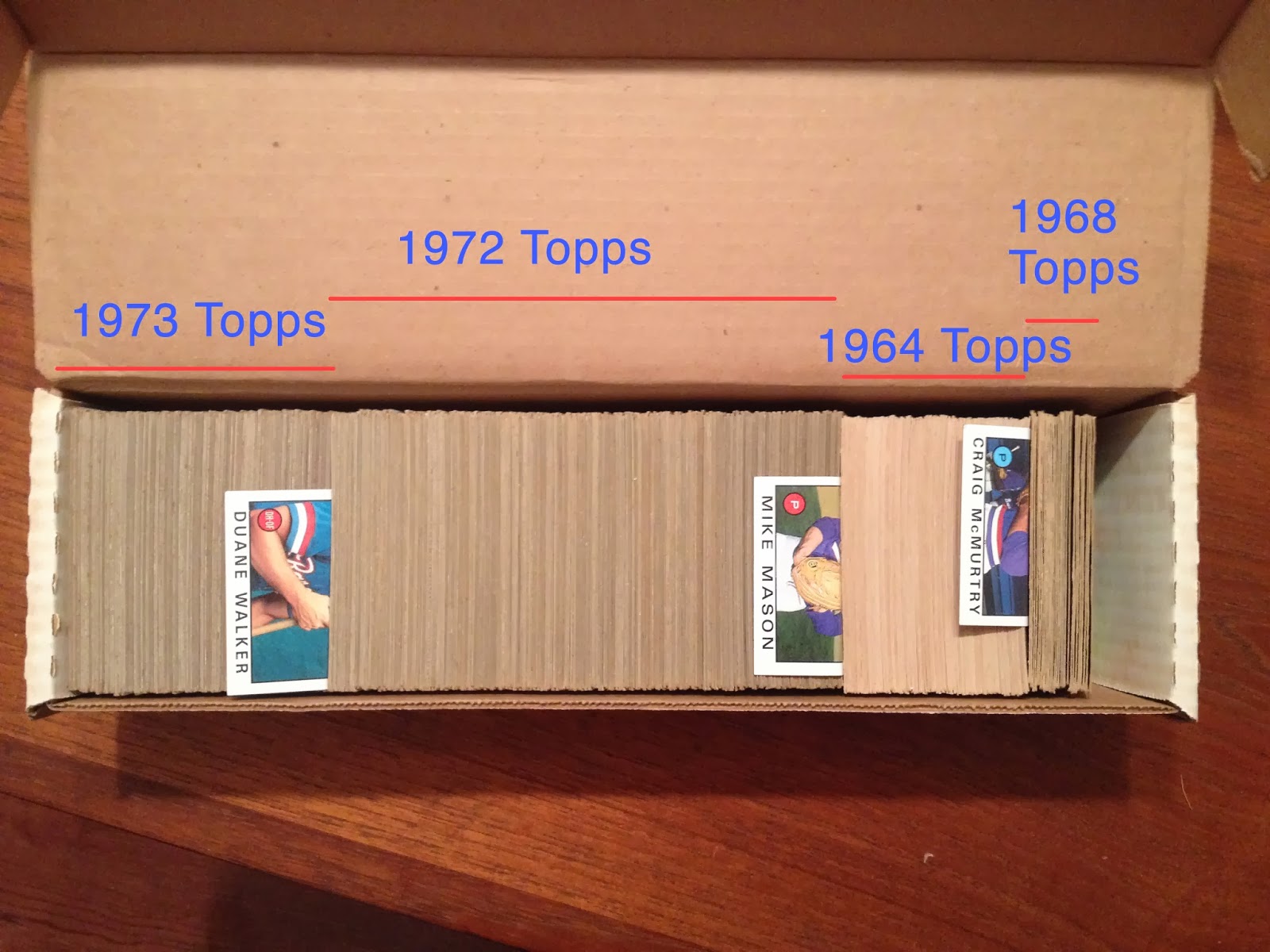 The Nolan Ryan box had me excited – I saw some of the 1991 Texas Express set that Pacific released, and thought maybe it would be an assortment of Ryan sets. Unfortunately, it’s four stacks of the first 50 cards of that Pacific set, which I already have. They’re up for grabs if you’d like one.
Now, for the miscellaneous box. First, the only non-baseball cards I found: three PGA cards that were being used as dividers, and the Super Bowl MVP insert from 1990 NFL Pro Set. Who wants golf cards? 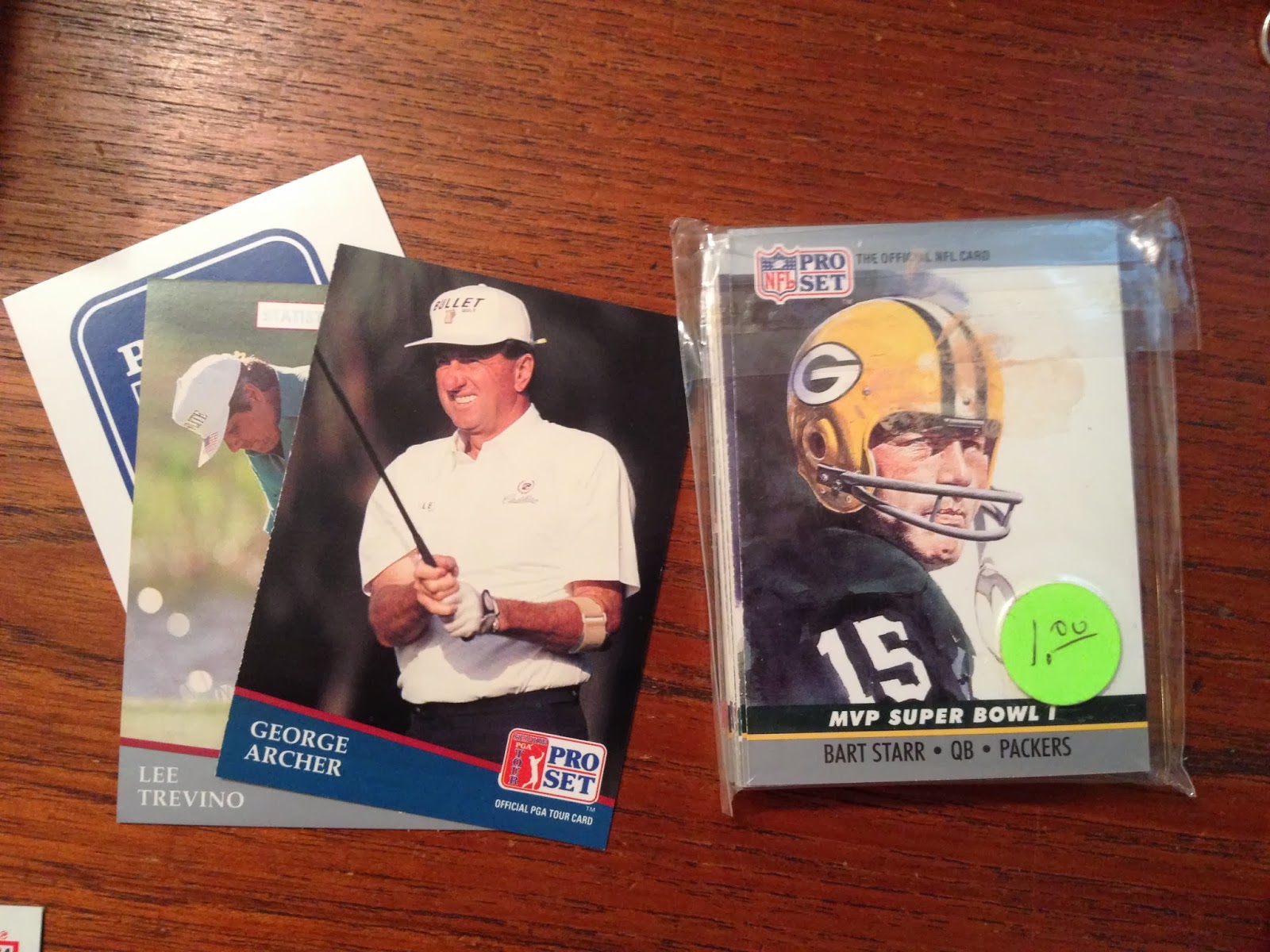 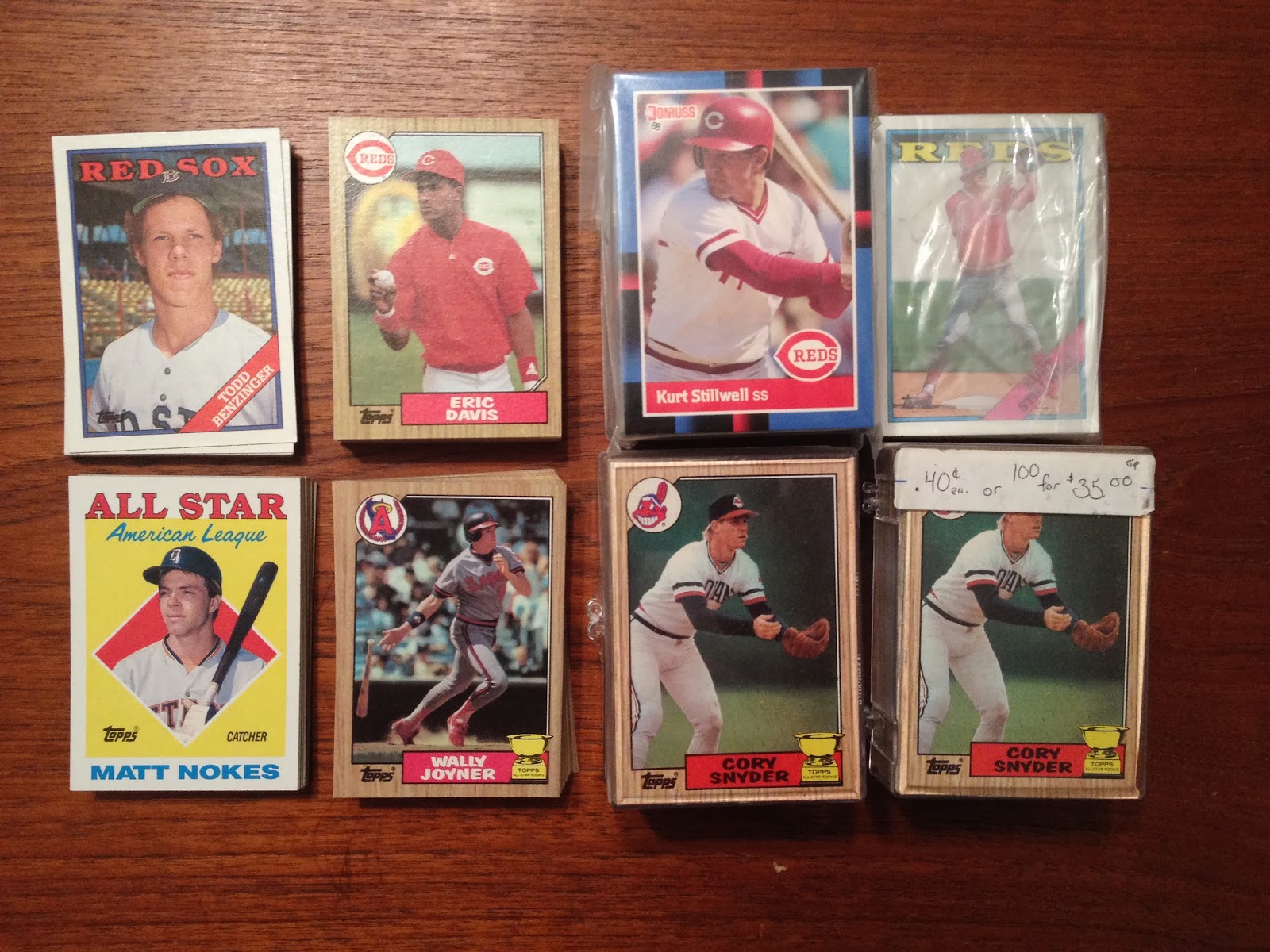 Then there were some, well, failed investments? I am now the not-so-proud owner of the following:
If you need one or several of these, please take them off my hands. PLEASE. You can have as many as you like. 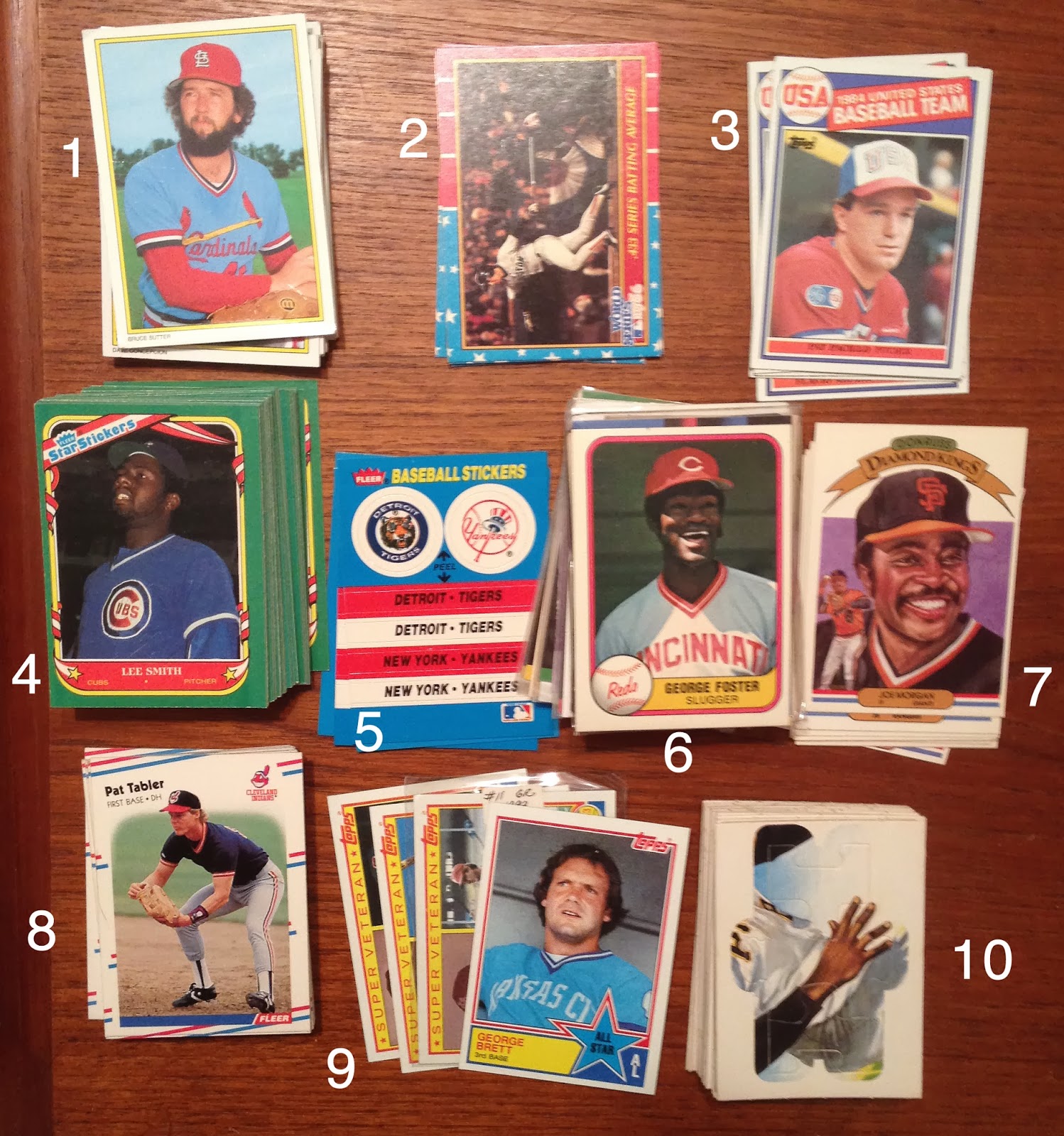 Fortunately, there were some other assortments in the miscellaneous box. Here’s a breakdown of these small stacks.
There will be lots of trade bait here for sure. If you’re interested in anything, post a comment or shoot me an email and I’ll let you know if it turns up in the boxes. So far I’ve only gotten to the 1968 Topps, which are pretty worn, and the 1964 Topps. All of the ’64 is above #450, almost every card is crisp, and there are a good deal of extras available. Plus, I landed four of my Colt .45s cards: Claude Raymond, Bob Aspromonte, and two of the rookies duos.

The family still has the higher-end cards and possibly more boxes to come, and some autographed stuff. I’m going to stay in touch with them to see what’s available. I can’t afford to spend a lot on those sorts of things, but if some of my fellow bloggers are interested, perhaps we can arrange a multiple-party purchase of sorts.

I’ll keep you updated. Look forward to a few more posts to come on my discoveries, perhaps box-by-box, perhaps just some highlights.