Last week saw several returns, a few failures, and lots of ink in the mailbox. On Saturday I popped open the mail and found a pair waiting for me.

First was a trio from Merril Hoge, whom most of you probably recognize from his TV time doing football work for ESPN and his penchant for the term “factor-back.” Before Hoge was doing duty on television he was tucking away the football for the Pittsburgh Steelers.

After that I had a baseball return. The other envelope was full of another of my beloved Houston Astros, Mr. Kevin Bass. I actually played baseball in the same little league as Mr. Bass’ boys, but I was a couple years older than his oldest son. Still, I remember seeing him at the fields from time to time, offering up coaching duties and cheering his boys from the stands. Mr. Bass signed all four cards I sent his way. 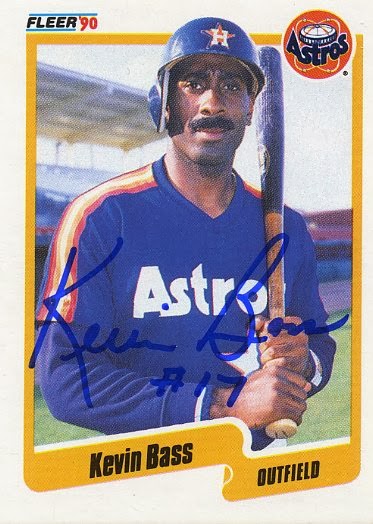 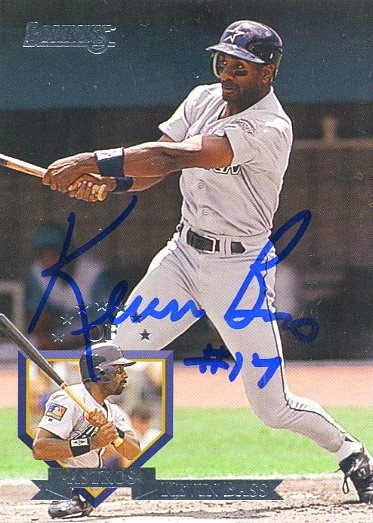 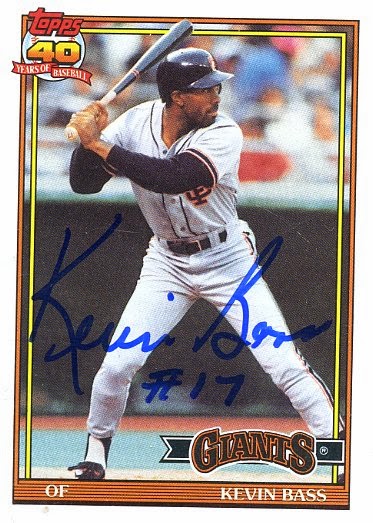 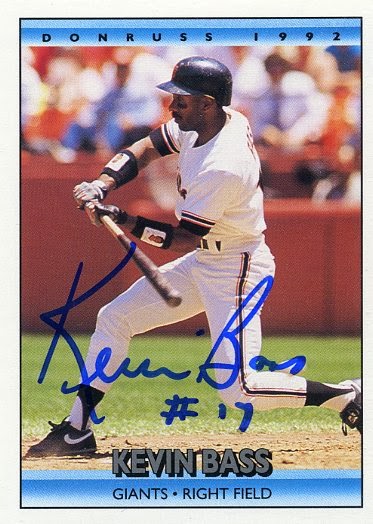 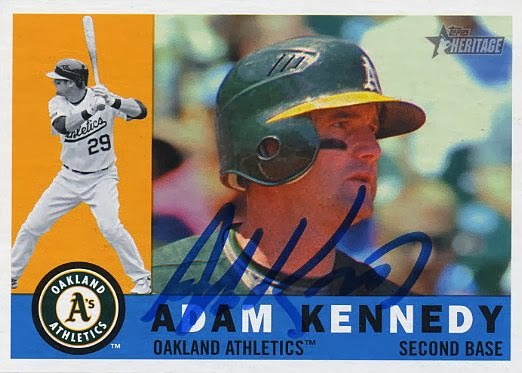 Tuesday found three more returns in the mailbox, along with my first failures of the year. First off, the duds: return to senders from Henry Rollins and Bob Watson. I was hoping to get Henry to sign the 2013 A&G I pulled of him last fall. For Mr. Watson, I was looking to get an Astros card of him signed. Alas, I’ll have to try to hunt down some other addresses.

But on to the successes! I got a really nice return from Adam Kennedy, who signed all five of the cards I sent his way. These included a nice 98 Bowman rookie card, a great 2000 Skybox Dominion that features him as a prospect, and a Just 99 minor league card. I’ve been thinking about working on a fully autographed set of Just 99, and the Kennedy return brings my 50 card series one set to a total of 19 autographs. 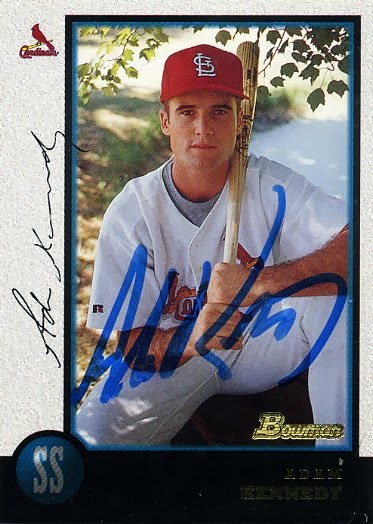 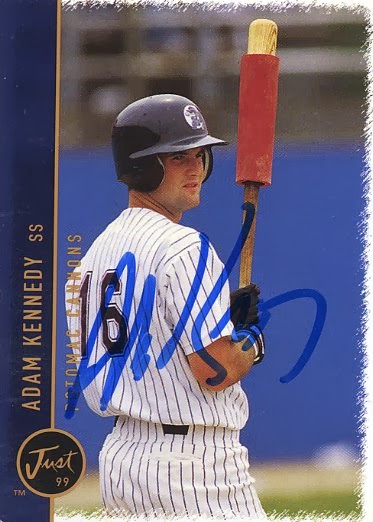 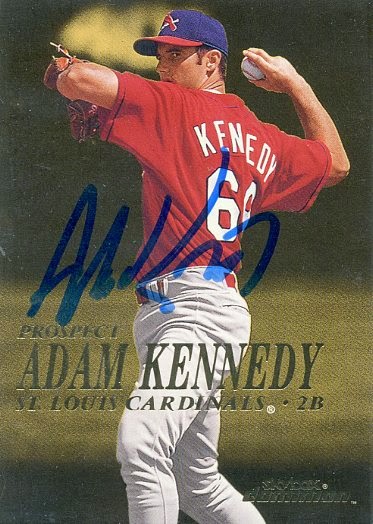 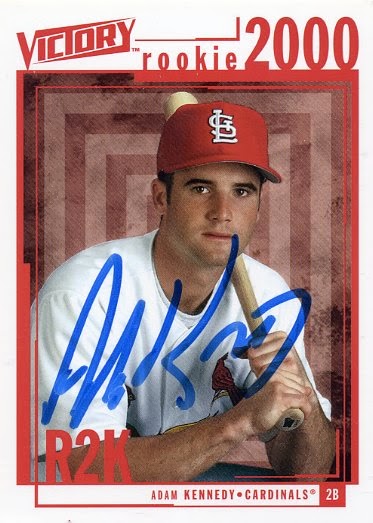 Also in the box was a nice pair of signatures from Darren Daulton. Darren held on to the third card I sent, which was an ’88 Score. I’m not particular, though. This ’89 Topps and ’92 Score will do just fine. 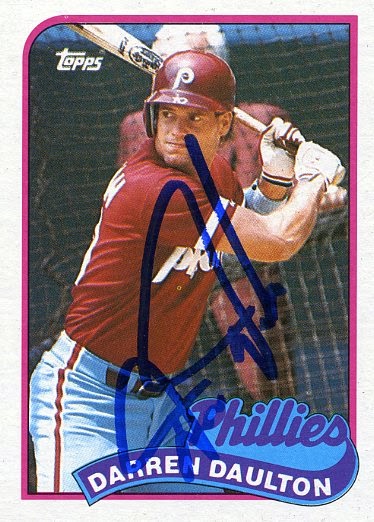 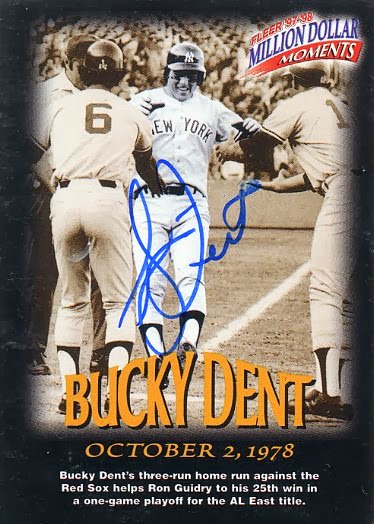 Finally we have Yankees legendary home-run hitter – well, famous home-run hitter – Bucky Dent. I sent along two cards to Mr. Dent, and unfortunately he held on to the nice looking 1984 Donruss in the envelope. Maybe it was because it featured him in a Rangers uniform, but no matter. I’m just happy that he sent back this ’97-’98 Million Dollar Moments card that features his famous home run. I think this would be a really cool set to get signed, at least as much as one can. This looks really nice alongside of the Bobby Thomson autograph from this set, and both got signed in a lovely thin blue.

Friday found another reject, from Al Kaline. Mr. Tiger sent my cards back unsigned in my SASE, and I see plenty of returns from him. I suppose there’s a fee I was unaware of that I’ll have to try to hunt down. I’d definitely like to add Kaline to my stacks soon. 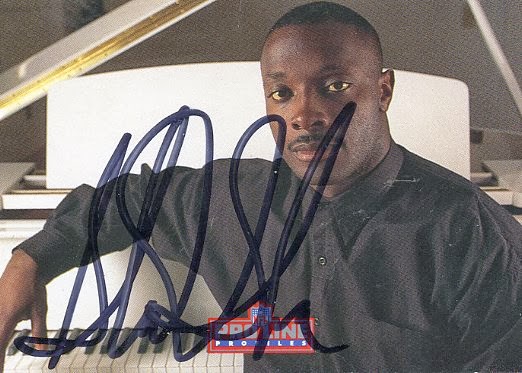 There was one more return sitting in the mailbox on Friday, though, a few cards from outstanding NFL wide receiver Sterling Sharpe. Mr. Sharpe came into the league with Don “Majik Man” Majkowski tossing him passes, and then quickly became a mainstay for Brett Favre when he appeared on the scene.

His career ended far too early with an injured back that wound up sidelining him for good, taking one of football’s best pass-catchers off the field with possibly a decade left in the tank. Sterling is probably one of the greatest “what-if” stories in football, much like Bo Jackson – both were tremendously talented and respected, but injuries shut them down with several years left for both. 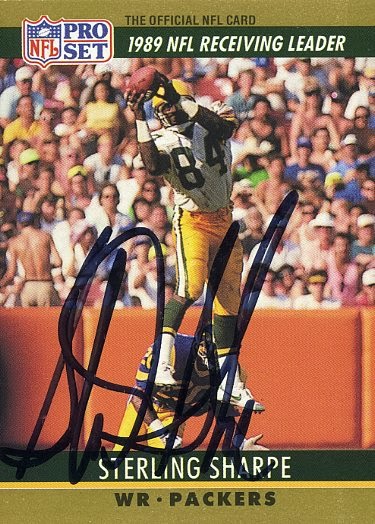 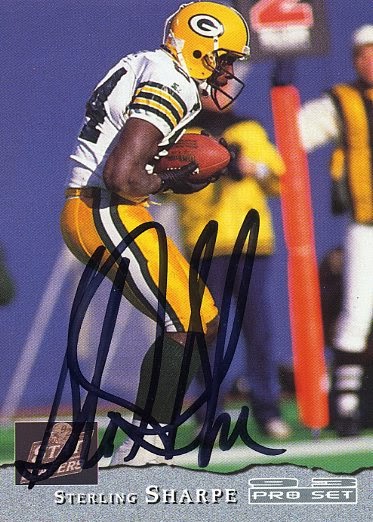 These returns bring me to a total of twenty-six different successes on the year. Not bad!