Ok, so these cards came in before I left for my trip. I couldn’t just skip posting it, though – after all, it was my first group break.

When I saw the post over at Nachos Grande, my initial instinct was to grab the Astros, of course. After all, the late 90’s and the beginning of the 2000’s is a period where my team collection is severely lacking. (Someday I’ll get to update my wantlist.)

But there was a bonus! Chris had lumped in the Texas Rangers with the Astros, giving me a nice shot at scoring some of my other favorite players from my early teen years. 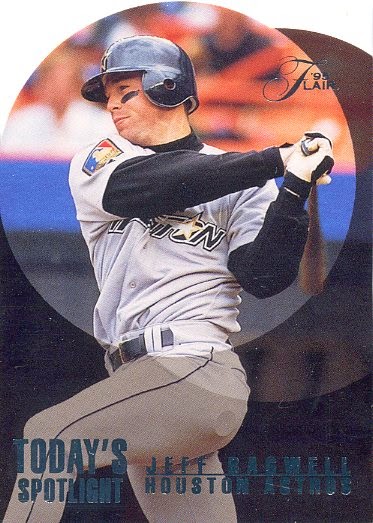 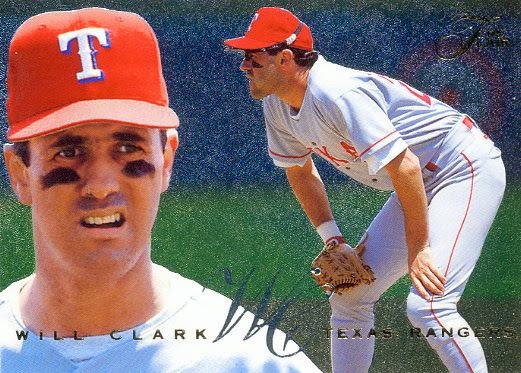 First was the ’95 Flair, which netted me all of the Astros I needed, including that Biggio up top. These are pretty sparkly  in the background, and don’t scan nearly as nice as they look. I came away with a Will Clark and Juan Gonzalez in the Rangers stack, among others. There was also this great die-cut Jeff Bagwell insert that was previously lacking from my collection. 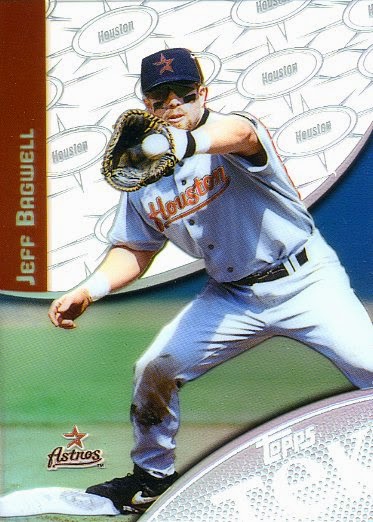 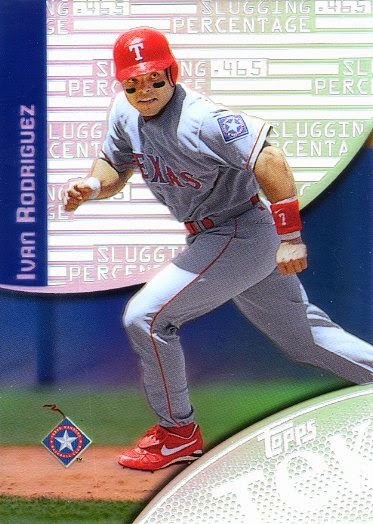 Speaking of Jeff, the 2000 Topps Tek packs landed me another of his parallels. I was hoping for a few Bagwells out of this box, but only the one came along. I did get two nice cards of Pudge though. 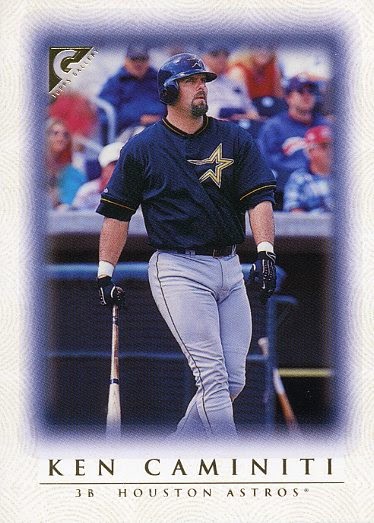 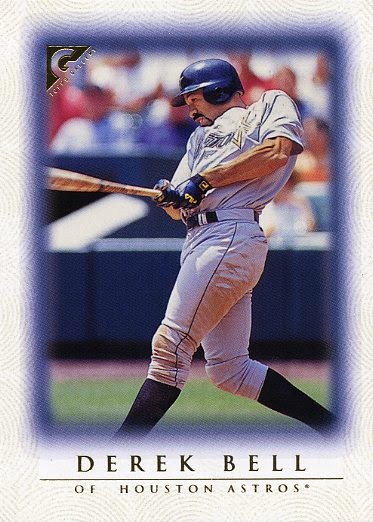 The 1999 Topps Gallery cards are really nice, and I picked up these, a pair of Biggios and Alous, and a Bagwell. That card makes me really miss Ken Caminiti. He was one of my absolute favorites. The Derek Bell card is a nice reminder that pre-Operation Shutdown, Bell could actually put together some good years. 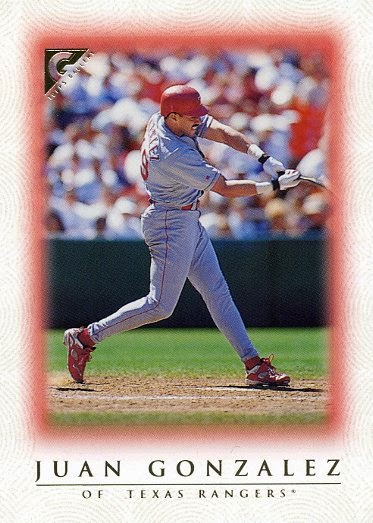 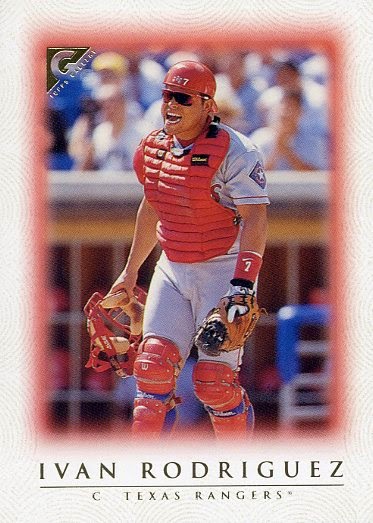 The Rangers brought me another good Pudge, another Juan Gonzalez, and a pair of my favorite scrappy guy to suit up for Arlington, Rusty Greer. 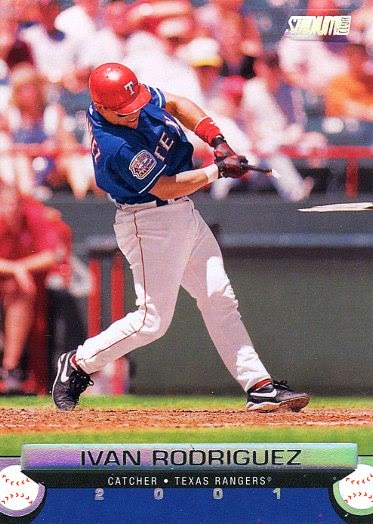 A box of 2001 Stadium Club landed me a Bagwell I already had and some other Astros, but the standout cards were the Rangers. Just look at that Gabe Kapler catch! Pudge’s bat is shattering – I mean, this is where Stadium Club really ruled the cards. I got a few of Rafael Palmeiro, who appears to have started signing TTM again, so maybe I’ll send one off to him. 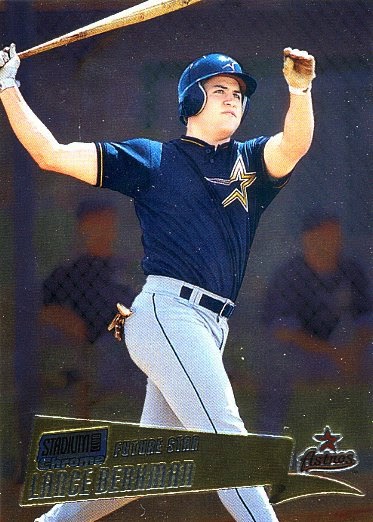 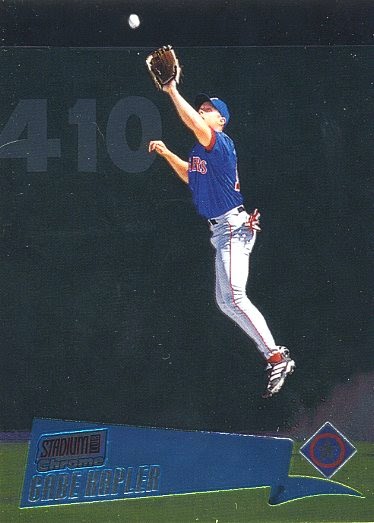 Finally, we have these beauties from 2000 Stadium Club Chrome. The scans don’t do these justice – they look so shiny and gloriously smooth in real life. That Berkman rookie is a pretty sweet pull, and there’s another great Kapler catch. 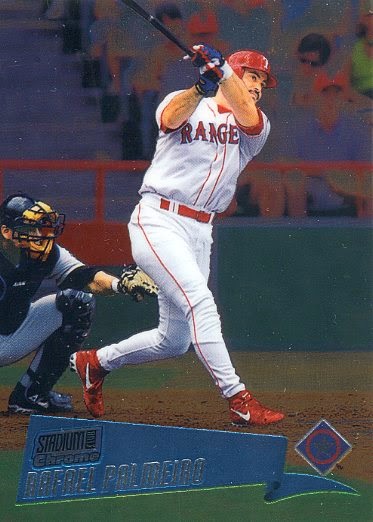 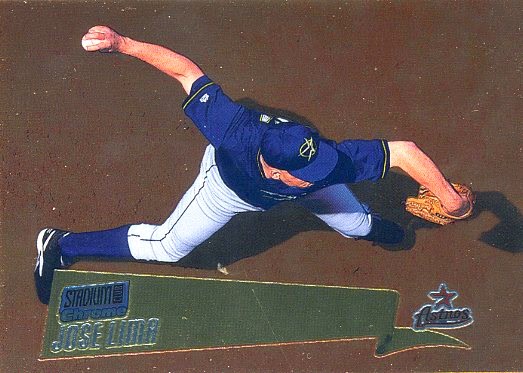 I landed another nice looking Palmeiro, but there are two overhead shots which are the highlights from the box. This one of Jose Lima pitching in spring training (designated by the hat he’s wearing) is a pretty sweet aerial photo. You don’t see that one often.

It’s this shot of Bill Spiers sliding in and tagging home plate that is the winner, though. As Chris said when he posted it, there’s no way for a scan to do this one justice. Just imagine all that shiny silver and a super-glossy sheen, and the richness of the dirt.

Thanks for the great break, Chris!