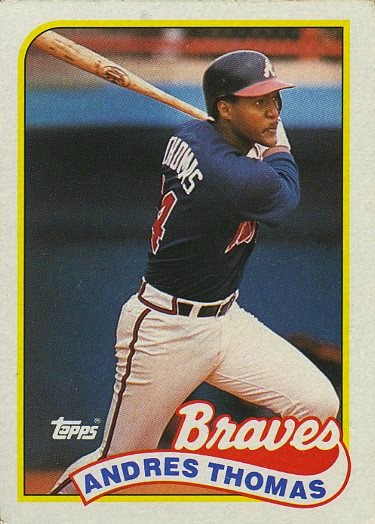 You guys, baseball is back! You know? Awesome! Me too, obviously.

I’m currently watching the Mike Trout vs. King Felix heavyweight bout after seeing the Miami Marlins (blerg, I still can’t get used to that) cream Captain Tulo and his Mile High Men. Jose Fernandez looked really nice in the first game, and Trout went deep in his first at-bat, so it looks like baseball is safe for the year.

I got several trades in recently that I’ve been meaning to post about, mainly because of that card to the right. If you follow my blog already, you might know why it’s important. If not, you may be wondering what this five cent common from ’89 Topps means, and the answer to that is simply two words: COMPLETED SET!

Thanks to Richard of the aptly named Toronto Blue Jays Collection, I can now call 1989 my first-ever compiled set.

Richard also sent along some other goodies, including all of the Blue Jays I still needed for the ’84 Topps set I’m assembling. These two are my favorites, mainly for their idiosyncrasies. Young George Bell is still listed as Jorge, and can we talk about the majestic facial hair difference going on between Jim Clancy’s action photo and inset? 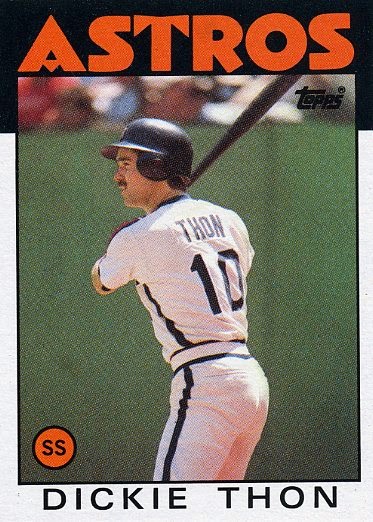 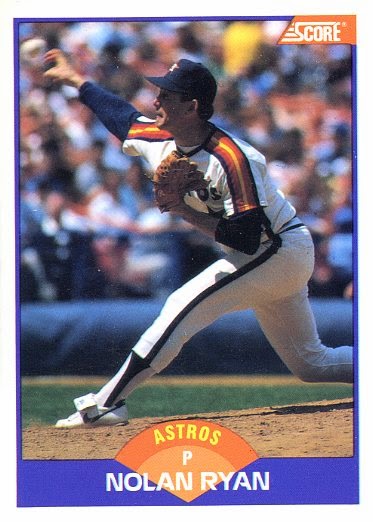 He sent along some Astros I needed as well. I’ve got to post the Nolan Ryan, and seeing as how it’s one week shy of thirty years since Dickie Thon’s promising, potential HOF career was altered by a pitch to the face, let’s post this great 1986 Topps of him.

I still miss you, Ken. What’s the hobby feeling on 1993 Topps? Personally, I like the design, but I never had many cards from the set. 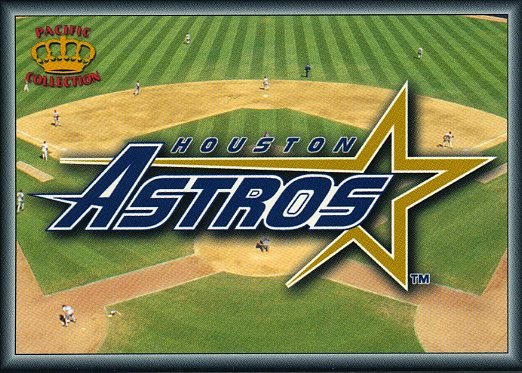 Two more trades came in from Ethan at Playing With My Cards and Gavin of Baseball Card Breakdown. I love surprise trades, because cards like this, which would probably be super-boring for most people, pop up when you are a team collector. This is an insert from Pacific Prism, and it wasn’t tied to the Astros master list yet on TCDB, so I had no idea it existed.

Maybe this was shot in Spring Training, but that’s definitely not a photo from the Astrodome.

Here’s a couple nice Astros hurlers. Ethan and I banged out a quick arranged trade wherein I took advantage of the dupes from his box of 1994 Score Rookie & Traded and snagged all the Astros from that set. He also sent along a 2012 Bowman Chrome Prospects card of Dayan Diaz.
The very nice Joe Niekro comes from Gavin, and is somehow the only Astros card in the 2001 Fleer Greats of the Game checklist. Seriously, Fleer? Show some more love.

Gavin sent along some shiny things as well! First is the Topps Chrome Refractor of Jason Jennings, who was supposed to benefit greatly from escaping Coors Field. Whoops. Then there are these two pretty cool cards from Phil Rizzuto’s Baseball images. I love the Safe Hit Texas Vegetables ad. 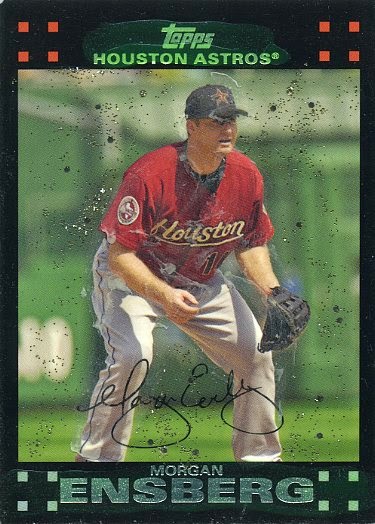 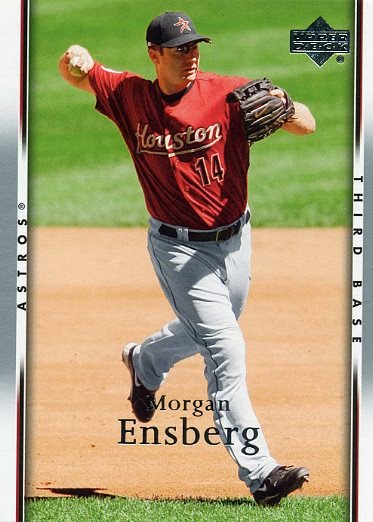 He also sent me a pair of Morgan Ensberg cards, one of which is a custom-made certified 1/1 defgav Glow In The Dark edition. I’m still trying to figure out how to take a good picture of it glowing. The dark flecks on it are actually gold sparkles. 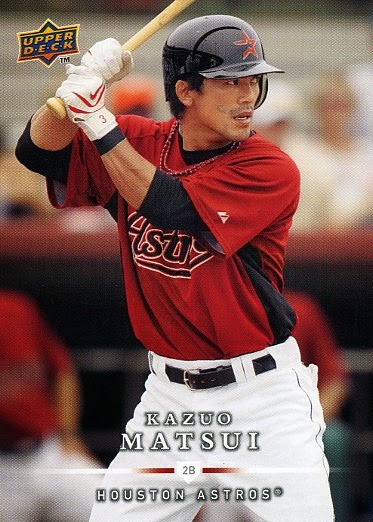 Lastly, Gavin sent along these second basemen, one of which has been deservedly forgotten in this town (Kaz, another “big free agent” bust), and the hopeful, pint-sized powerhouse who should have a bright future ahead of him, Jose Altuve.

Thanks for all the cards, gentlemen! Richard, I’ll dig around and find something to send back your way soon.

P.S. It is approximately 4483.66 Altuves from my house to Minute Maid Park. Hopefully I’ll be in the seats sometime soon.