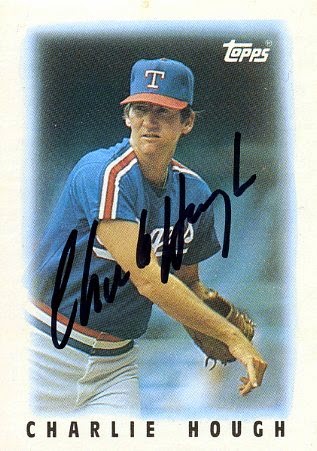 I mentioned earlier that the mailbox has been rather kind to me of late, what with the various trade packages that have arrived. On top of all those cards, I’ve had another nice little batch of autograph returns that have made their way back here as well.

The first return to roll in was from famed knuckleballer Charlie Hough. After a 96 days wait, these returned with a pretty nice looking signature. I sent these to his home in California, but they were postmarked from Chattanooga. Hough is currently the senior adviser of player development for the Dodgers, so I’m guessing that he was checking in on their AA team, the Lookouts.

I’m sure I won’t have to advocate for the special wonder and mystique surrounding the knuckleball, as it seems to be something in the game onto which baseball fans latch rather quickly. With that in mind, I’m going to try to make a mini collection of knuckler ‘graphs. I’ve already got a few on the books after all. 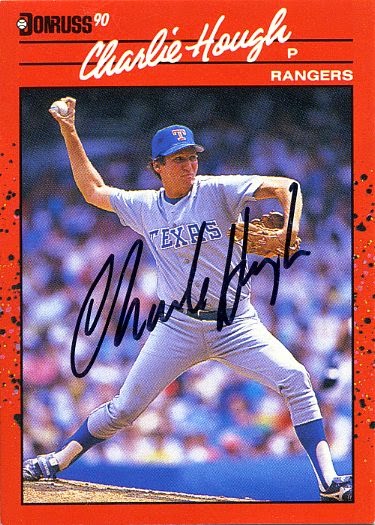 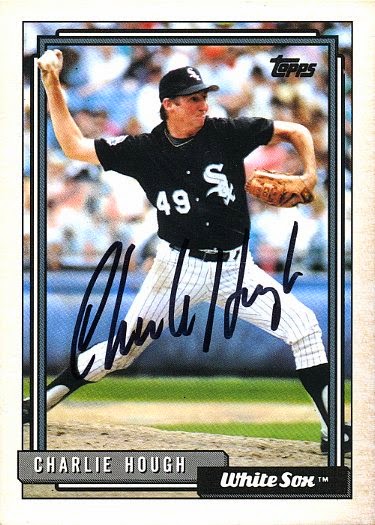 I sent the ’86 Mini Leader up there because it just seemed like it was dying for a signature. After that I wanted to get a couple nice grips, as shown in the ’90 Donruss and ’92 Topps shots here.

But the one Hough card I really like out of this batch is this ’92 Donruss. It’s such a fantastic baseball photo – straight back at the pitcher, exquisitely focused, with just a hair of the catcher on the right side of the frame. The ball is frozen, floating, dancing its way to the plate. Where the hell is it going? No one knows – it’s a knuckleball, after all. That’s the whole point. 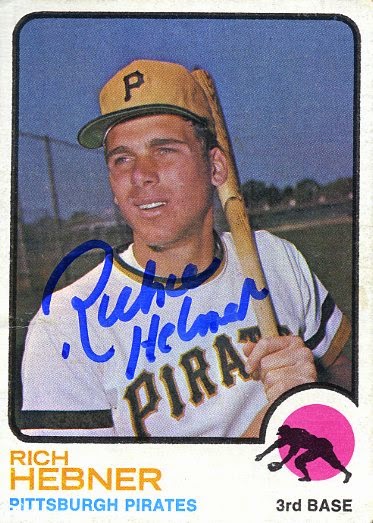 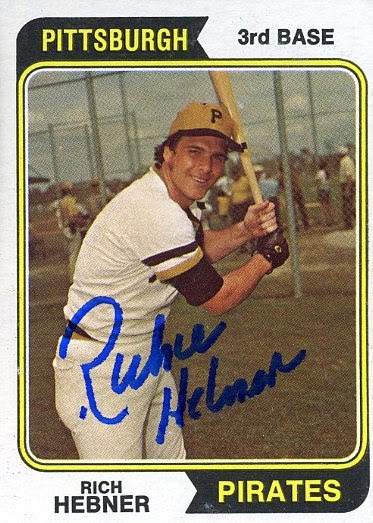 Yesterday’s trip to the mailbox saw a return from Rich Hebner, former ‘Bucco and member of the 1971 World Series championship team. Hebner had a long playing career that started when the Expos selected Maury Wills from the Pirates in the expansion draft, leaving a vacancy at third base.

Currently, Hebner is the hitting coach for the Buffalo Bisons, Toronto’s AAA affiliate. These two great cards (which made their way to me in the big vintage buy this spring) came back signed in 28 days. 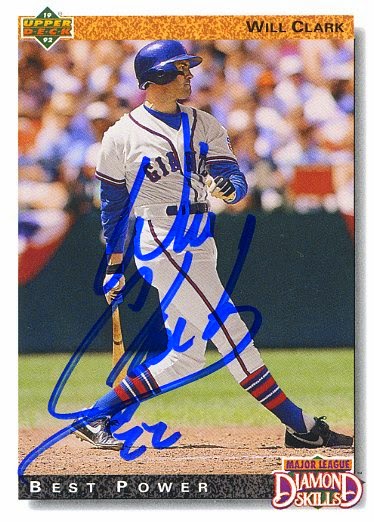 Finally, we come to my favorite return of the week. There’s a certain air of excitement when the mailbox opens to reveal a return envelope. I don’t code my returns like I did when I was a kid, so I’m left guessing at the postmark, the thrill of a promising autograph in my hands.

Well, this one is from none other than The Thrill himself! Although it was postmarked from Louisiana, I’d sent this to Will Clark via the Giants. Maybe that leaves some hope for the initial cards I sent to him at the Louisiana address. At any rate, I’m just happy to get this one back from one of my favorite players when I was growing up.

Will was always exciting, and played with a hustle and grit like Kirk Gibson, but never seemed quite so dour. You felt like he was truly having fun out there. Check out the excellent vintage jersey on this ’92 Upper Deck, too! This Diamond Skills subset from ’92 UD is pretty neat, and I may just see if I can get some more of them signed – I’ve got a Wade Boggs waiting in my stacks.