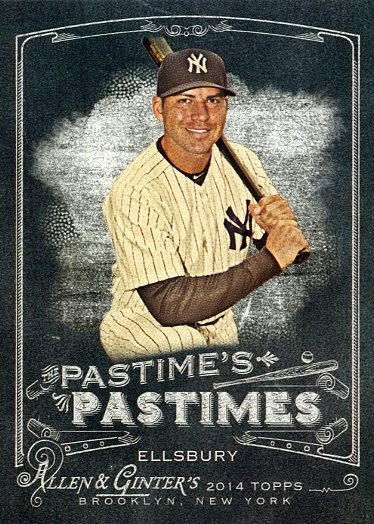 This post will be a pretty quick update, as I’ve got a doozy of a post coming later on this afternoon. One thing that I was on the lookout for at the card show was some of the recent releases that either never pop up in the big box stores or for some reason take seemingly forever to reach my area. This was a full month ago, but Ginter still hadn’t made it into the Target shops around here, so I was excited to pick up a couple packs and see what it looked like. Also, I was woefully behind on the blog roll and hadn’t seen all the wonderful boxes and packs you’d ripped, or I probably just would have sprung for a box.

What’s funny is that the next week I found A&G in my local Target.

I know this is a Yankee stink card (damn Yanks!) but these Pastime’s Pastimes cards look downright fabulous. Bravo to Topps for a job well done on the massive insert set, because now I’m going to try to put the whole thing together. I’ve got six so far – Ellsbury, Sabathia, Maris, Adam Jones, Buchholz, and Crush Davis. If anybody wants to send some my way, I’ll be delighted. 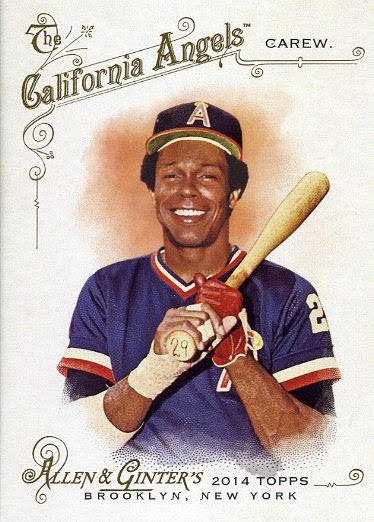 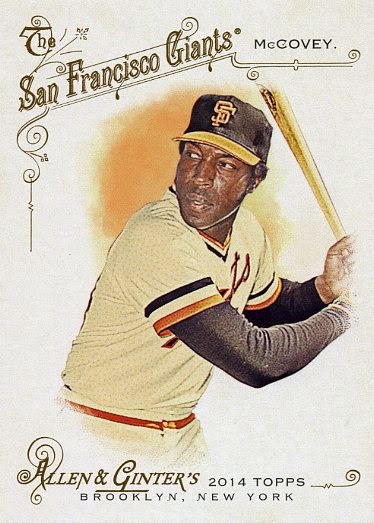 You guys all know what Ginter looks like this year, so I’ll spare you a ton of images. I will say that I am absolutely floored by this year’s design. Most of the image selections I’ve seen are quite nice, and the border filigree looks great. Here are two of the HoFers I’ve pulled in my first couple packs – nice shots used for each of them. 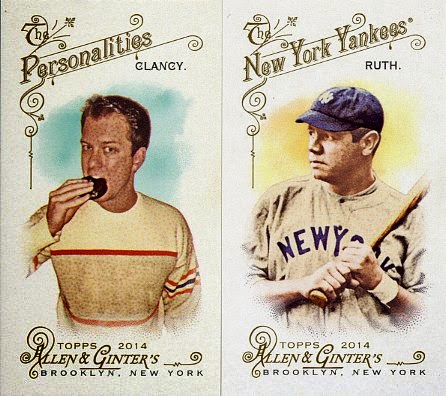 Oh minis, I suppose we’ll never be able to quit you. I got some ding-dong eating a Ding Dong, and the Babe. Someone (I forgot whom, please forgive me) posted something recently to the extent of “seriously Topps, I don’t need Babe Ruth in my sets for a while.” I definitely concur with that sentiment, even for a legend of his size/status. 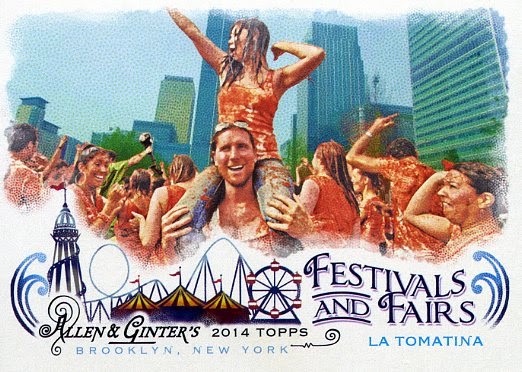 Insert time! I don’t think I’ll bother hunting down this set, but as a photojournalist who has covered some crazy public events, I do like this shot/card a lot. Definitely keeping it in my oddballs. The inserts I’ve seen that I do want to put together are the mini Little Lions, the Fields of Yore (gonna need two ‘Dome cards of course) and the Air Supremacy set. I think the Ne’er-Do-Well Minis are pretty neat too, and I’ll definitely need a Jean Lafitte if I don’t decide to chase them all. Lafitte operated out of Galveston, which is where we go to the beach. 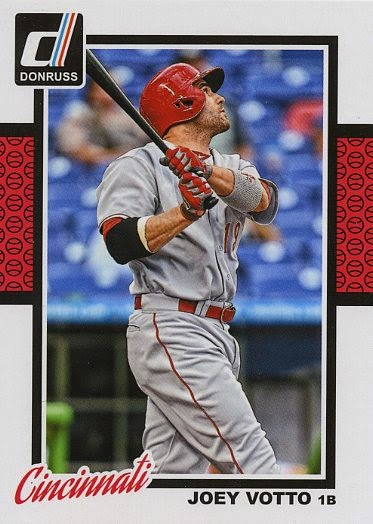 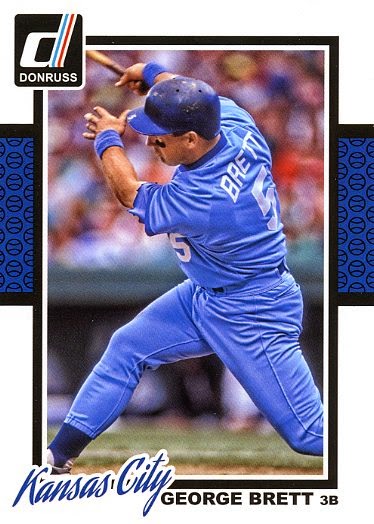 I found a couple dealers with boxes and packs of 2014 Donruss, a set that I happen to think looks pretty darn good given the lack of licensing. I had really hoped that this would pop up in retail, but alas it was hobby only and the only Panini product my LCS picks up is Prizm from what I can tell. Some of the shots aren’t so great due to the photoshopping, but I think Joey and George here have pretty nice cards. 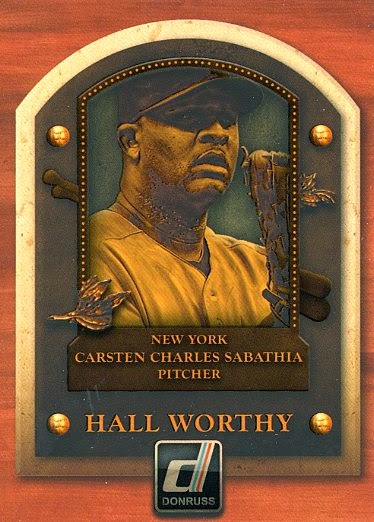 Ouch,  a Hall Worthy insert for C.C. Sabathia? I mean, I think if you were making that argument five years ago it might have some legs, but with his injuries and downturn it sort of seems like a bit of a long shot. I got to see C.C. pitch in AA way back when – I’ll have to share a store of that on the blog before too long. My other Hall of Fame related insert is this Joe Morgan Power Plus card, which I think is pretty cool. It’d be way better if he was pictured in a Houston jersey, obviously. 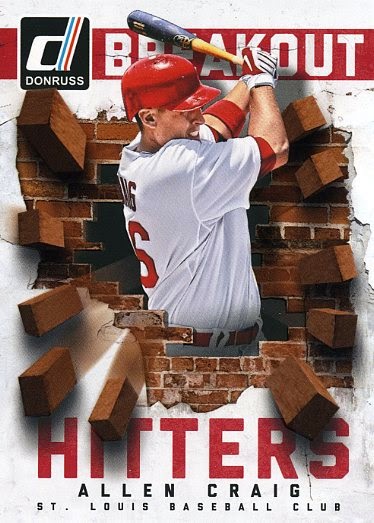 I picked three random packs out of a box which guaranteed a signature, and did that thing where you second-guess one of your selections and swap it for another pack. I suppose that worked, because I came away with a Jason Kipnis signature card. I like the overall design working here – it reminds me a bit of the ’58 Topps All-Star cards, and I think it’d be neat to pattern a custom off of these, removing the signature box and extending the photo downward. Maybe if I get some photoshop time I’ll hack away at it. I’d probably replace “Donruss Signatures” with the team name. The last insert I pulled was this Allen Craig Breakout Hitters card, which is pretty decent. I think it looks better in hand than scanned for certain.
Any of the Donruss inserts are for trade, save for maybe the Joe Morgan, so let me know if you’re interested.
– Bru