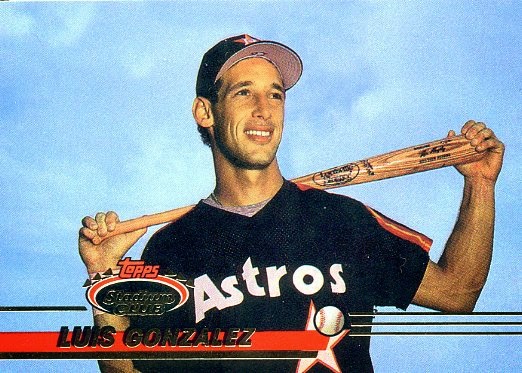 Whoo! I hope I didn’t butcher my French too much up there.

This post is extremely overdue, as are the couple dozen others that are sitting in my drafts right now. As most of you have found out, Kevin from The Card Papoy is a pretty fantastic trader. Oh, and he’s from France!

I reached out to Kevin to see if he had some spare Astros in his stacks of mid-90’s goodness. This ’93 Stadium Club of Luis Gonzalez (one of my favorites from the team) is just one of the many great cards he sent my way. 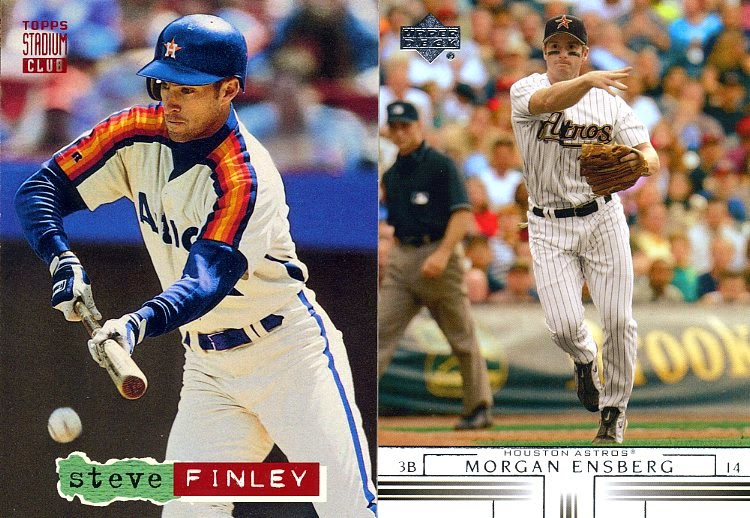 How’s about some more team favorites? A great bunting shot of Steve Finley, and there’s no doubt that Morgan Ensberg is throwing someone out from the hot corner. Finley was unfortunately jettisoned in a massive trade that also saw Caminiti and several more shipped to the Padres and brought us back Operation Shutdown, a light-hitting shortstop, and other assorted pieces. Meanwhile, Finley went on to win five Gold Gloves, garner two All-Star appearances, and win a World Series title with the Diamondbacks. Ensberg had some injury troubles (and also wound up with the Padres at one point) that ended his career a bit early. He’s an excellent student of the game, and ran a wonderful blog about baseball before coming back to the Astros as an instructor this year. I’m just happy that he’s back with the club.

A few of the 1998 Collector’s Choice cards have found their way into my collection in recent trades, including this great sliding shot of Richard Hidalgo. 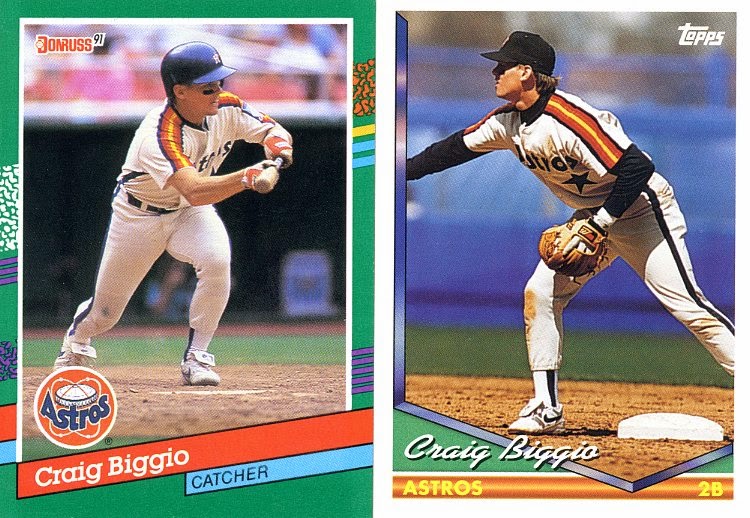 Kevin was kind enough to send some Biggio’s my way as well, most of which I lacked. There’s another great bunting shot from ’91 Donruss, and an amputee shot from ’94 Topps. 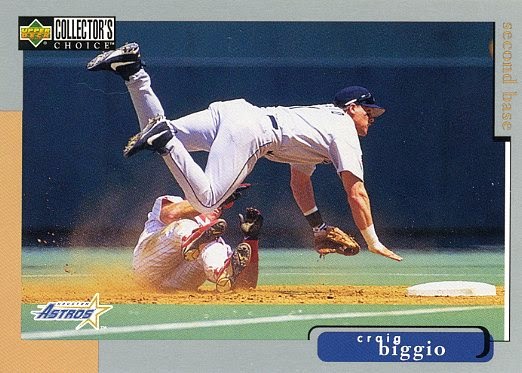 But the highlight was this other ’98 Collector’s Choice, which at first glance appears to be the late frame of a double-dip shot. Upon further examination, however, that sure looks like a foul line in the foreground, which would make this seemingly from a play where Craig had to cover first base. You’ll also notice that Craig got one of the colored star player borders. 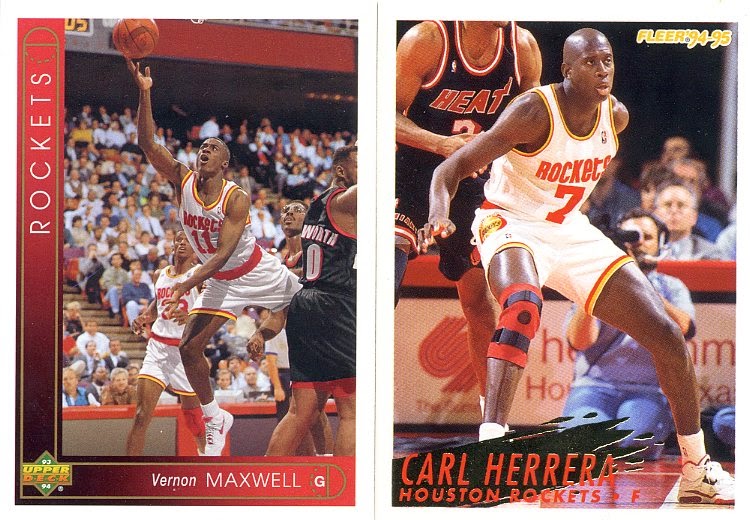 Kevin’s a basketball fan as well – specifically a Knicks fan, so I’m sure he was happy to send a few 90’s Rockets my way. That was really cool of him, but the neatest thing about these is that they are French issued cards! I loved watching Vernon “Mad Max” Maxwell. I saved the best two for last, though.

Merci beaucoup, Kevin! I’m piling up Jays and Knicks to send back across the pond for you.