So while I was catching up on posts a little while back (I still am, of course), I wrote about how I came to love this year’s Allen & Ginter set. Those of you who are fans have long known this. Shortly after I had bought those packs that resulted in the aforementioned post, I decided to give a blaster a shot. I was so happy with the results that I promptly scanned them to share with all of you, and then promptly forgot to post about it. Here goes nothing.

We’ll start off with a pair of base cards. Among the many non-ballplayers in the set, I’d been hoping to land the Chuck Klosterman card in particular. That Raines is a fantastic card, too. Chuck’s disappointed that Rock didn’t get elected into the hall this year. 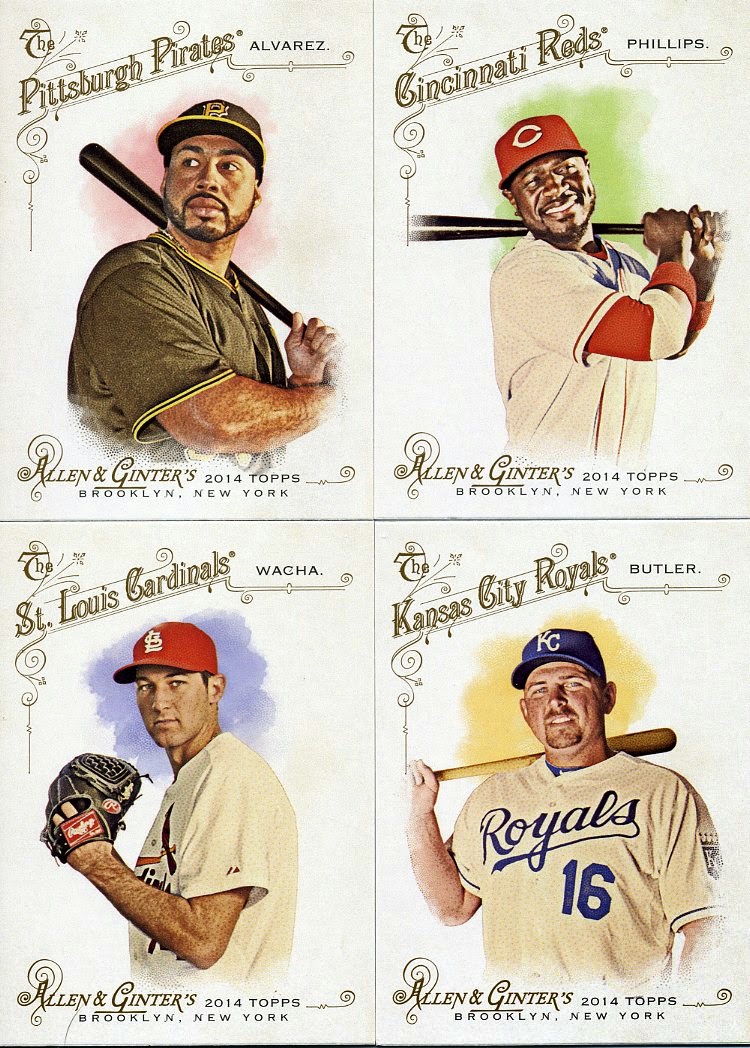 The box gave me some high numbers as well, including these four. Not too bad. Checking TCDB, I still need about half of this set. I think that’ll be a 2015 goal. 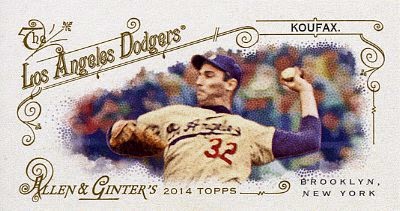 Of course there were minis as well. This Sandy Koufax not only looks fantastic, but also is an A&G back.

More minis! How’s about that crew of Hall of Famers for you? Plus a super-cool Gerrit Cole black bordered beauty.

And I finally got some of these Little Lions minis. I’ll take any of your spares, please. 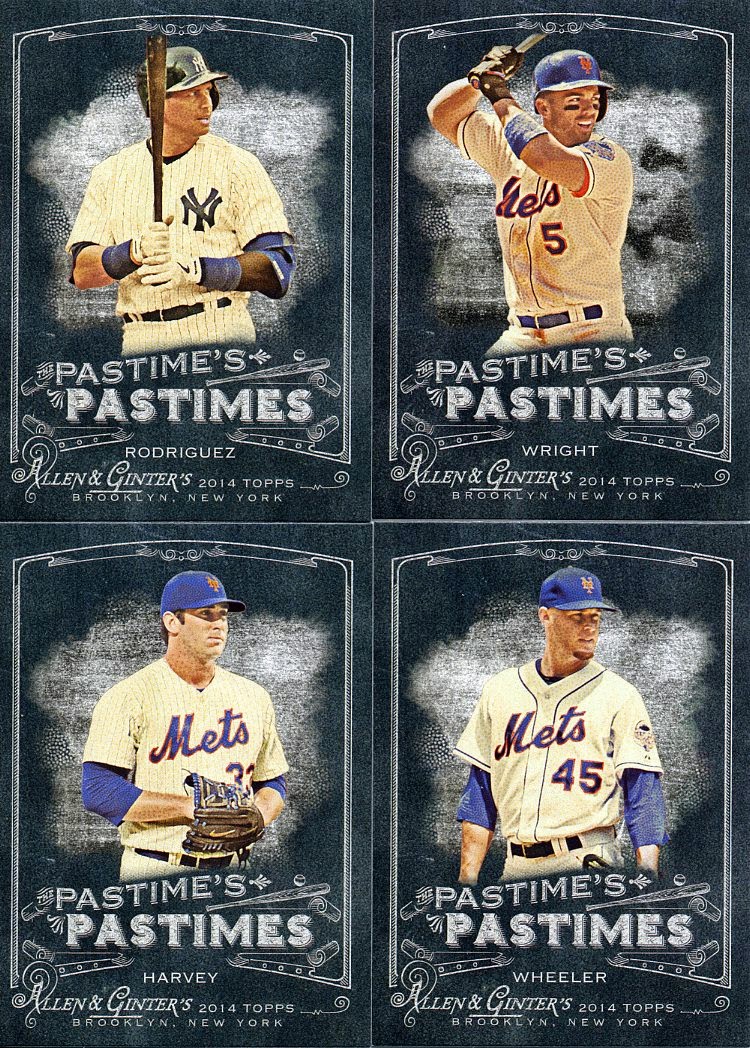 There were plenty of chalkboard cards in the blaster as well. Unfortunately the four that I didn’t have already are all New Yorkers. Blech. No offense to the Mets players, I actually think these three are fun to watch, but that’s some serious East Coast Bias. That’s four closer to the set at least.

But there was one more card tucked into the blaster that I need to show you. One that made it all worth it. 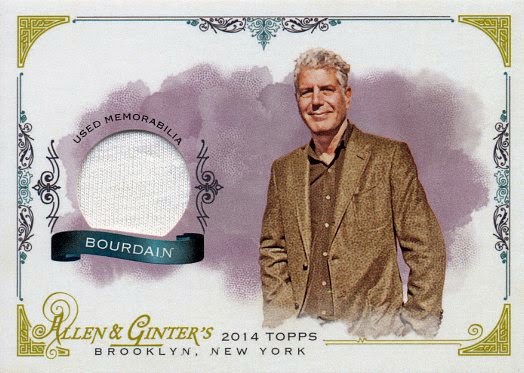 Kaboom! One swatch of what is most likely a plain white t-shirt possibly worn by Anthony Bourdain whilst he was drinking and eating somewhere with a camera. I have an unashamed love for this man and his various shows, so I could care less whether he ever actually wore this – it’s just a nice piece to own.

0 Replies to “Catching Up: A Long Overdue A&G Blaster”