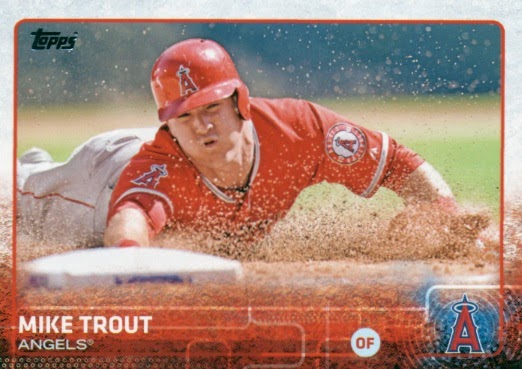 It’s the last day of March and I haven’t made my goal of finishing up all my drafts. That’s partly in due to me prepping many more drafts, however. This will be my fourteenth post in March, though, so that’s certainly a reason to be happy.

I decided to put together the base set this year* after liking the design so much, so I’ve bought a few more cards than I normally would. I picked this blaster up a month ago and snagged Mike Trout, who is depicted sliding into the bag in what is arguably one of the best photos in the set. 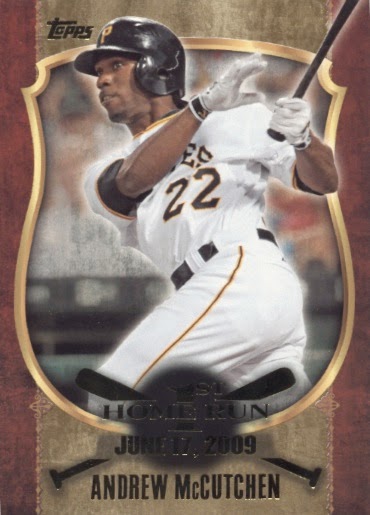 As for the rest of the blaster? Meh. I added a bunch of base cards I needed, but the inserts are lacking. Oh, and horribly collated. These first home run cards are horrifically boring in my opinion. Not to mention that I’d already pulled this same exact pair out of a previous blaster. Blech. Both are available. 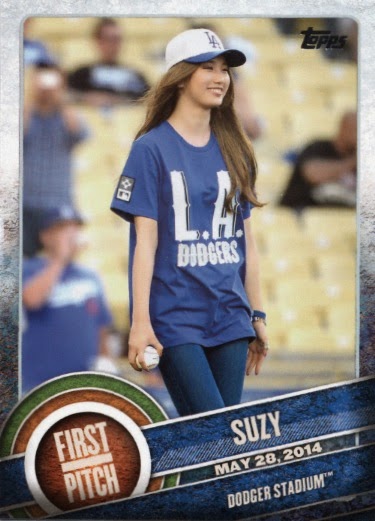 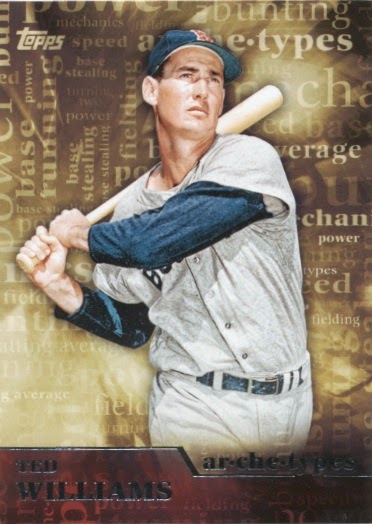 The First Pitch insert is alright, although I have no use for Suzy here. I’d like to see this done with a longer checklist featuring more ballparks. There’s too much Dodger blue and Wrigley Field featured here. I’ve got the Jeff Bridges and Jack White cards, so the only other one I really want is 50 Cent – because that pitch was atrocious.
As for the Archetypes insert set – I actually like these a lot. This feels like a throwback to my mid-90’s inserts that I love, the checklist is strong (understandably so) and isn’t too long. Although I have a bone to pick with insert checklists – it seems like they always end in multiples of 5 or 10, which is fine I suppose. That is, until I want to put them in a binder, and then I’m stuck with one card on the back of a page, or four cards finishing up a 40 card set all by their lonesome. 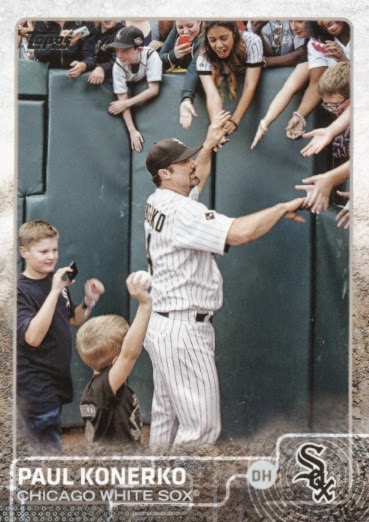 I managed to pull a short print in the blaster as well, this one featuring Konerko’s swan song. I think I might chase the actual variant photo short prints this year, but not those stupid sparkle variants. For now, Konerko is staying put. I’ll let you know if he becomes available.

Alright, here’s the wantlist you’ve been waiting to see. I’ll add it to my Google Docs list as well.

Thanks for all the help, y’all. Opening Day is just six days away, can you believe it?