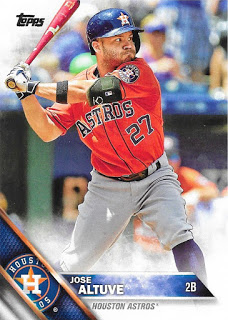 Today after work, I checked my local Target on a wild hunch. I’ve known them to put cards out a day early, so why not go ahead and see if they would do it two days early? Well, it paid off, and I walked out with two rack packs and a blaster of 2016 Topps!

So, without further ado, allow me to present you my first Astros cards of 2016, starting with our main man, Jose Altuve. That’s a pretty sweet batting shot of our second baseman, if I may say so. 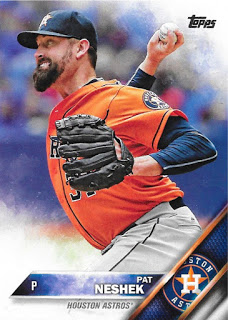 And a trio from the pen, including now-National Oliver Perez.

And, let’s add a fourth, shall we? Here’s sidearmer Pat Neshek, who will probably be down to 7th inning duty at this point, now that we have Giles and Gregerson to lock down the 8th and 9th. This one should have some ink on it before long.

The last two Astros cards I pulled were of the horizontal variety. That’s the team celebrating after Mike Fiers no-hitter on the left, and over on the wins leaders we have 20-game winner “Cy” Keuchel and Collin McHugh. How many of you knew that McHugh beat out the rest of the AL pitchers with 19 wins? Short-changed on this card? King Felix, who tied Price with 18. 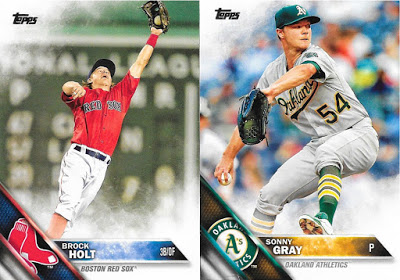 Alright, let’s show off a few of my favorite photographs in the pack that weren’t Astros. Here are the best fielding and pitching shots I pulled. Sonny Gray just looks classy as heck with the high socks.

Here’s a pair of horizontals as well. Hmm, I seem to have picked both Tigers cards. The “Motor City Mashers” is a checklist, featuring our dearly departed J.D. Martinez. Kinsler might be my second-favorite second baseman (say that five times fast) in the AL, and that’s a nice shot.

Are you ready for insert mania? Because there’s a boatload of them. Including the three parallels, I pulled thirty-one non-base cards. 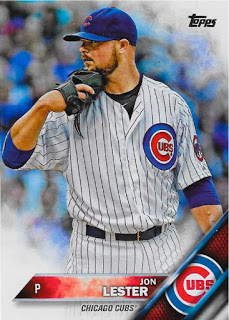 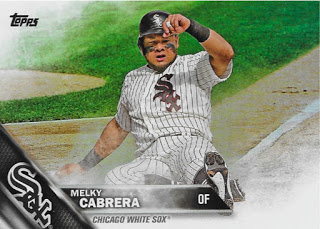 Oh hell, let’s start with the parallels. These two cross-town Chicago-ans are Rainbow Foils. I tried to bump the saturation so you could tell – it shows a little better on the Lester. Both available. 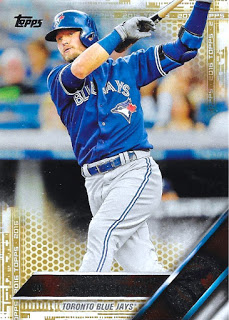 This is a Gold parallel. Hi MVP Josh Donaldson. As you can tell, the nameplate and team banner are foiled, as was my scanner. Hah, puns. 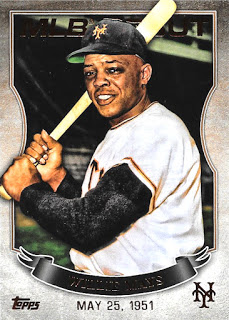 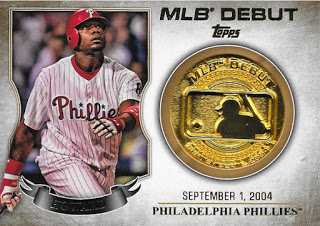 Here’s my manu-“relic” MLB Debut coin from the blaster. Thick as a full pack of cards. MLB Debut looks to be the “First Home Run” insert of 2016. Blegh. I’ll keep the Willie Mays, though.  The ones I pulled in the rack packs had silver foil, the blasters had copper foil. Not pictured: Victor Martinez, Mike Piazza, Paul Goldschmidt, Mike Trout (copper) and Bernie Williams and Doc Gooden (silver). All others available but the Trout. 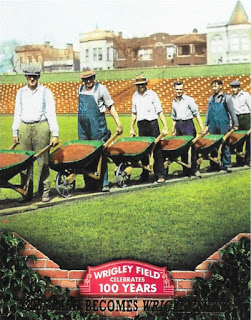 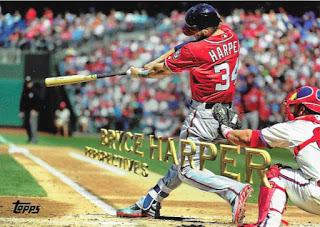 As a photgrapher, these Perspectives inserts are pretty cool. I could do without the word art. I pulled Harper, Buxton, and Bryant. There’s a 100 Years insert for Wrigley Field, too. I have no idea how many are in the set, but I know who’s getting all of the ones I pull. Hint, he lives in P-Town. 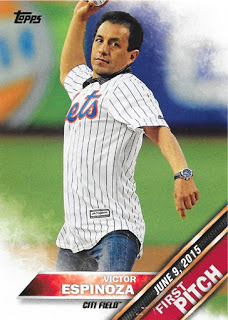 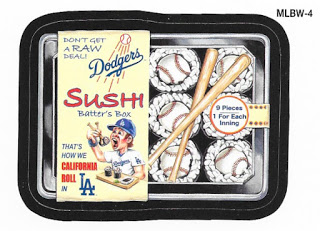 First Pitch is back. That’s the jockey who rode American Pharaoh when he won the Triple Crown. Apparently there’s going to be a Wacky Packages baseball set this year. This is a preview sticker. Both available. 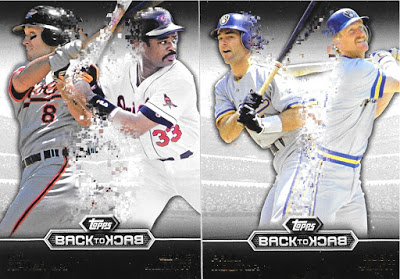 Did you want creepily pixelated/digitized versions of the Hall of Famers from your youth? TOO BAD, you’re getting them anyway. These are fairly atrocious cards of great players. 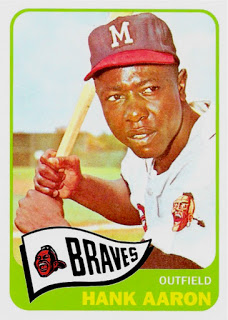 Let’s close with two of the best that ever did it. Willie Mays is an “Amazing Milestones” insert, which is Target-only and seems to be like Archetypes, or perhaps Chasing History. I also pulled Maddux and Nolan. The Aaron comes from the Berger’s Best series, featuring cards of what I think will be a star from each year in Topps history, spread evenly between Series 1, 2, and Update. The downer? Seems like they purposefully printed them a little shoddy. Not pictured: Josh Hamilton (’99), Joe Mauer (’02) and Masahiro Tanaka (’14 – with gold foil).

There were a few more that I didn’t scan, including a Walk-Off Wins digital disaster, and what could have been a really cool insert to chase: Pressed Into Service, which features position players who made pitching appearances. Unfortunately, of the ones I pulled – Musial, Mitch Moreland, and Nick Swisher – only one actually depicts him pitching, and that’s Swisher. That insert should have been all pitching shots.

Perhaps I’ll go check the other Target in my area tonight, and get lucky again. After that, I’ll be done buying until Donruss comes out in a month.

P.S. – I have many trade and autograph posts to catch up on, but school has taken priority. Perhaps I can knock some out this weekend. Thank you to everyone who sent me something!