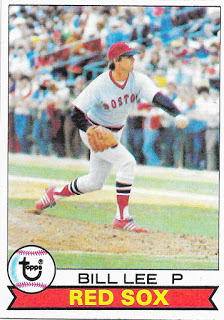 Time to do a little housekeeping and catch up on some trades. This one features a bunch of nice cards from Mark, whose handle over at the Trading Card Database is madams30.

I really love the transaction manager that TCDB has in place, and I just wish I had some more free time to actually structure more trades with people. One of the longtime features of the site is a tool that will let you match up your want list with someone’s sale/trade list. Sometime not too long ago, they rolled this into the actual transaction builder, where you can easily match and select cards. It makes building the transactions a breeze. Finding the cards afterward is the hard part!

Anyway, Mark needed some cardinals, and I’m looking to unload anything that I’m not really focusing on at the moment. So I scouted out some Astros and this 1979 Topps Bill Lee to the right, and we hammered out a quick trade. I’ll hit the highlights.

Bill Lee has 77 cards according to the database, and I’m up to 17 of those. Take out the printing plates and a couple super oddballs, and I’ve got 58 left in my want list. Someday I’ll start a post series on them. 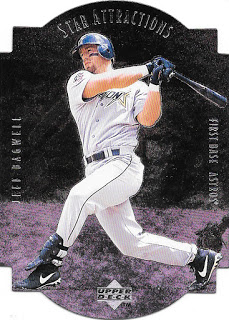 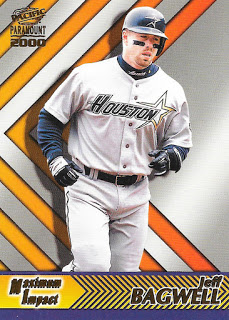 Gotta show off the Bagwells, of course! Here’s some lovely die-cut Upper Deck goodness and some Pacific craziness. 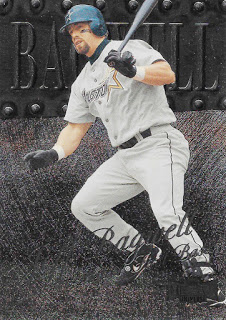 And, some more shiny Bagwell cards – That’s a Skybox Metal which is just all too crazy, and another of Pacific’s litany of releases from 1998-2001. They had some weirdness going on, but I love finding designs I’ve never seen. 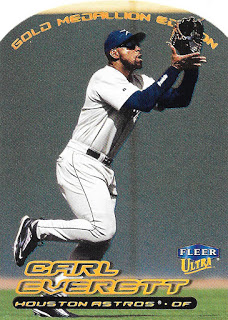 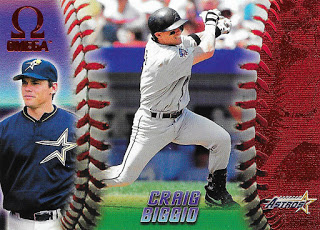 There were several more Astros in the bunch, including some late 90’s parallels, like this Gold Medallion Carl Everett from 2000 Fleer Ultra and the Omega Red Craig Biggio from 1998 Pacific Omega. These aren’t exactly easy to come by, so any such Astros parallels have a welcome home in my collection!

Speaking of Astros and collecting, Astros supercollector The Daily Dimwit has a nice little contest going on at his blog. Check it out!

Alright, I’m definitely backlogged at this point, but job hunting has taken a priority over collecting, so here’s hoping I land something soon and can get back to a regular posting schedule. Happy collecting!

0 Replies to “Tradin’ at the Database: Another Spaceboy”