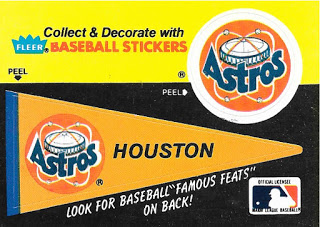 Here’s another overdue trade post. I thought I was doing a little better about catching up, but I dipped back into the drafts folder and noticed that these were received months and months ago.

These great Astros cards came in from Adam over at Addiction As Therapy. He’d claimed a stack of cards when I was breaking up all that junk wax last year, and though I told him he didn’t need to send anything my way in return, he put together a nice package anyway. Thanks Adam! I really dig this Fleer pennant sticker. 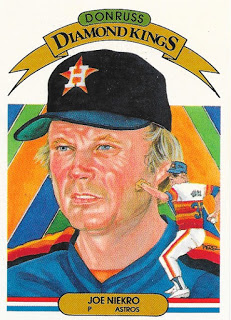 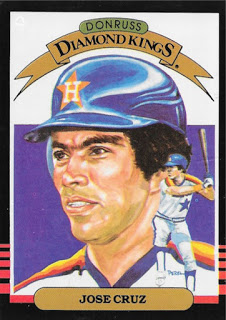 There was also a lovely pair of Diamond Kings, featuring two of the more notable faces of the franchise. Niekro gets lost in the lore, but he was part of some stellar Astros rotations in the late 70s and early 80s, along with J.R. Richard, Nolan Ryan, Vern Ruhle, and Mike Scott. 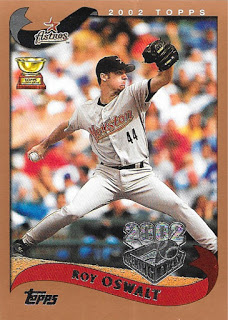 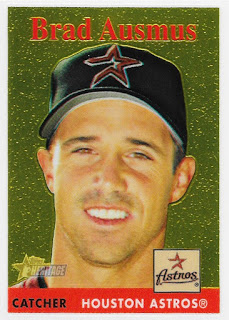 Speaking of fantastic Astros hurlers, Roy O was a dominant force here in town for several years. He spent plenty of time pitching to the handsome devil on the right. Seriously, Ausmus made the local ladies swoon. 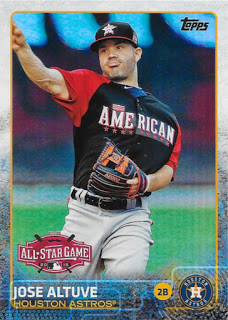 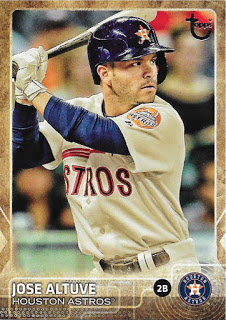 Here’s a couple of fantastic Altuve cards featuring him in not normal jerseys. I will still maintain that the Astros need to switch back to those shooting star jerseys featured on the right. Or make them the regular Sunday alternates, that would be fun too. 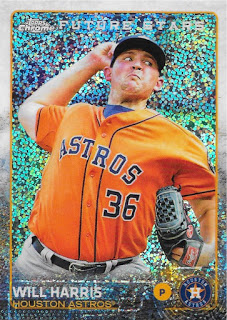 Adam also added knocked a few cards off the multitude of Astros parallels I still need from recent years of flagship. I really dig the yellow bordered Cosart.

Finally, we’ll close out with this fantastic sparkly Chrome card of Will Harris, whose been very steady out of the bullpen for the ‘Stros over the past couple years now. Harris struck out 9.7 batters per nine last year and put up a 1.04 WHIP en route to an All-Star selection. He’s got some tremendous #pitcherface going on – not so much on this card – but if that’s what it takes, then so be it!

Thanks for the cards Adam! Sorry I didn’t post them sooner.

0 Replies to “Overdue Astros As Therapy”