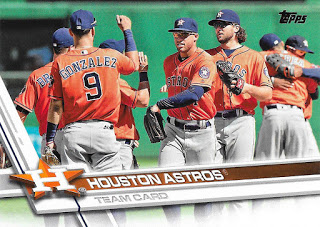 Here’s another semi-neglected trade post. Everyone’s friend and beloved Cubs fan, P-Town Tom of Waiting ’til Next Year sent over a little package right around the time the ‘Stros wrapped up their World Series victory. High fives again, everyone!

Now, you may or may not know this, but it’s tradition for the winners of the previous World Series to send pizza over to the new victors. While I love pizza, Tom’s package was even better. Hence, the title of this post.

The only hobby shop in Houston isn’t really all that convenient for me to get to – it’s a half hour drive on a day without traffic. The Greater Houston area is 600 square miles, and that’s no joke. Therefore, I don’t really see Topps Finest in the wild, so these three mashers were a very welcome addition to the collection. 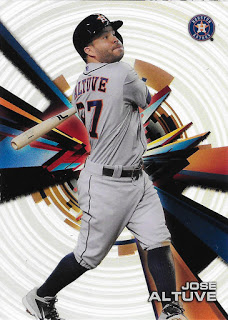 Speaking of higher-end hobby products, Tom sent me this badass Jose Altuve from 2016 Topps Tek. I loved the old Tek sets, so this was pretty cool. I think it’s one of the medium-rare backgrounds as well – just how I like my steak. 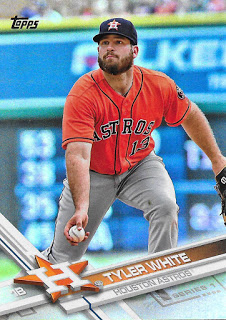 Deeeevoooooooo! I hope he returns to form this season. His last couple months got a little rough in 2017. The Tyler White is a rainbow foil parallel. He kinda got edged out of his position thanks to a nice showing from Yuli Gurriel. 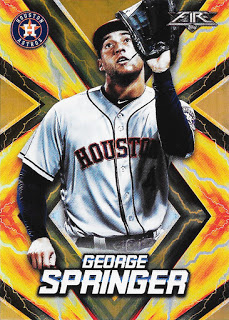 Here’s what spurred this little package – I’m pretty sure I told Tom I could use this Springer – and if I recall correctly, it’s actually the Orange parallel from this set. I’m gonna miss Big Joe Musgrove this season, but I can’t be too sad – after all we get Gerrit Cole! 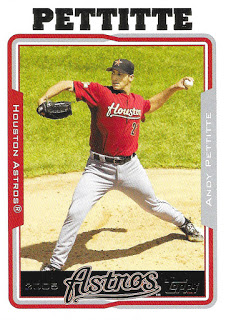 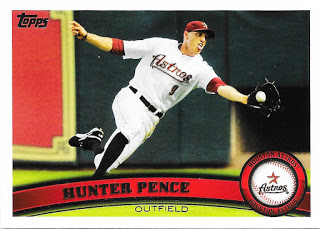 There were a couple older big name ‘Stros in the package as well, including this fantastic Hunter Pence from 2011 Topps that I’ve been needing for a while. Fun fact: in a little over a week, Hunter’s opening a coffee shop basically down the street from us, along with my friend David. It’s gaming/board-game focused, too. Pence spends his offseason here in Houston, and the past couple weeks he’s been up at the soon-to-open shop playing Smash Bros. and Mario Kart and streaming it online. I’m hoping I can get a card signed when the shop opens. 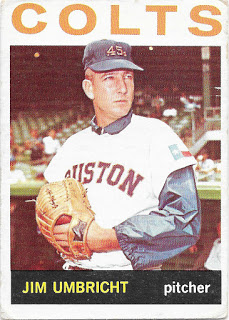 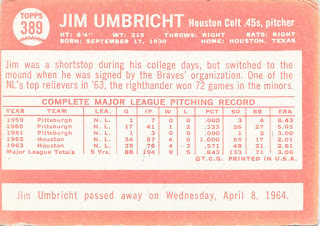 Last, but certainly not least in the package was this 1964 Topps Jim Umbricht – and it is a significant upgrade over the one I already had in my collection. I’ve had a copy of this for a couple years now, and I don’t think I ever turned it over and realized that it’s actually a posthumous release. Umbricht died of cancer in April 1964, and as such the franchise made his number 32 the first retired number in its history. Jim’s ashes were also spread over the site of the Astrodome, which was under construction at the time.

Thanks again Tom for the great cards!

0 Replies to “Better Than Pizza”