Here it is, the last monthly TTM report from 2017! Let’s check presents rolled into the mailbox during December. 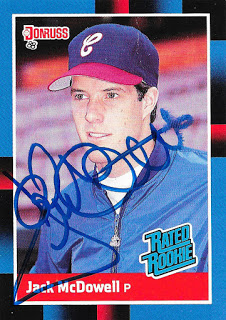 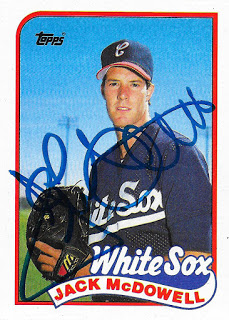 “Black Jack” McDowell got back to me at the beginning of December, scraping in at two days under the year-long mark. The former pitcher was a three-time All-Star (’91-’93) who anchored the White Sox rotation in the early 1990s, leading the AL in wins in 1993 and bringing home the Cy Young award that year. 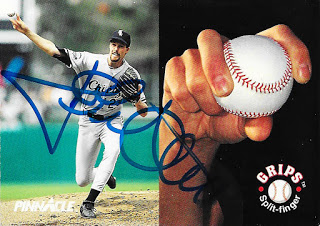 You have to love that 1992 Pinnacle Grips subset. I thought it’d be a fun one to get signed, and I have another I plan on sending out soon (Randy Tomlin, if you’re curious). I’d all but written these off, so they were quite a nice surprise. I dig Jack’s big, loopy signature. 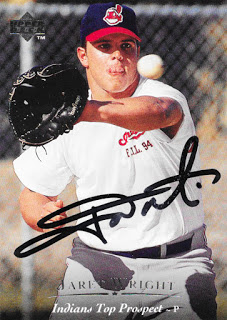 Jaret Wright was hot stuff once upon a time. I remember him being one of those talked about pitching prospects, but of course he came up with a cursed Cleveland club and wound up with arm problems. Check out the Indians “Florida Instructional League” t-shirt from 1994 that Wright is sporting on this ’95 Upper Deck Minors card. I suppose that’s what it was called before it was the GCL. Jaret’s got a nice signature as well – looks like a sharp J Wright there. 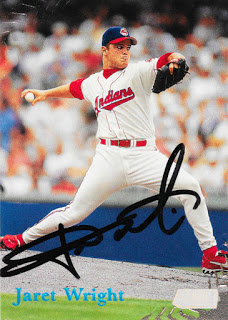 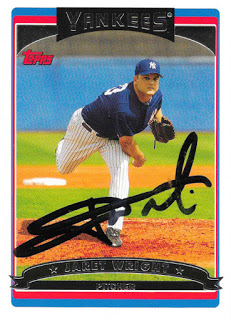 I’d also sent this ’98 Stadium Club – it’s a gorgeous and super-clean set and whenever I can add another signature to one, I usually try. The ’06 Topps is actually one that Jaret added to the return. It’s up for grabs if one of you Yankee fans would like it. 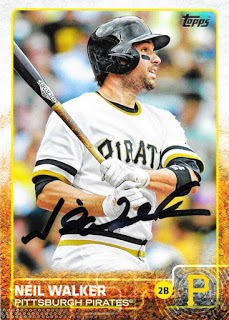 I’ve gotta admit, as a semi-Pirates fan I was a little bummed when Walker was traded away following the 2015 season.  He was a hometown kid, born and raised in the ‘Burgh, and it was bittersweet to see him go.

Neil has one other significant connection to the Pirates, via his dad Tom. Tom pitched in the big leagues for seven seasons – none of them with Pittsburgh, though. So what gives? Well, in the 1972 offseason, Tom was playing winter ball in Puerto Rico, and was teammates with Roberto Clemente. In fact, Tom had helped load the relief plane for Nicaragua and had offered to go on the trip, but Roberto told him that the plane was full and he should stay in Puerto Rico and enjoy his New Year’s Eve. The rest, as they say, is history.

Neil’s a talented second baseman, and I’m curious where he’ll wind up. He’s a free agent now, but he’s still quite serviceable – he managed a .265/.362/.439 line and 1.5 WAR in just 111 games last season between the Mets and Brewers. Surely there’s a team out there that will give him a shot. 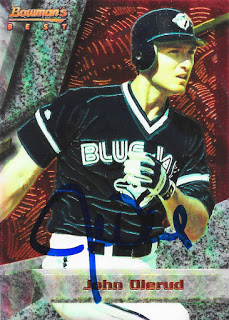 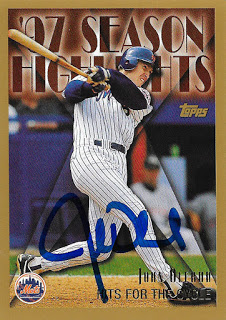 I’m going to tell you a story – it’s part baseball story, and part family tale. My dad spends close to half the year in Toronto for work these days, consulting on systems projects for Rogers Communications. Some twenty-five years ago, though, he was still working for BMC software, and was in Toronto on a business trip. I couldn’t wait for him to come home. It was October, and he was due to fly back the next day, and the Blue Jays won the World Series (I’m 99% sure this was 1992). I was a rabid little baseball fan – some eight or nine years old, and so my dad rushed out into the cold to pick up a memento for me.

I was so excited to see him when he got back – and then there were the magic words, “I brought you something.” I was stunned with suspense as I awaited whatever it could be. Out from the mystical world of Dad’s suitcase came: a Blue Jays championship t-shirt and a WS Champs pennant with facsimile signatures from the team.

I ran upstairs to my room and cried, and said something akin to “I hate the Blue Jays!” My poor father didn’t know what he’d done wrong. I’d been rooting for the Pirates, and then they got knocked out by the Braves, so I should have wanted the Jays to win, right? Except my little Astros/Pirates-loving brain thought the AL and it’s dumb designated hitter were evil, hence the Blue Jays were the bad guys. Plus they had that dumb John Olerud who wore a batting helmet on the field – who did that?! To my small mind this was a grievous error.

Anyway, I was a dumb kid. I’m sorry Dad. I didn’t even know that you ran all over Toronto looking for championship gear for me the day you were supposed to fly back home until Mom told me after the Astros had made it into the Series this year. After this year’s celebrations and pandemonium here in Houston, I can imagine how difficult that was.

Also, at some point I finally came around to accept the fact that Olerud was a damn fine ballplayer, and decided who cares if he looked ridiculous in the field with that batting helmet. That’s the story of this request. 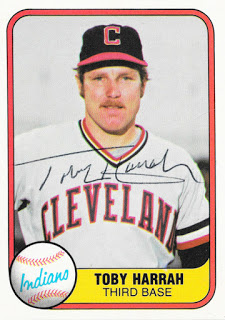 This return was all about sending a fine ballplayer some damn fine cards. Harrah actually had a pretty great career, but suffers a bit due to the fact that he played all over the infield – and switched a bunch. Thus, people often overlook things like his excellent plate discipline, or his 51.3 career WAR across a 16 year career that saw him named to 4 All-Star teams. He lacks your traditional counting stats, but still finished with 1954 hits, 195 homers, 307 doubles, 40 triples, 918 RBI, oh and 1153 walks. 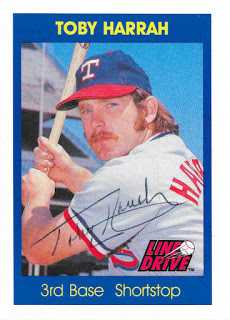 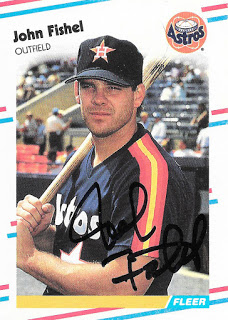 John Fishel: 3/3, 93 days.
The year closed out with one final Astros return in my mailbox, short-term ‘Stro John Fishel. John got into 19 games with the Astros in 1988, the full extent of his major league career. He collected 6 hits and 3 walks in 30 plate appearances, scratching out a .231/.310/.346 line with one homer to his name. That was good enough to land John in the 1988 Fleer Update set and garner the young outfielder some deep roster cardboard from Donruss and Fleer in their 1989 sets. John’s only other big-league card comes from the 1989 Score 100 Hottest Rookies set (which features fellow Astros prospects Cameron Drew and a certain Craig Biggio). There was reason to be optimistic – as a junior at Cal State Fullerton, John had helped bring home a national title and had captured the ’84 CWS Most Outstanding Player award. 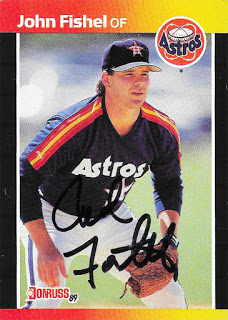 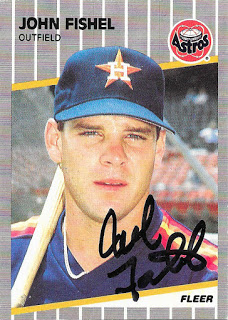 John never did make it back to the majors, however. Prior to the 1989 season he was traded to the Yankees in a package for the final season of Rick Rhoden. John would spend all of 1989 and 1990 in AAA Columbus, but struggled, hitting just .218 and .200 across 196 games, and would hang up his spikes after that.
Alright! It was quite a year for the old autograph collection. There were a lot of cool returns in there, and plenty of new Astros autographs. Let’s do it again!
May your mailbox always be full,
– Marc