by MarcPosted onApril 18, 2018July 9, 2019
Yikes! A new project at work, dual birthdays at home (the wife and I are just three days apart), and tax season have conspired to keep me away from posting. That ends tonight, though – the taxes have been filed (and accepted, hello refund!), work is falling into place, and I’ve got a few moments to whip something up on the ol’ blog.
The last two posts here have showcased cards from Johnny, and this one will be more of the same. Johnny hit me up not once, but thrice over the past year, and I’ll finally be able to call myself caught up on our trades once this post is up. Fortunately, these cards only arrived in February, so I’m not too far behind. 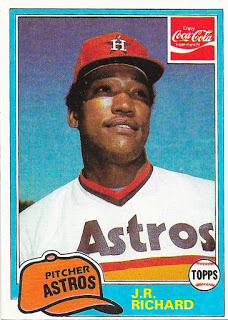 The package started off quite strong with some fantastic food issues from the 80s, including Burger King and Coca-Cola variations of J.R. Richard from 1980 and 1981. 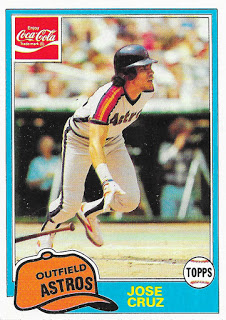 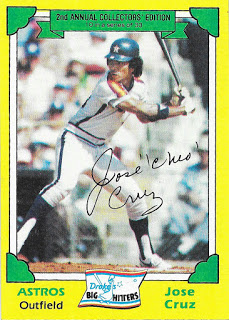 Even more food goodness was found in the form of Jose Cruz cards – another 1981 Coca-Cola, and a Drake’s Big Hitters card from 1982. 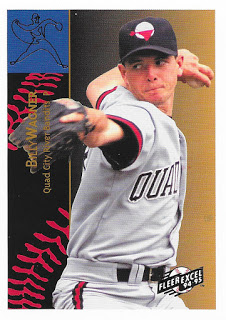 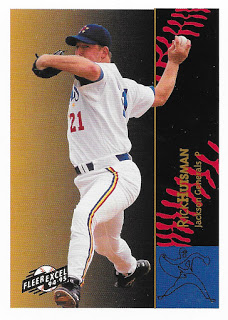 Johnny must have ripped a bunch of 94-95 Fleer Excel, as I saw these pop up in several posts around the blogosphere. I think just about the entire team set was there, but these two polished off my set needs. Gotta love that Billy Wagner pre-rookie! 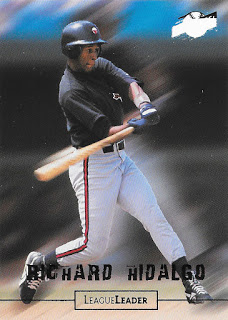 Along with the base cards, this League Leader insert featuring a very young Richard Hidalgo was another great minor league find. Hidalgo led the Midwest League with 47 doubles in 1994. 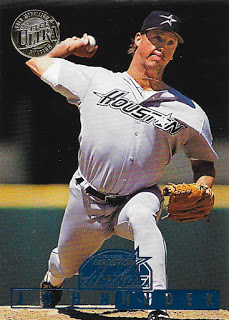 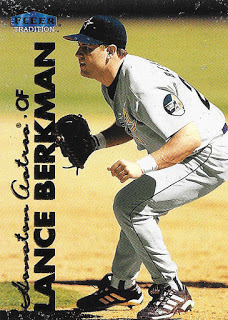 I got some star-studded rookies as well, including a Gold Medallion parallel of All-Star John Hudek from 1995 Ultra. John’s daughter Sarah was pitching in college up until a few years ago, but I’m not sure if she’s hung around the game since then. Johnny added another card of Skinny Lance to my collection as well. He’s listed as an outfielder, but is clearly getting some infield work in here. 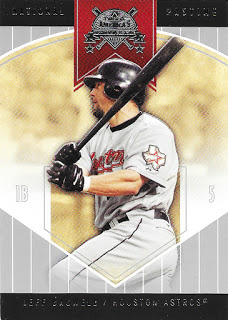 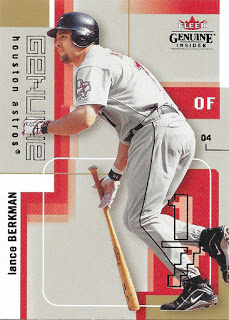 Of course, there were plenty of Killer B’s present in the package, including a couple Bagwell’s that I was missing, and there was a nice dosing of mid-aughts cards that I’d missed in my days away from collecting. 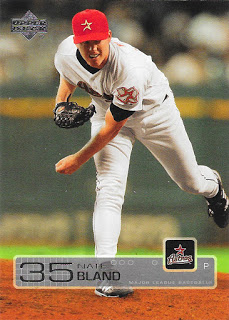 There was another batch of 2004 Bazooka cards, including this sweet 4-up sticker card. If you squint right, you’ll notice that Andy Pettitte has taken up residence in the upper right corner. I do believe Johnny also sent me my first Nate Bland Astros card, which I was happy to discover exists. Now to just track down a good address and get one signed! 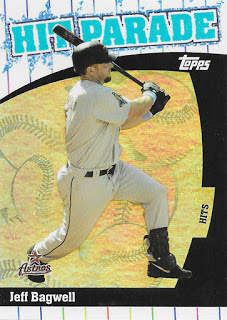 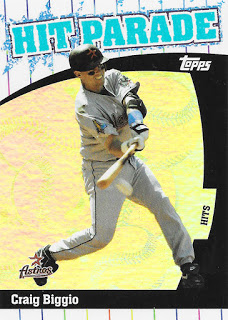 I can’t quite recall off the top of my head, but I’m fairly certain these are from 2004 Topps. Johnny took my needs down to one more card from this insert set – the third Jeff Bagwell of the lot. 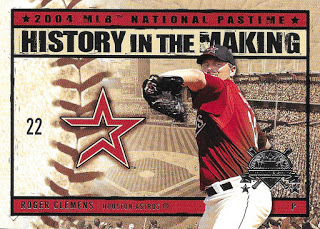 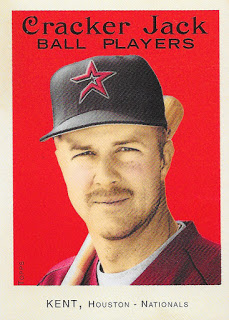 There were some big-name free agents from the aughts as well, including a Roger Clemens insert that I think scratched off a full checklist (love it when there’s only one Astros card in an insert set) and a very nice Jeff Kent from the 2004 Cracker Jack set. That was a really well done set when I look back at it. 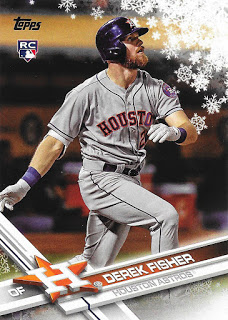 Finally, Johnny also sent over several of the Astros from the 2017 Topps Holiday edition, meaning that he bought far more of it than I did (which was none). I’m extremely thankful for those of you who buy the stuff that I just can’t bring myself to buy and are kind enough to send me the Astros from the lot. Derek Fisher has had some superb appearances as a pinch runner and speed demon, but he’s got to get his head out of the snow clouds and raise his anemic batting average if he’s going to stick at the majors. If his bat doesn’t heat up soon, I wouldn’t be surprised to see J.D. Davis come back to the big league club.

Thanks again for another stellar package, Johnny!