It’s Mother’s Day, and in this house in particular, it’s the first Mother’s Day. My wife tells me that last year counts, and I’m not going to argue that – she was 9 months pregnant and our Lil Bru would arrive in just a couple weeks time. But this is the first actual Mother’s Day here, because it’s my first one where I have to perform all the typical fatherly duties – waking up first, wrangling the kiddo, letting mama sleep in, making sure we have presents, that brunch is lined up, etc.

So of course I’m writing about Father’s Day cards. Last year, when our nugget was but three scant weeks old, the three of us were all hanging out at the house on a Saturday – possibly watching the Astros game even. I noticed that there was a card show going on that weekend – not any show, but the really big one that TriStar puts on here in Houston each summer, and remarked about it aloud, mildly despairing that the following Sunday was the final day. Much to my surprise, my wife told me I should go. What followed was an exchange that approximated to this:

“Really? No, I couldn’t.”
“Yes, really! You should, you deserve it.”
“Are you sure about that? It’s Father’s Day.”
“Yes, really. You should go, take a couple hours and get a break. Then we’ll do family stuff.”

Basically, my wife is wonderful person. So now, while she’s sleeping in and Lil is down for her first nap, I’m going to show off some vintage that I picked up at the show. There’s probably a few more posts coming down the pipe later in the week as well. But first, glorious, glorious vintage. You’ll have to forgive my memory on these pickups being a bit fuzzy, though.

Bobby Shantz, the 1952 AL MVP and winner of the first game in Houston Colt .45’s history. He’s also one of the best out there when it comes to signing through the mail, and I’d been planning to write him again. So when this ’56 popped up in one of the well-loved vintage bins I was searching for a buck, well of course I nabbed it. 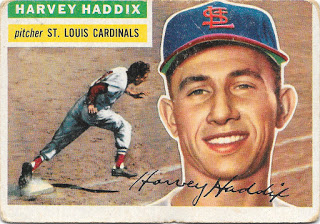 Another ’56 and another Harvey to add to my PC. I love that he appears to be legging out a single here. 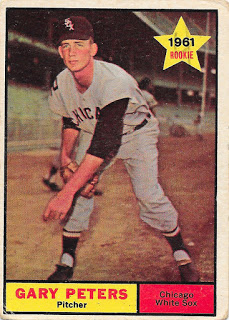 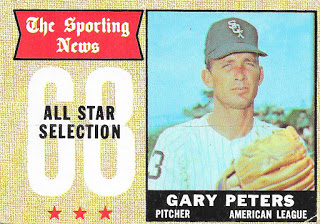 You’ve actually seen these two cards already, both of which have ink on them now. I picked up these two with plans to write Mr. Peters, the two-time All-Star and 1963 AL ROY. The ’68 came cheap with several Astros that you’ll see below. 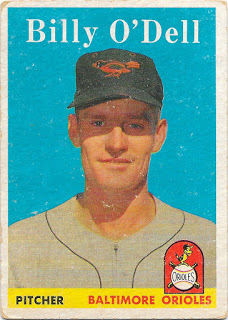 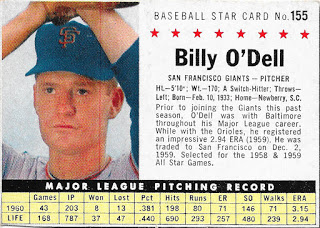 At some point I hit a bin with a bunch of cheap Post cards, which was phenomenal except for the fact that I didn’t want to start building the set yet. If I’d come in with 50 bucks dedicated to that I probably could have knocked out a third of it! I grabbed these two Digger O’Dell cards at low prices, and Billy has since signed them for me. 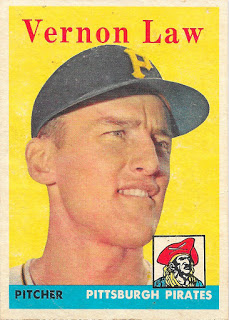 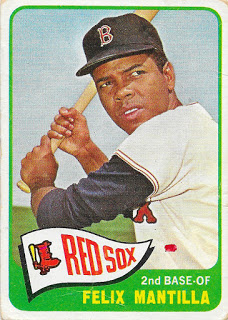 Mmm, more great vintage. I’m a sucker for the 60’s-70’s Pirates, and this cheap ’58 Vern Law was in great condition. I nabbed the Mantilla to send off to him eventually, once I’ve gotten a copy of his ’66 Topps – another pesky high number that is his only Astros card.

Like I said, there was a lot of delicious vintage to be had, particularly in the cereal department. I swear it was a bin of $1 cards, and there were names to be had and cards in good condition. I think I flipped through the entire bin. I actually already had this Felipe Alou, but I knew a user on TCDB that had tried to contact me about it before when mine briefly went on my trade list (I flipped everything there to my trade list a few years back and slowly added the stuff I wanted to keep to my collection), so I grabbed this for him. 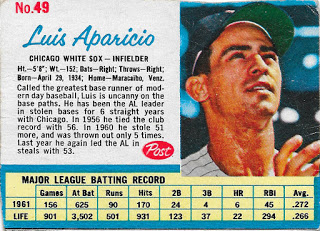 I did not have this fantastic Luis Aparicio, a HOFer whom I particularly enjoyed reading about when I was a kid. One dollar? Of course! 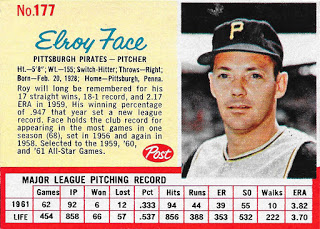 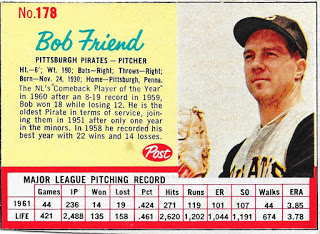 We’ll close the non-Stros portion out with two more Buccos from the ‘Burgh, mound men Roy Face and Bob Friend. These were all in good shape and pretty well cut to boot. If I wanted to get particular, I could try and trim the Friend down with my paper cutter, but I’d rather not risk it – everything was in pretty good shape. 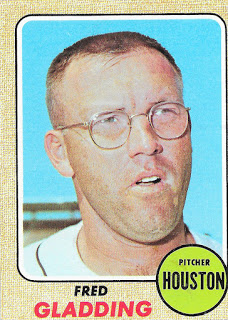 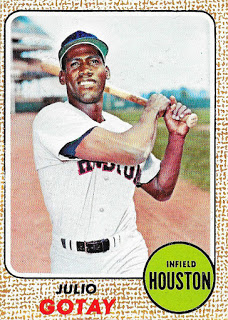 As I said, I nabbed some other ’68 Topps from the same dealer where I found the Gary Peters All-Star. I think I picked up 6 cards for 4 or 5 bucks, and that also included the Denny McClain I showed off in the recent TTM report. Turns out I may have had the Gotay already, I can’t quite recall. 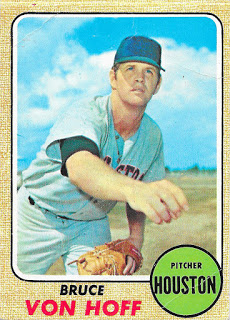 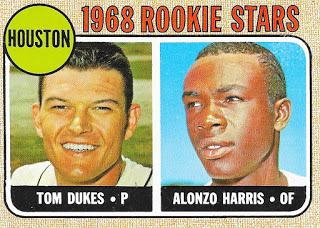 I nabbed the rookie stars card as I still need Tom Dukes and Alonzo “Candy” Harris, which are both pretty good TTM. I’m always a bit torn on these – do I get it signed by both? If so, then I need another card to slot into the Astro-graphs collection. I did find a great photo of Harris in uniform, which I whipped into a custom. I need to check for Dukes. I do recall kicking myself for not spending an extra dollar to get a Von Hoff without the crease. I’d mistakenly picked this one up for TTM and then got home and checked my lists only to remember that he’d passed in 2012. Ah well, if a nicer one floats my way this will fall into the distant ’68 set build I suppose. 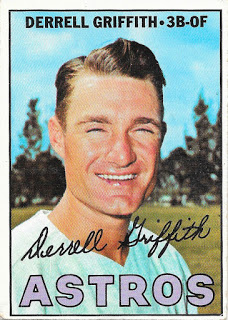 Derrell Griffith! What? That doesn’t excite you? I’d been trying to hunt down this ’67 for some time, as it’s Griffith’s only Astros card. He’s got a fantastic success rate – I need to sit down and write him already. 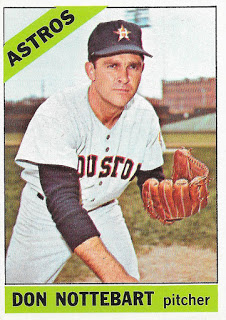 Picked up a pair of hurlers for the ’66 team set as well. I think I got my Bruce signed at some point, so this might have been a replacement. 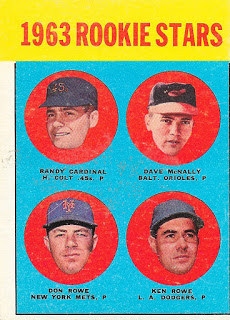 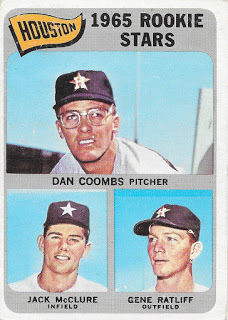 Finally, some more Rookie Stars to finish it off. The floating heads on the ’63 feature one Conrad “Randy” Cardinal, who has also been on my “to write” list for quite some time. Both of these cards have been fairly tricky to track down. The Dave McNally appearance makes the ’63 rookie a bit pricier, and the ’65 featuring Dan Coombs, Jack McClure (never made it to the show) and Gene Ratliff (cups of coffee only) is another pesky high number. It’s actually in fantastic condition, other than centering. It’s also Ratliff’s only card, and someday I may have to shell out for a signed copy because he seems tough to get TTM.
But wait, there’s more!
Yeah, I said we were done, but I had to save this bad boy for last. This phenomenal piece of cardboard cost me just four dollars. That’s definitely something I remember. I know Dime Box Nick will appreciate this one.

Check out that stunning beauty of a ’54. It’s got some ever-so softened corners, and just a very slight offset in the printing (check the lower right corner), but the poses, the grip, the dreamy blue eyes. That’s a damn baseball card there.

So it was a great first Father’s Day last year, and the card show was a phenomenal bonus. I’ll post some of the other stuff later this week. Now, it’s time to make sure this first official Mother’s day is as amazing as my wonderful wife is.

Oh, and call your mom if she’s still with us.

0 Replies to “Mother’s and Father’s”