One of my favorite “new” card pals who has come into our corner of the internet fairly recently is Nick V., whom you can find blogging on a variety of topics over at his WordPress, or on the Twitter machine at @vossbrink. Nick has quickly become one of my favorite persons to talk cardboard with – he’s a fellow photographer with a deep appreciation for all things related to layout and printing. It’s that particular brand of nerdery that drew me to engage with him in the first place, and now nary a day goes by where we don’t exchange at least a few tweets.

He’s also one of the bloggers attempting what we’ve come to call a DocumentaryNOW challenge for his team this season, although he’s focusing on highlights and not every game. He is doing a full team roster from the season though, something I’m attempting as well. I really need to blog about that.

We’ve exchanged a few packages as well, and many a day has gone by since the first one he lobbed my direction arrived in my mailbox. My apologies, Nick – I know you understand that catchup is a long process and blogs take a backseat to work and parenting, but this one is long overdue, as it showed up back in December. Nick grew up a Giants fan, hence the Candy Maldonado card from the 1988 Topps UK Minis leading off this post. The ’88 UK Minis were incredibly more interesting to me than the standard Mini Leaders sets, so I tried to put this one together at one point. It’s also taken a bit of a back seat in my collection goals, but I was happy to check another one off. 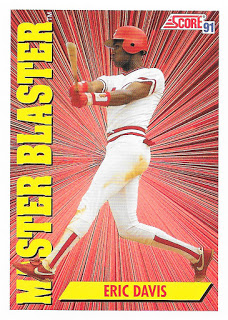 Another early collection goal when I returned to the hobby was the Master Blaster / Rifleman / K-Man subset from 1991 Score. I loved the crazy background of these – K-Men were a blue starburst, if you were wondering – and also the fact that the Rifleman portion was highlighting guys with great arms. Everyone knows that Bo had a cannon (Bo Knows this too), but my favorite part is that the Astros’ Ken Caminiti is featured in the set. 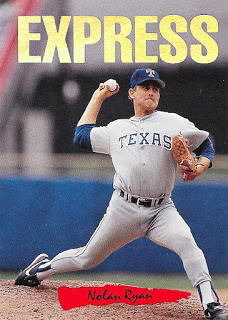 Nick must have worked his way through all the tabs on my Want List, because he also managed to find that I am (slowly) working on the Nickname inserts from 1993 Triple Play. I really dig these – they are essentially what full bleed versions of the main set might look like, with the nicknames utilizing the same font as the player names on the base card, but in a holofoil. I mean, how can you not love these? I’m going to need two of Will the Thrill eventually, so that I can get one signed. 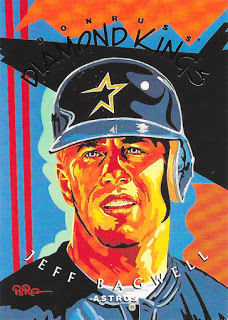 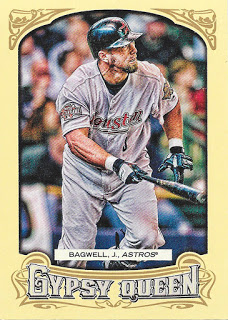 And now, we come to the Astros portion of this lovely little package – starting with a pair of Bagwells I needed. I reaaaaaallly need to update the Player Collection spreadsheet, but there’s just too much on my plate for that at the moment. Gotta love that psychedelic Diamond King from 1994 Donruss, too – Bagwell looks like he’s coming down from some peyote. 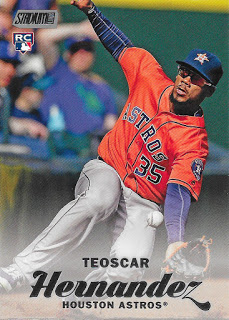 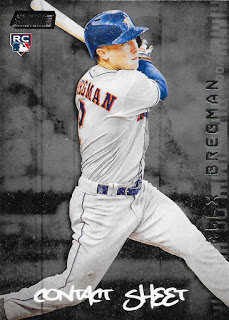 It’s no secret that Nick and I love Stadium Club – primarily because of the photography. He found a few needs for me from the 2017 issue, including a Contact Sheet insert of the smokin’ hot Alex Bregman. Teoscar Hernandez has been having a really nice 2018 as well, although he’s doing it for a struggling Toronto squad. 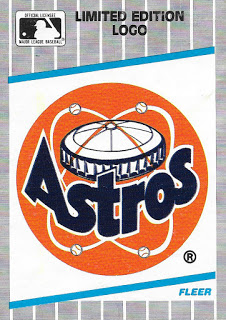 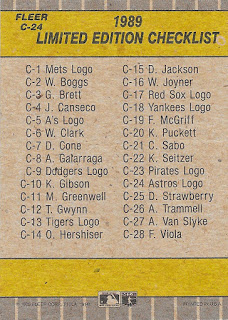 This one really threw me for a loop. A bit of research revealed that it’s a box bottom card from 1989 Fleer – and yes, that checklist is on the back. That’s a weird checklist – 8 somewhat random logos stuck in there. 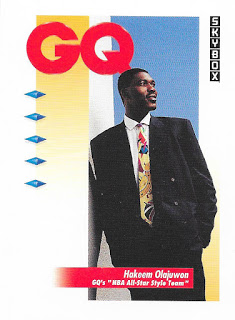 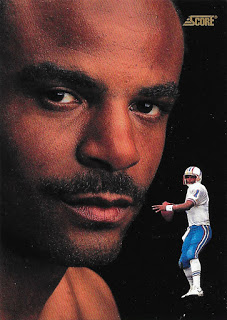 I’m not sure if Nick caught mention of my small Olajuwon and Warren Moon collections somewhere, or if I ever have really mentioned it, or if he just sent these because of the Houston connection. These are fantastic cards, though – that Hakeem card comes from one of my all-time favorite basketball sets, the 91-92 Skybox set, which has incredible graphics throughout it. I’ve toyed with putting it together, but I’m not that big a basketball fan anymore. I have saved a few select cards from it. The Moon is a Dream Team subset card, also highly fantastic. 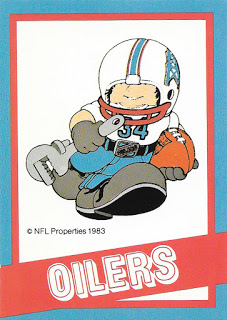 Holy crap I was very confused by this. It really threw me for a loop. And of course, now I’ve totally forgotten what it was from. Love a good oddball, though! 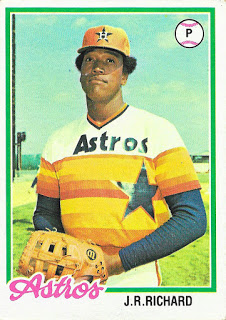 Finally, Nick closed out the package with a lovely J.R. Richard card from 1978 Topps – a set he’s currently working on, and a player we’ve discussed on Twitter I believe. While I had one of these in the team binder already, I got to file this absolutely killer card into my little J.R. Richard PC sheet. TCDB has 116 cards listed for him, including things like harder to find photos from photopacks, about 20 printing plates, and another dozen or two autographed cards that feature other big names – Bob Gibson and Nolan Ryan, to name a couple.

Other than the super-difficult stuff, it should be pretty easy to complete a second run of J.R.’s cards, so I think I’m up for the task. Time to make another tab in the want list, I suppose!

Thanks again for the trade, Nick! And for the rest of you, if you aren’t chatting and trading with Nick already, you’re really missing out.