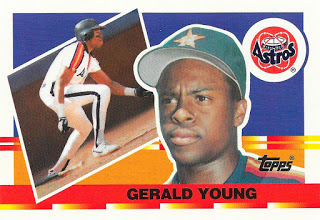 It’s been a rough past few days when it comes to being an Astros fan. First there was the team getting bounced by the Rangers, of all people (enjoy your three-game sweep and no World Series ring), and then there was the atrocious trade deadline pickup of currently-suspended girlfriend-batterer Roberto Osuna. That move immediately took a team who had built up a tremendous amount of goodwill in this community and tossed it to the curb. It was a completely unnecessary move – sure, he’s a good arm out of the bullpen and a “proven closer,” but the team doesn’t need this baggage, several players on the team are visibly unhappy with the decision by the front office, and there were other relievers available. I never thought the Astros would pull off a move like this – not given how far we’ve come on this topic. I genuinely don’t know how I’m going to square rooting for this team with Osuna in uniform, and I can’t root for him. Maybe he’ll blow his arm out in his next rehab assignment and the Astros can dump him off, and he’ll never actually put on that uniform.

Ouch. But you came here for cards! So let’s move on, shall we? Gerald Young is giving me a seriously hard time about how long he’s been sitting in my drafts folder. This is another terribly belated trade post, and this delightful trade came from Kerry at Cards on Cards. These are awesome cards, too! Sorry Kerry. If it helps, I pulled a little something for you the other day. I’ll make sure to throw it in the next package I send your way. 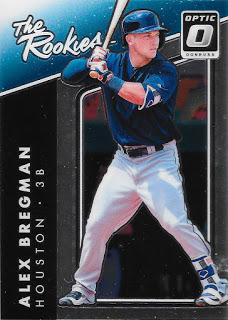 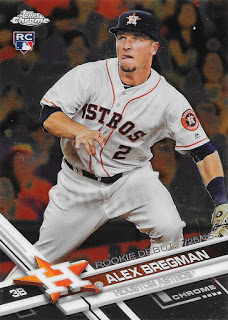 That Gerald Young is great in its own way (although the 1990 Topps Big set is definitely the weakest of the three), but the modern stuff was where Kerry really revved things up. First up in the rad new cards department were a pair of shiny Bregman rookies! 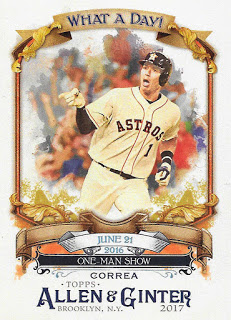 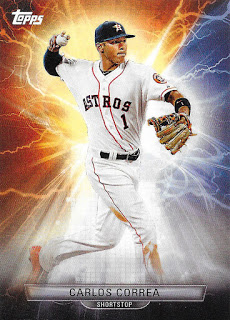 Kerry also found several Correa cards I needed, including this nice What A Day! insert from 2017 Allen & Ginter and this very cool, very mid-90’s-ish looking Topps Marketside card. Carlos looks like he could be on the X-Men here. The What A Day! card highlights a 3-2 win over the Angels in 2016 where he drove in all three runs – one on a solo shot, and the other two on a walk-off single. 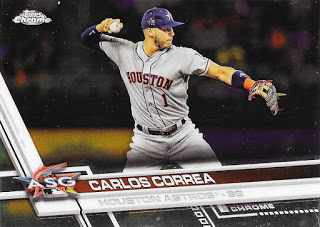 Topps seems to love pictures of Correa throwing. Kerry really did a number on my 2017 Chrome Update needs with this package. I can’t remember if he wiped them out or not, but I’m getting closer and closer to getting my full want list up to date, so I should know soon. I’m about 1/4 done with the 2014 sets now. 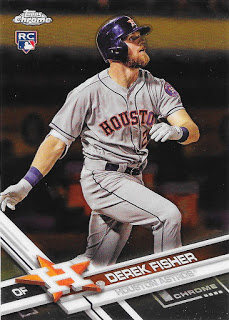 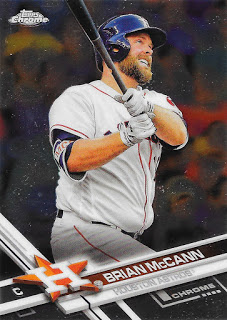 I really enjoyed these two update cards. It was nice to see the McCann Astros cards come around last year, and Fisher has been fun to watch. His bat slumped this year, but the kid can flat out fly around the bases, as shown by the two incredible runs he scored in the World Series last year. Fisher coming up brought the Astros a third “white guy with beard and shaved head” on the roster, in addition to “Brevan McGattis.” 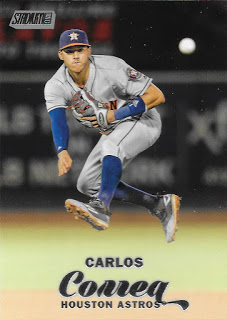 Stadium Club coming in with some great photos – one of the recently departed Giles (sigh), and another Correa defensive shot. I want to take a moment to say that I’m really glad Stadium Club came back with the logo they switched to in 1998 and have held with it. Potentially unpopular opinion – Stadium Club set designs post-revival, ranked: 2015, 2017, 2016, 2014, 2018. 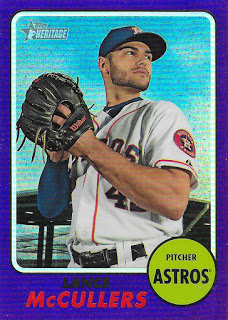 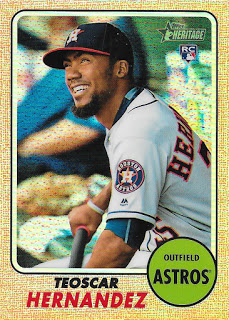 This threw me for a genuine loop. I wasn’t expecting such amazing refractor-y goodness to show up in this package. Last year’s Heritage was an absolute stunner of a set* and these are purple chrome refractors. Yes, that Teoscar Hernandez is faintly tinged with purple in there. That threw me for a loop as well, but after looking up the parallels and their corresponding serial numbering, that’s what it has to be. I miss that kid too – he got pushed out of a talented outfield, but he’s responded by having quite a year in Toronto.
*and led me to whip up some 1968 customs, more on that in a future post. 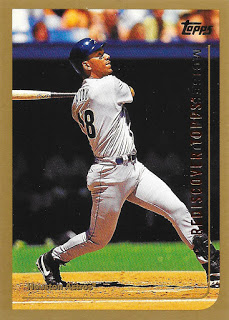 Kerry had a few buybacks for me as well. ‘Stros buybacks are always welcome around these parts. Claude is a gold foil, while Moises is a bronze foil. 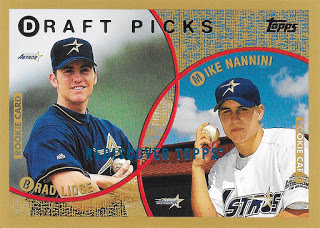 There was also this Brad Lidge RC buyback – a blue foil stamp here, kind of oddly placed in the middle of the card. Pretty cool though. 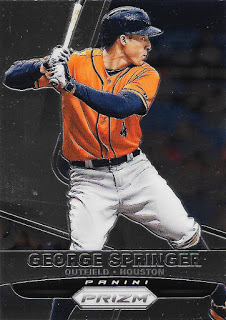 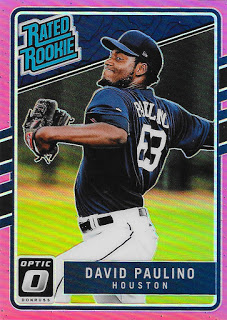 It wasn’t all Topps products in the package, either. Here’s a couple shiny Panini offerings – a 2015 Prizm George Springer and a pink parallel of David Paulino from last year’s Optic. Paulino’s stock was down a bit this season, but I had high hopes that he might make it back. Alas, he was moved along with Giles (and Hector Perez) in that Osuna trade. RIP Davey. 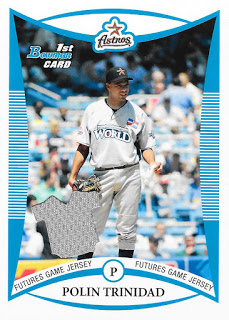 Speaking of prospects, I’ll close out with the real surprise in this package – a Futures Game Jersey relic from 2006 Bowman of then pitching prospect Polin Trinidad. Even failed prospect jersey relics are cool around these parts. My absolute favorite thing about this card, though, is that the swatch window is jersey shaped! How hilarious is that? I absolutely love it.

Thanks for the awesome cards, Kerry! Like I said, I’ve got a little something to send your way soon.