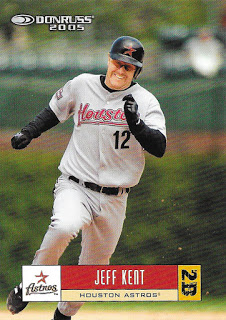 Yowza! I’m running out of time if I want to get this backlog of trade posts out the door by the end of the year! I’d better start hustling like Jeff Kent over here.

Well, the good news is that this post knocks out April for me, the bad news is that I still have over two dozen posts I need to write. I suppose that’s just the price to pay for having the blessing of such an abundant trading community. Take these cards, for example – they came to me from Chris W., who reached out in the comments on one of my blogs. He said he had some Astros I might be interested in, and in exchange for some Cubbies, they were all mine. So I packed up a nice stack of Cubs and sent them off – and boy was I surprised with the return! In fact, I felt so bad about my side being a little short that I started another stack for Chris almost immediately. I should probably send that out in my next batch of outgoing mail.

This package was bursting with mostly mid-to-late-aughts Astros awesomeness, which was really nice as Chris filled in numerous holes from a period when I wasn’t collecting. 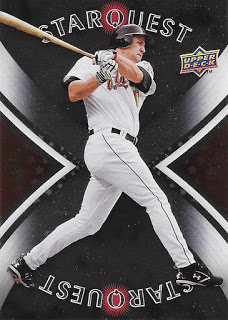 First up, some Lance Berkmans! The one on the left is a promo card that was given out in 1999 as an SGA with a Salvino’s Bammers bear, if I recall correctly. Somehow, three of these cards have wormed their way back to me throughout the trading universe. I love ’em. The StarQuest is a nice shot of Lance putting a big ol’ honkin’ swing on a ball. I love a good swing shot. 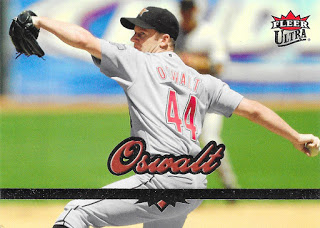 It’s the most wonderful time of the year, y’all. No, not Christmas, it’s HOF Ballot Tracking Time! Our man Roy O is on the ballot for the first time this year. It’ll be interesting to see what sort of voting action he gets. Roy pitched for 13 seasons, was a three-time All-Star, ROY runner-up (to one Albert Pujols), and received Cy Young votes in six seasons. There were several nice cards of him in this package. 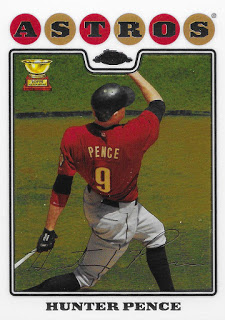 What’s this? A Chrome rookie of the local coffee shop owner? Oh my, I do enjoy this. 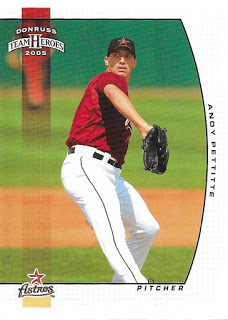 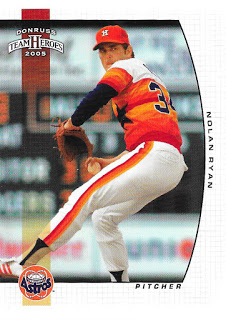 Speaking of HOF voting, Andy Pettitte is making his debut as well – as is Lance Berkman, whom I’ve already featured. Pettitte’s 60.2 WAR / 47.2 JAWS numbers give him a better shot than Roy, although his 34.1 peak number is significantly lower. Pettitte’s a Yankee though, so you have to factor that in as well, I suppose. Anyhow, these Team Heroes are really nice looking cards. I really appreciate the fact that Donruss had the foresight to use the old Astros logo on Nolan’s issue. 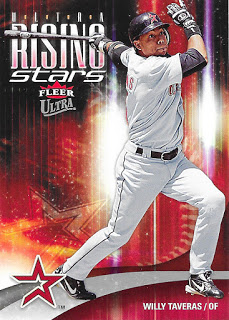 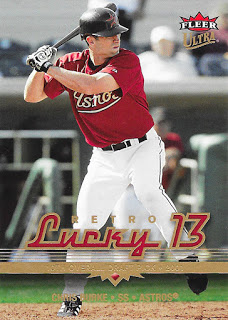 Yeah, more hawt rookies! Both of these guys burst onto the scene at just the right time for Houston, with Willy T having a spectacular ’05 rookie campaign – becoming yet another Astro ROY runner-up. Burke, of course, is legendary for hitting the homer that put away the Braves in the NLDS, ending an 18-inning marathon of a game. 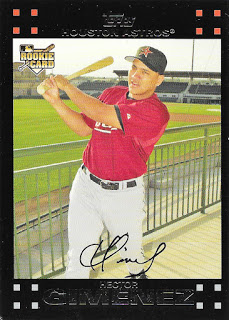 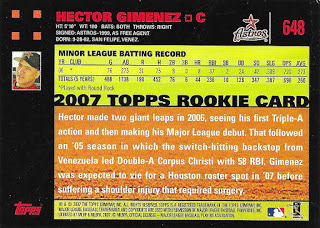 Gimenez was supposed to be the hot prospect for Houston at the time, but as with most Astros catching prospects throughout the years, it didn’t work out. I did appreciate this “red-back” pickup from the ’07 set, though. 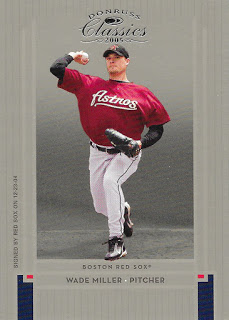 Hello, it’s Sneaky ‘Stro time! This ’05 Donruss Classics card of Wade Miller is one of those excellent examples of something that otherwise slips my radar. It’s always nice when someone else finds these for me. 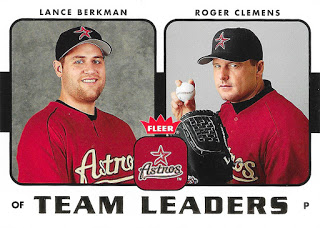 Ah, Big Puma and the Rocket. Of course, we know that Roger is still on that Hall of Fame ticket. I really hope he makes it – I’m a “moderately large hall” guy – and Bonds and Clemens belong in there. It’s a history museum, people. This is a nice team leader card, something I can really appreciate even if it’s just a pair of photo day shots. 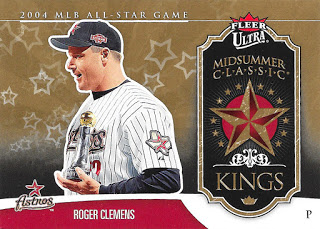 There are actually a total of seven Astros on the HOF ballot this year: Berkman, Clemens, Kent, Oswalt, Pettitte, Schilling (sigh), and Billy Wagner (who absolutely deserves it).  I dig this Clemens card, which commemorates his 2004 All-Star MVP award. I’m sure the hometown factor gave him some added bonus. 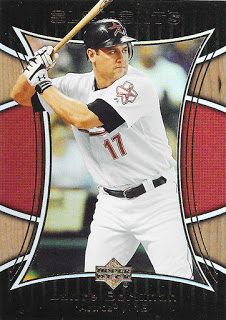 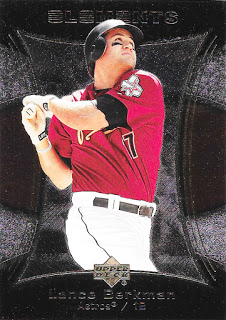 These Berkmans both come from the 2007 Upper Deck Elements set – an interesting one that was printed on some sort of acetate. As you can tell, the one on the right is a fancier version, although I don’t believe it’s a parallel. If I recall correctly, it’s just a higher number.
Lance’s HOF case is much more intriguing – B-Ref has him at 52.1, and also lists him as a Left Fielder – a somewhat dubious designation given that his game breakdown is just under 1100 games in the outfield and just over 750 games at first base, plus an additional 104 games as a DH. His slash line is very nice: .293 / .406 / .537 for a .943 OPS and 144 OPS+ across his career, and his traditional numbers aren’t too shabby: 366 HR, 1234 RBI, 1905 H. As a LF, he’s just a bit below average for the HOF numbers, and when you consider that he was also a 1B/DH for the latter third of his career, it looks like he’ll be a bit short. B-Ref has his closest comps as Jim Edmonds and Dick Allen – very good but borderline HOF. 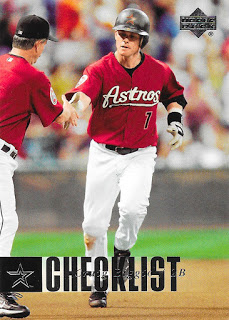 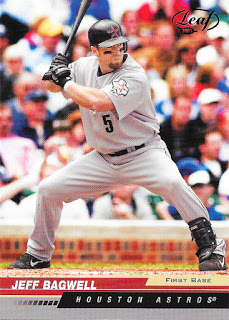 When it comes to the Hall, these last two guys are no-doubters. Inside the package Chris sent were a pair of new Biggios for me – including a nice shot of him bunting in which you can see that he used a bat without a knob, but rather a more old-school slightly flared handle. There’s a nice cameo by Phil Garner on the checklist card.

Last but not least, Chris added another new Bagwell into my collection, this very fine looking 2005 Leaf. On display we have Jeff’s trademark crouch on a very nice, almost Stadium Club level card.

Thanks again for the cards, Chris! I’ll have a new package out to you before long.