by MarcPosted onDecember 20, 2018July 9, 2019
Oof, I got off track again. Well, work went to crap on Thursday, and that left me scrambling to get stuff done late. Yesterday was the last day of classes for the high school that my wife teaches at, and we drove up to Fort Worth today to stay the night. Tomorrow morning, we’ll go watch the Shadow Creek Sharks as they try and capture the 5A Division I football state championship in the house that Jerry Jones built. Oh, I should mention that it’s only the third year the school has been open, and their first year with a varsity football team. They went undefeated, but have a tough opponent standing in their way for the final title. Fingers crossed that they can pull it off tomorrow.
Let’s get back to the Brubaker’s Dozen, shall we? Clocking in at number seven in the rundown is a package full of ballpoint ink: a lot of signed index cards. This lot had a few names in it that I was missing – some of deceased players and a couple tougher sigs, with 14 index cards in total. I threw out an opening bid and decided to keep an eye on it. To my surprise, I won it at just $14.99 with free shipping. 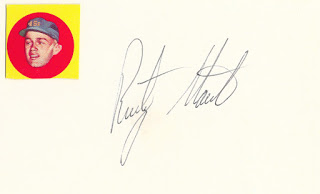 So, who all is in this collection of old ink?

Well, for starters we have an absolutely lovely signature from Le Grand Orange himself, Mr. Rusty Staub. This comes complete with a snippet of his 1963 Topps floating head rookie card – well, a reprint of it I hope! I mean, I certainly hope that someone didn’t actually slice up his card just to adhere it to this index card. At any rate, it’s another lovely sample of his autograph, and my second Staub. I successfully added him to my Astro-graphs collection via a private signing about two years ago, on his 1964 Topps. 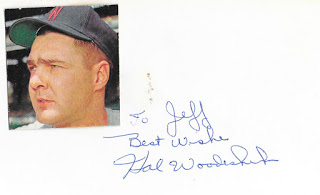 There was one other index card in the lot that sports an extra piece of cardboard, and that’s this one, signed by Hal Woodeshick. This does appear to be a chunk of Hal’s 1960 Topps card. Jeff, I hope it was worth it. 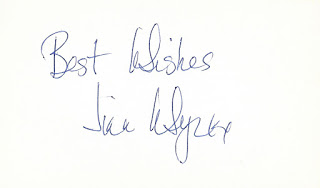 The other big name in the stack, and probably the most downright gorgeous of all the signatures was this one from The Toy Cannon himself, Jimmy Wynn. I’ve had the pleasure to meet Mr. Wynn on a few occasions now, and he’s impeccably kind. 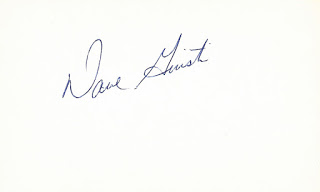 I’ll go ahead and run through the rest of the guys I already had in my collection, in short order here. First, a lovely sample from Dave Giusti, who broke in with the Colt .45s in 1962. He’s great TTM and has signed a few items for me. I have one of the 1999 season tickets with a photo of him on it, and I’ve been meaning to send that along with a custom, if I ever get around to making it, along with the 1962 team photo 5×7 custom which I made. 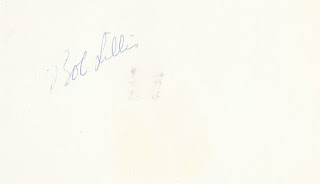 Bob Lillis is also a great TTM signer, and I have a few cards signed by him as well. I need to send him that team photo card to sign as well. 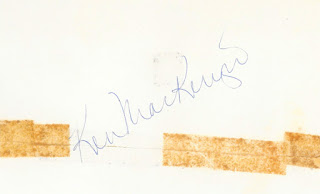 Poor Ken MacKenzie’s card seems to have gone through a slicer at some point. 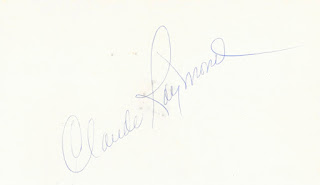 Here’s another beautiful signature, even if it is a bit thin on the ink. It’s from everyone’s favorite unzipped pitcher, Claude Raymond. 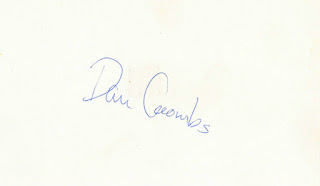 This is another nice example, from Dan Coombs. I had nabbed him TTM when his card showed back up in my mailbox in June of 2017 after an almost two-year wait. 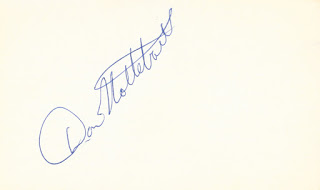 Another nice big sig, this one from pitcher Don Nottebart. He passed away in 2007, and was one of the first deceased players I picked up for the Astro-graphs collection when I first started going for the whole roster. Nottebart authored the first no-hitter in franchise history back in 1963, when he foiled the Phillies on May 17th. 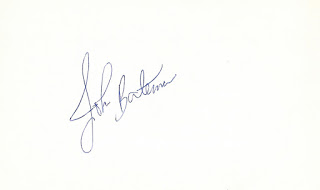 On to the guys I didn’t have yet. John Bateman caught that no-hitter. This signature was one of the reasons I really wanted the lot. It’s a fine looking autograph if I may say so. 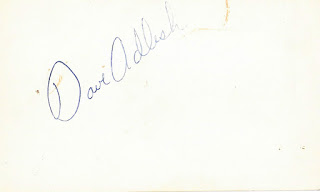 Dave Adlesh was another piece of the gigantic catching corps that the club went through in its first half-dozen years of existence. Mr. Adlesh passed away in early 2016, before I managed to get something in the mail to him. 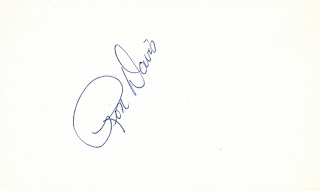 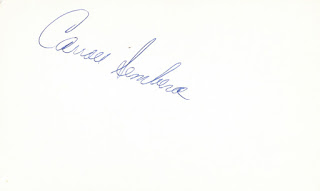 Last on the list of players who have passed was Carroll Sembera, a relief pitcher who played for Houston and Montreal. Sembera was born in Shiner, Texas, where – you guessed it – Shiner beer is brewed. After his playing career, Sembera spent time with the Major League Scouting Bureau, follwed by 11 years as a scout for the Mariners. He reportedly pushed Seattle to pull off the deal that sent Randy Johnson to Houston in 1998, scooping John Halama, Freddy Garcia, and Carlos Guillen from the Astros in exchange for one of the most masterful 6 weeks of pitching performances that I have ever witnessed. It was worth it – although it would have been better if Drayton McLane wasn’t a cheapskate and had opened his checkbook for Randy in the offseason. 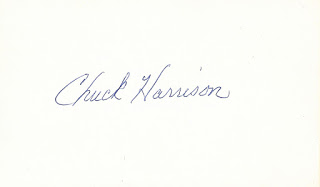 Finally, there was one living player in the lot whose signature I had yet to acquire. That was Chuck Harrison, a first baseman who spent time with the Astros and the Royals. Harrison is another native Texan; he was born in Abilene and attended college at Texas Tech University. He had a rather good season in 1966, but with the emergence of Doug Rader in 1967, Harrison became expendable and was shipped off with Sonny Jackson to Atlanta at the end of the season in exchange for Denny Lemaster and Denis Menke – a pretty good trade for the Astros. His auto seems pretty tough to get – there hasn’t been a reported success on SCN since 2011 – so this was a really nice pickup.
All told, landing five new Astro-graphs and several more nice signatures at this price was well worth it. I’ll probably still try to track down some signed cards from Adlesh, Bateman, Davis, Sembera and Harrison, but these are nice placeholders for now.
We’ve hit the halfway point in the Brubaker’s Dozen, and if you think this has been cool, wait until you see what’s coming up in the rest of these posts.

0 Replies to “Brubaker’s Dozen Finds of Ebay #7: A Bunch of Ballpoint Ink”