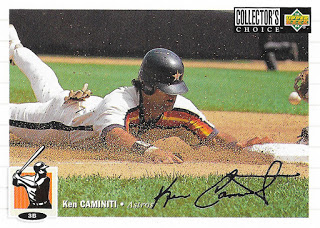 Woof. I haven’t posted here in two weeks, and I was hoping to be caught up on my January and February trades by the end of this month. That’s not happening, because I’ve still got 11 packages from each to post about. I needed a little writing break, and the writing I did do went into a string of TTM requests – some of which have already paid off. So, let’s get this train rolling, and maybe I can get this done by the end of April.

Back in mid-January I received a nice little package from one of my very first trading partners, Tom of The Angels, In Order. A few of the Astros cards I needed were various mid-90’s parallels, like this Silver Signature card of Ken Caminiti from 1994 Collector’s Choice, which is generally a great looking set.

This was the other trio. I always love adding these parallels, because they aren’t always easy to track down. I’m especially fond of those 1992 Leaf “Black Gold” parallels, they take a clean looking set and elevate it to another level.

Tom had also noticed me blogging about some of the food issue sets I’ve been slowly accumulating and took a look at the needs I had recently added to my want list. He came up with a star-studded trio of Hall of Famers from the 1986 Quaker Granola set. Knucksie looks pretty peeved, but that photo of Dave says he’s got everything under control.

There was also a trio of these 1984 Ralston Purina cards. I know these were put in cereal boxes, but I will never be able to think of anything but dog food when I see that checkered logo. I think these got me across the halfway mark with the set. 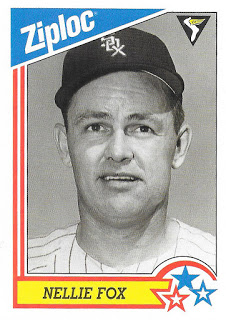 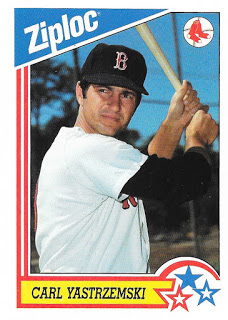 My favorites, however, were these 1992 Ziploc cards. I’m going to replicate this design at some point – it’s just too much fun. Tom sent me four of these cards – which means he took care of a third of this set in one shot! 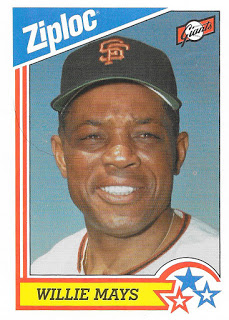 The final pair is sure to make our pal Nick V. happy. You’ve gotta love these, right? Thanks again for the cards, Tom!

0 Replies to “Trader’s Backlog: Some Astros, In Parallel”