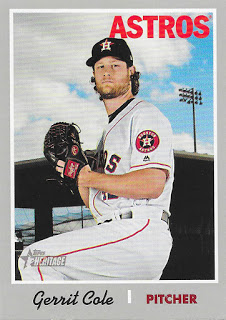 I’m trying to get a bit better about posting trades as they arrive. Sure, there’s still a healthy backlog stretching to January, but I figure it can’t hurt to try and head that off at the pass and prevent it from continuing to grow. Or I could just stop trading until I’m caught up, but where’s the fun in that?

As I’ve said dozens of times on this blog, the Matching tool over at TCDB is a phenomenal resource. I’ve started plenty of trades through the Recent Match feature. It’s much more rare for me to go hunting for a specific card, however, but that’s how this swap started off. You see, the other day Mark Armour sent a fun package my way – I still need to blog about that as well – but one of the cards he sent finished my “base” 2019 Heritage needs, and he also supplied one of the four short prints I was missing. I got to thinking about how great it would be to put an entire team set to rest fairly quickly, so I headed over to TCDB to try and track down the other SPs. If you pull up a card, you can access the listings for who has that card in their collection, on their want list, or in their for sale/trade listings.

That initial round of digging led me to a swap for the fourth of six Astros SPs in the set, Gerrit Cole. This came from Andy (BrewerAndy)* and leaves me needing just the Altuve and Correa cards. Hit me up if you’ve got them, please!

* Yes, there’s another one of you competing for Brewers cards. Although I bet this gives Tony and Matt someone upon whom they can potentially unload dupes. 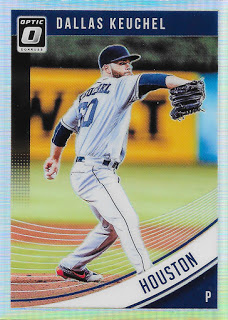 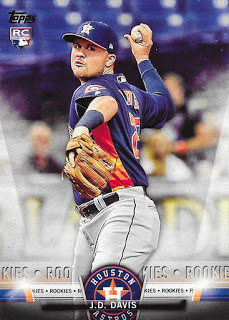 I pulled out a stack of assorted stray Brewers, spanning the past 35 years of cardboard, and a chunk of 2018 / 2019 cards to send Andy in return for that SP, and also came up with a few more for myself off his trade list. There were two more Astros: a 2018 Donruss Optic Holo parallel of Dallas Keuchel, and a Topps Salute insert of RTA favorite J.D. Davis. 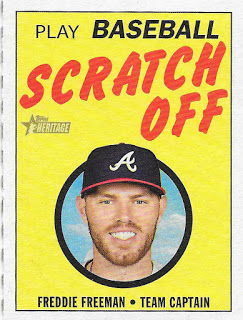