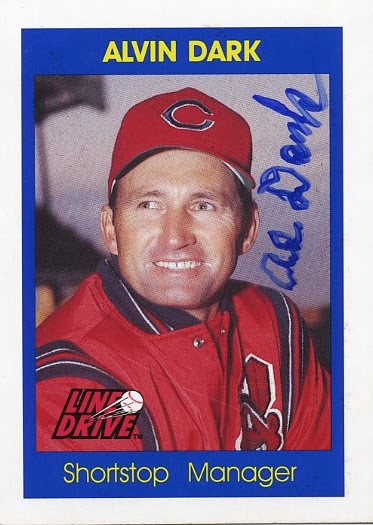 Yesterday’s trip to the mailbox brought two pleasant surprises. First off was this return from former ROY and legendary manager Alvin Dark. The signature is a little shaky, but Dark just turned 92 a month ago. He’s got a reputation as a great signer, and I was really happy to get these both back.

The other package was a massive boost from Mark Kaz over at This Way To The Clubhouse. He put another huge dent in my 1989 Topps set, leaving me with just 30 cards to go (and a few errors/variations I could really care less about). He kicked in a few 2013 Archives and some Astros as well. Thanks for the trade, Mark! My jaw hit the floor when I opened it up, it was so many more cards than I expected. More on that later, though. 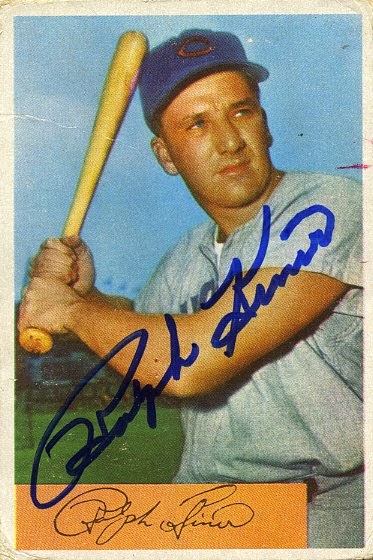 Finally, I wanted to honor Mr. Ralph Kiner, who passed away yesterday. I had the pleasure of meeting Mr. Kiner about fifteen years ago at Cooperstown during induction week. I’d picked up a 1954 Bowman for him to sign, and was awestruck at how nice and genuine he was.

A legend in Pirate history, Kiner was one of the great power hitters of the 1940’s and 1950s, and like many of the era, his numbers probably would have been boosted further had WWII not gotten in the way. Kiner served as a Navy pilot during the war.

Goodbye, Mr. Kiner. Thank you for everything.