Hit the mailbox a little later than usual yesterday and discovered two returns awaiting me. First up was another Astro favorite of mine from my childhood, Pete Harnisch. Pete signed a pair of the cards I sent and held onto the other two – 94 Score & 94 Triple Play, both dupes I could care less about. I seem to remember thinking the Triple Play would look pretty nice signed though, but oh well. The cards I received back are an ’89 Donruss rookie card (always nice to get the rookie signed) and a swell looking ’94 Leaf. 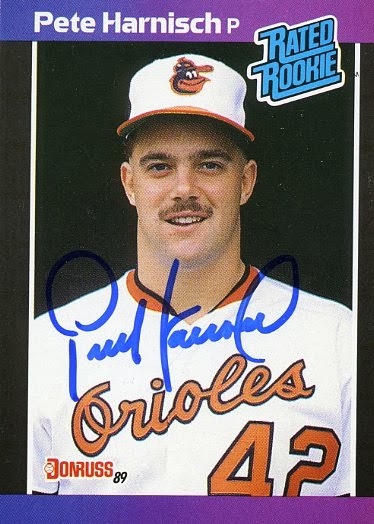 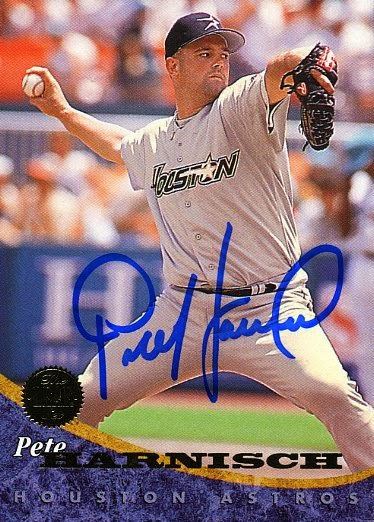 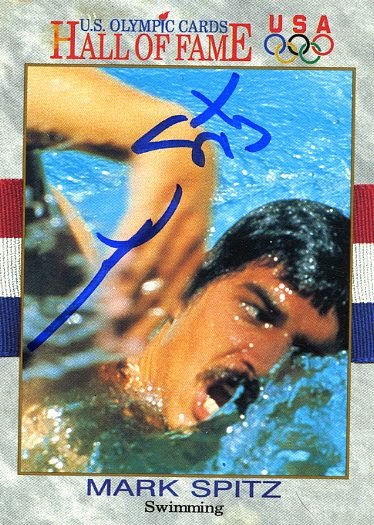 Also in my mailbox was a bit of Olympic gold – well, blue ink. I opened up the second envelope and found to my delight a nice return from the original king of swimming, Mark Spitz. This was a super fast return, taking just eight days. I really like these 1991 Impel U.S. Olympic Hall of Fame cards, as well. I’ve got a few more signed, and I think I’m going to send off another little set soon, including Sugar Ray Leonard, Eric Heiden, and Greg Louganis.

Ok, that’s it for now. Time to type some trade updates.