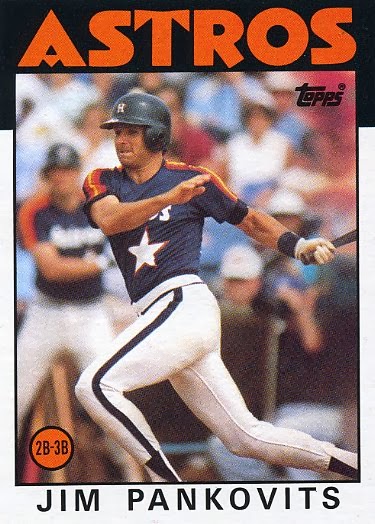 A few days ago I posted about the bomb that P-Town Tom of Waiting ‘Til Next Year sent over as a little “welcome to the community” present. That first post tackled the cards he sent to help out the sets on which I’m working, including a huge chunk out of ’89 Topps, in which Mark of This Way To The Clubhouse has subsequently put another large dent.

Now it’s time to talk some ‘Stros. Tom sent a nice package of them in the box as well, including this great looking 1986 Topps of Jim Pankovits. There’s just something about the top-heavy ’86 cards and the Astros orange that I love, and it’s a nice swing. I’m a sucker for a nice swing, apparently. 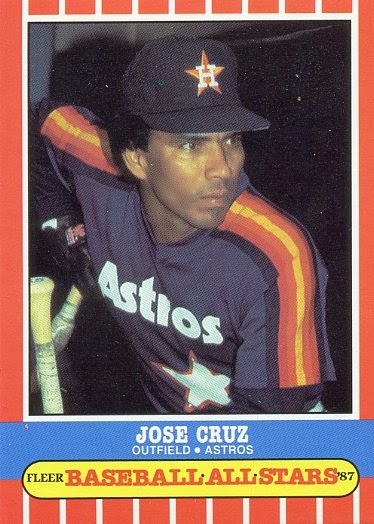 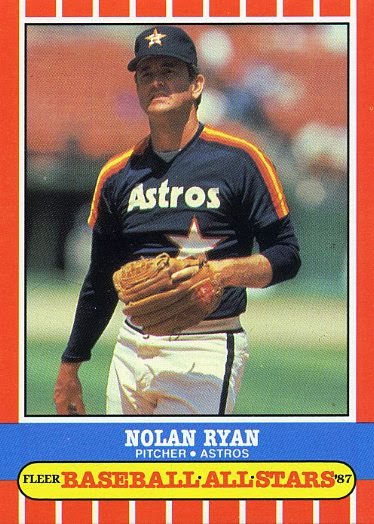 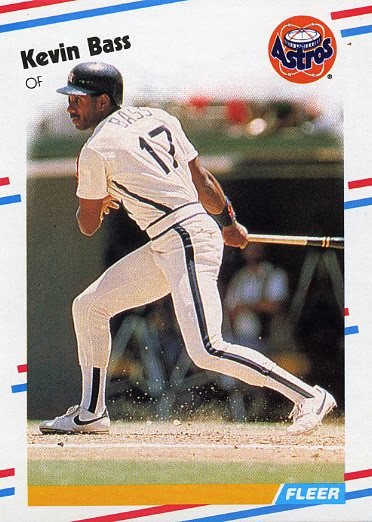 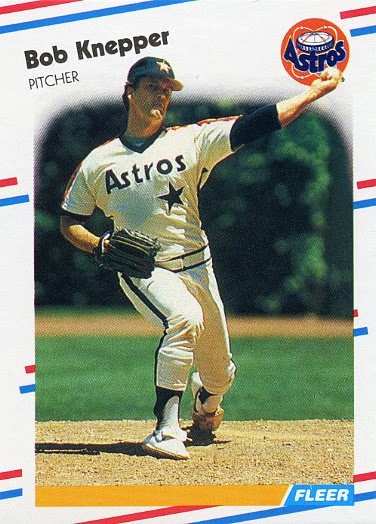 Some lovely ’88 Fleer. I really go back and forth when it comes to this set – sometimes the borders look just completely atrocious to me, in other cases they’re strangely elegant. Perhaps its the Astros logo and the orange bar at the bottom, or the way the border sort of fits with the striped uniforms. I grew up playing ball in the same Little League as Kevin’s son, so I would see him at some of the games. Bob, meanwhile, looks like his right knee is in a very awkward position. 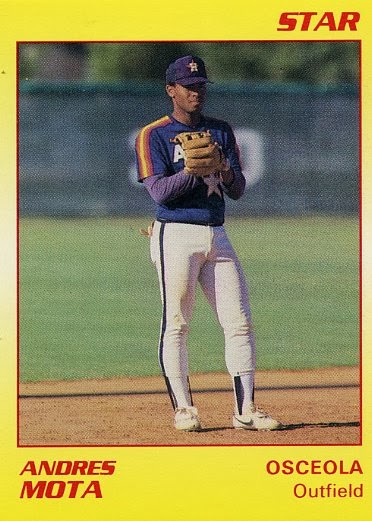 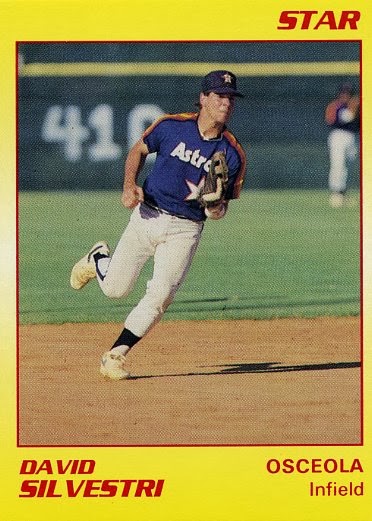 Minor league cards! Love ’em, even with that crazy yellow border. I think it’s a little funny that Mota is listed as an outfielder but is clearly doing some infield drills here. He was supposed to come up big in the early 90s, but never amounted to much. I had no idea Silvestri was in the Astros system, and I seem to remember him breaking into the big leagues a few years later with the Yankees. Apparently we traded him to New York to land Orlando Miller, which would have been the better player in the deal. 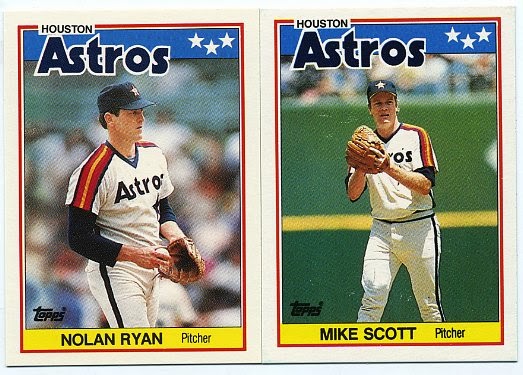 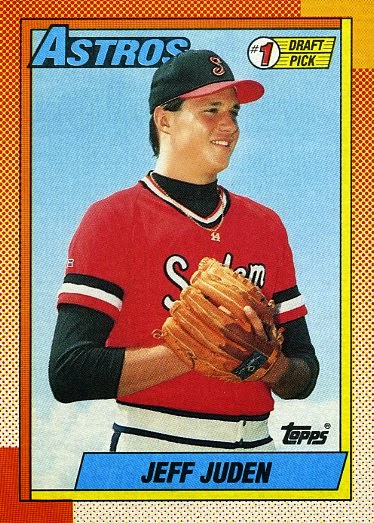 Hate all you want, suckers, but I love 1990 Topps. Fortunately Tom included a bunch of these. I remember seeing Juden come up in ’92, and that Yelding stance is just great. 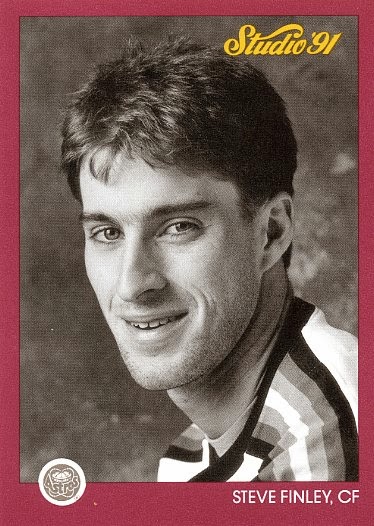 Finley and Gonzalez were two more of my favorites from an Astros team that was very young and exciting when I was just getting into baseball. I wish both of them had stuck around longer, particularly Finley. When we traded him and Caminiti to the Padres I was a little heartbroken. As a photographer myself, Studio ’91 always looks stellar, mauve border be damned.
The Gonzo was one of about a dozen ’92 Topps Gold Winners that Tom sent me, which was really cool because I’d never even seen one before. I’d had a Topps Gold here and there, but not a Winner. 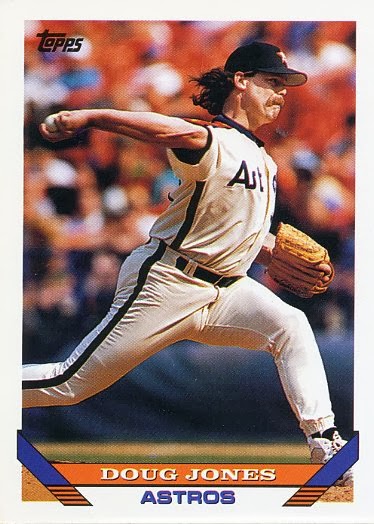 Oh yes, Doug Jones! I remember the day we announced signing him and Greg Swindell in 1993. Jones always felt like a bulldog of a pitcher. 1993 Topps was a very nice looking set. 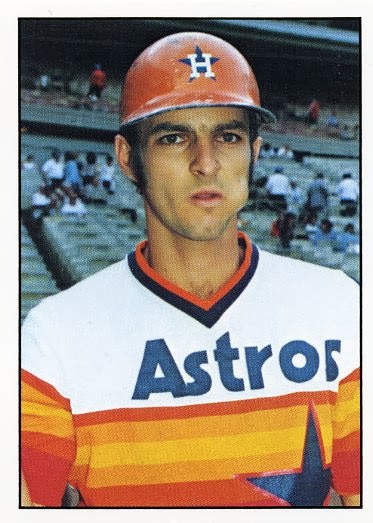 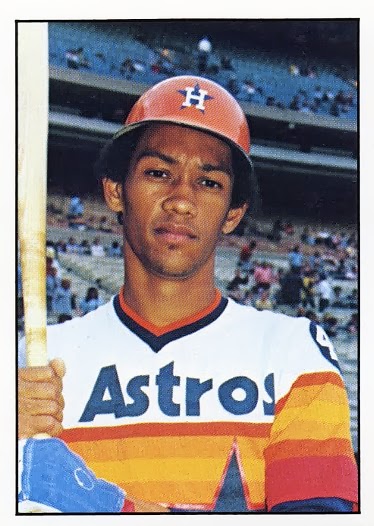 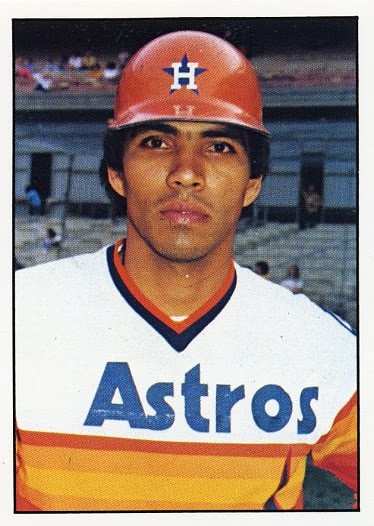 Tom must have had a hunch about how much I love oddballs, because he sent a nice little packet of 1976 SSPC Astros. I picked a few of my favorites to scan: Ken Forsch, the slick fielding Roger Metzger, and fan favorites Enos Cabell and Jose Cruz. 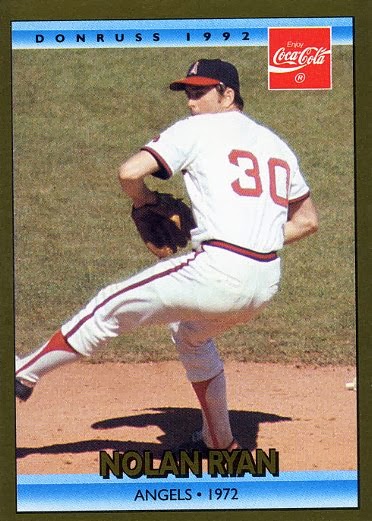 Finally, it’s not an Astros card, but its from a small set I’ve been working on ever since it launched in Coca-Cola packs when I was a kid.
There were many, many more, but I’ll stop here. Thanks again to Tom for the great gift!
– Marc