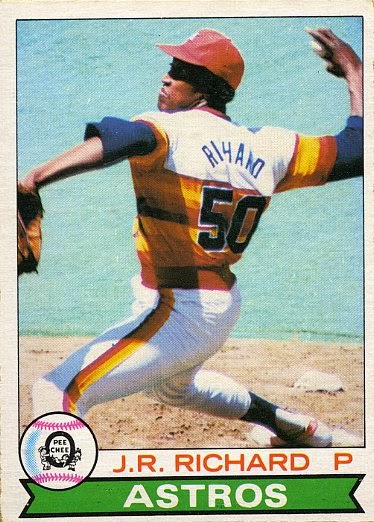 I’ve been walking back through the stack of boxes that I bought at a garage sale last weekend, an event which I’ve since dubbed “The Big Bang” as it’s given my vintage collection quite a kickstart.

Inside one of the boxes was a nice stack of 1979 O-Pee-Chee, with its delightfully ragged edges and wonderful French/English backs. I’m a little surprised that the pitchers aren’t marked “lanceurs,” on front.

All told, I landed 64 cards with no duplicates. Mr. J.R. Richard here was my only Astro out of the stack, unfortunately, but I’m certainly happy to land him.

Let’s have a look at some of the other names in the stack! 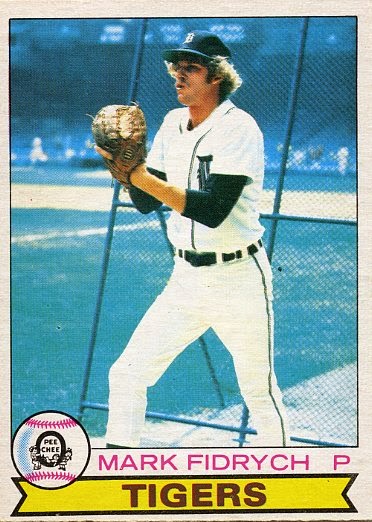 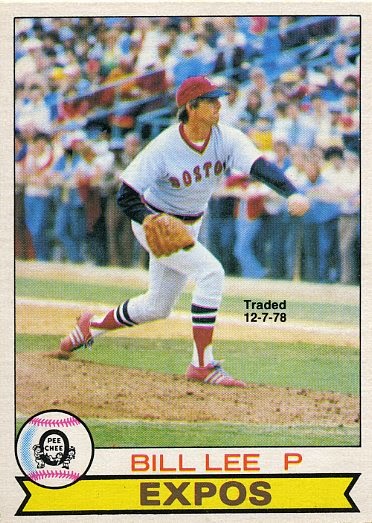 Well would you look at that! A pair of eccentric pitchers – The Bird and Spaceman Lee. I did a little research, and apparently Spaceman pitched in some independent ball in the past couple years, in his mid-60s. These are certainly staying in the collection. I’m thinking I need to get a Bill Lee autograph into my collection as well. 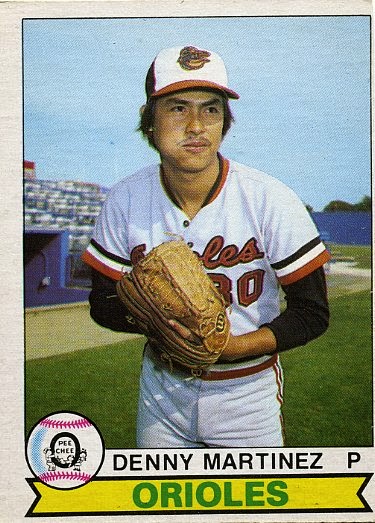 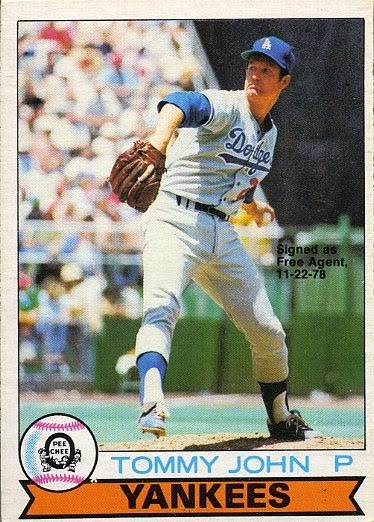 Here’s another pair of notable arms. Denny looks really young here, and if he was still the pitching coach of my local nine then I’d be bringing this one to the ballpark in hopes of a signature. This is a pretty swell  Tommy John card too. 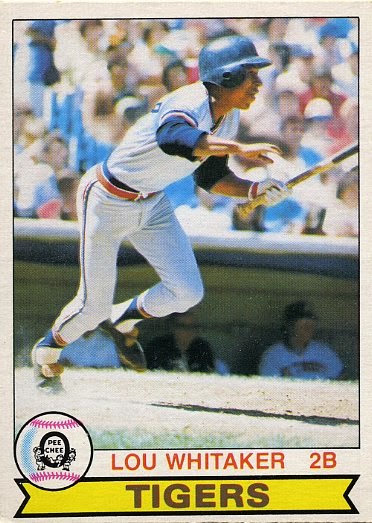 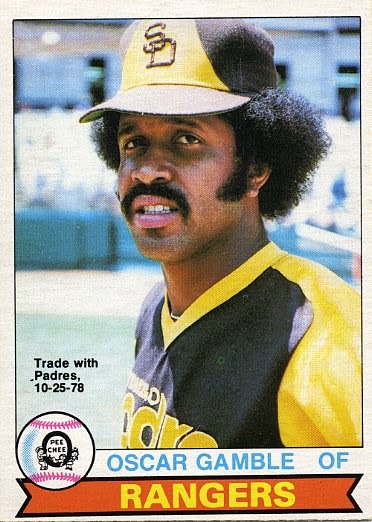 Here’s another young buck that’ll stay in my collection – Sweet Lou! Oscar is posted mainly for his ‘do. I think crazy hair would make a pretty good mini collection. Gamble and Bake McBride would probably be prevalent. 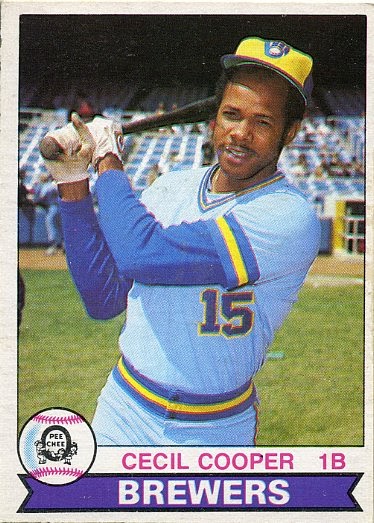 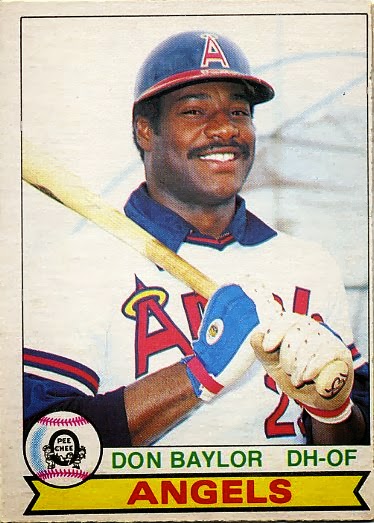 It’s time for some posed batters. This Coop is a little blurry, but he sure looks good anyway. Don Baylor almost doesn’t look real as a baseball player here. It seems like one of those fan baseball cards you’d make at the team preseason fest. 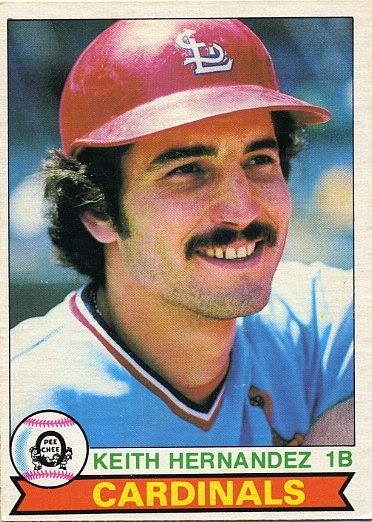 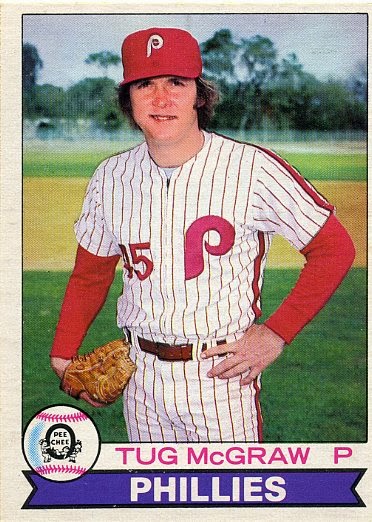 More poses, but these look better. I feel like there were a lot of Tug McGraw cards in these boxes. 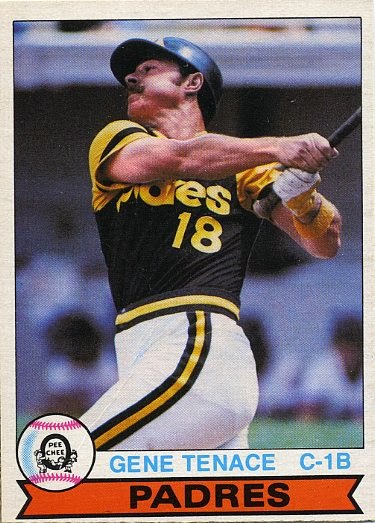 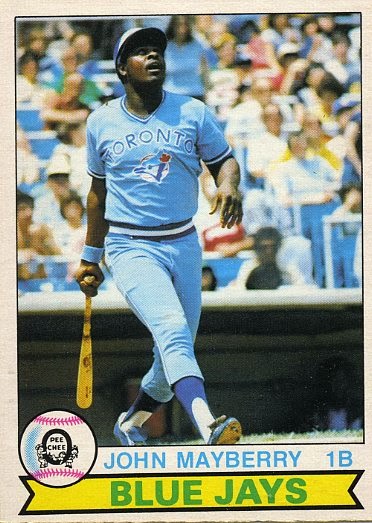 Finally, some swings. Gene Tenance either knocked the crap out of that ball, or missed something awful. Just look at those arms! John Mayberry, meanwhile, seems to have popped out to second base.
Like I said, there were no dupes in this sixty-four card stack, so I’m inclined to hang onto them. If you’re looking for a specific player or team though, leave a comment and I’ll let you know what’s available. I’m sure if the price is right I could be convinced. Richard, Fidrych, Lee, Martinez and Whitaker are all keepers for certain. For the rest of these I’m less certain.