The last post went over the 1979 O-Pee-Chee cards in the big garage sale score I came across, so I figured it would only be fitting if this post celebrated the 1979 Topps cards. These cards were quite literally a surprise, as I hadn’t discovered them in the boxes until a few days after bringing everything home. Unlike the other stacks, there was no card dividing them, so I figured that the 163 cards were more 1974 Topps duplicates just sitting there.

Well, I landed 143 different cards with twenty duplicates (quadruplets in Don Kessinger’s case), and I only had a few of these already. Not a bad haul, if I do say so myself. There’s a nice little set that I’ll definitely be keeping, but the duplicates are almost all available, and I’d most of the stack would be in consideration for trading purposes.

Without further ado, here’s some of the highlights. 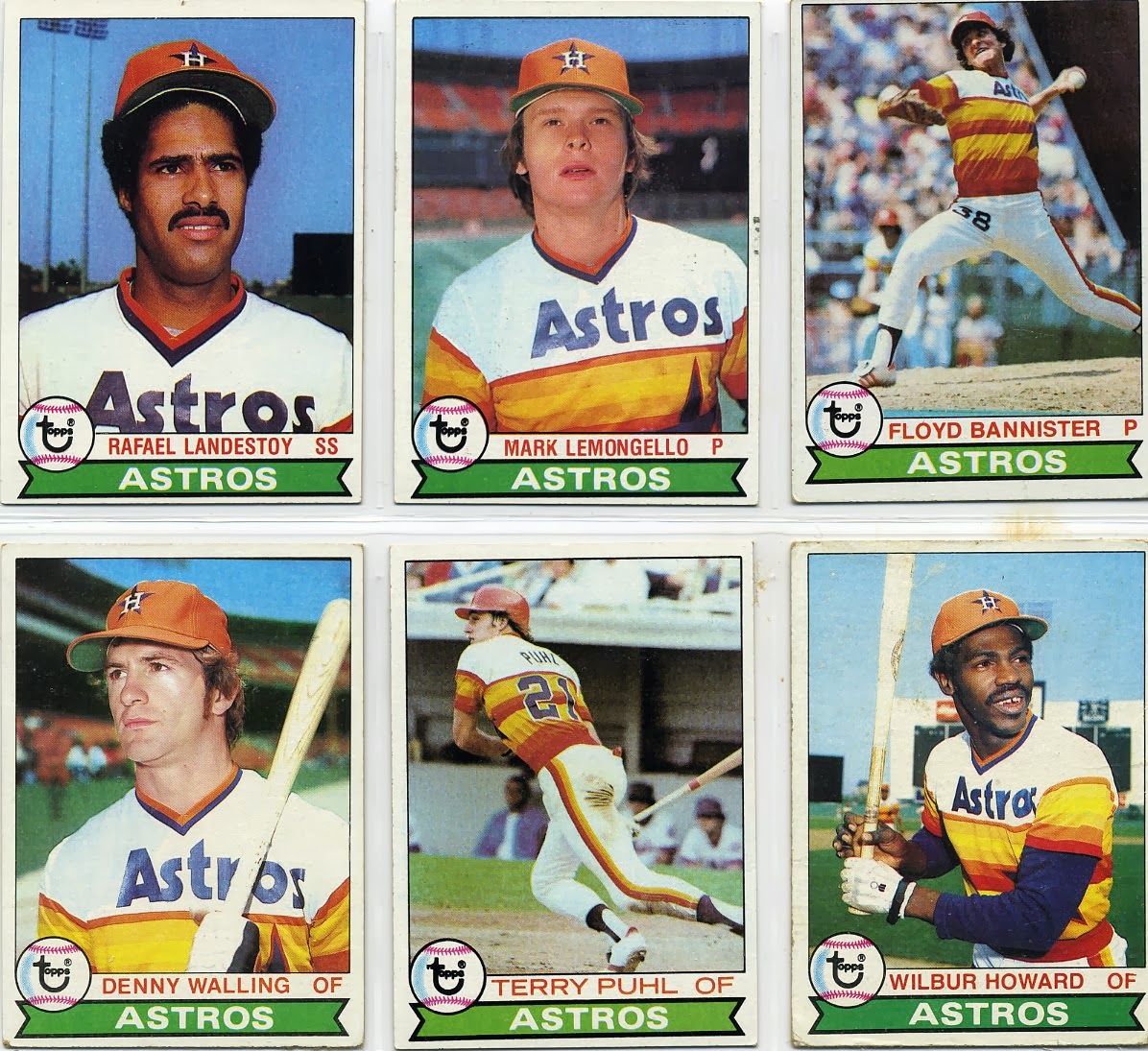 First off are the Astros cards. Lemongello and Walling are new to my collection. Puhl is an upgrade, and Landestoy and Howard will get mailed off in hopes of adding to my Astros autograph roster. Heck, I may send that Puhl off as well, it’s not a bad shot. Bannister is new, but he’ll bypass the binder and go straight into the TTM stack so that I can check him off the autograph roster. He’s a notoriously quick returner, and up until now all I’ve had of him are Royals cards. 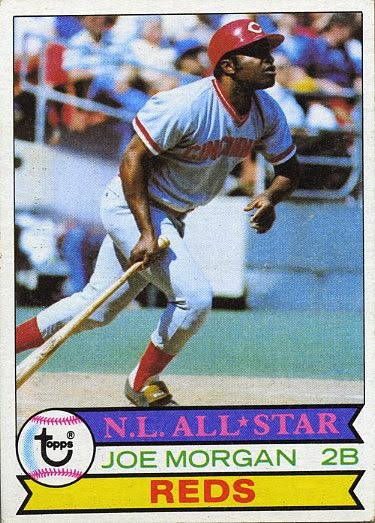 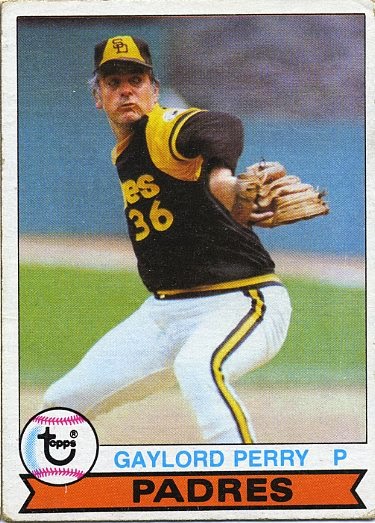 The ’79 stack held a couple of Hall of Fame members for me. Looking back at the last post, it might be really cool to track down a ’79 Topps Gene Tenance and get those two signed.

Here’s Tug McGraw putting in another appearance, and Buddy Bell in one of those atrocious Indians uniforms. Did anyone like those? I mean, why would you put Greek lettering on uniforms for a team named the Indians? 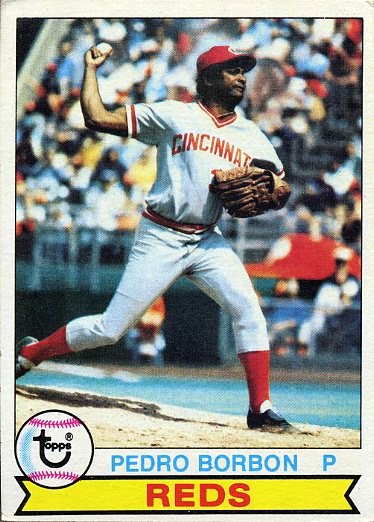 I feel like the 70’s were full of interesting pitchers. Perhaps Pedro Borbon is captured tossing an Eephus pitch here. Vida Blue, meanwhile, seems to be making his own little corner in my collection. This one’s not as pretty as his ’74 Topps, but it’ll keep. 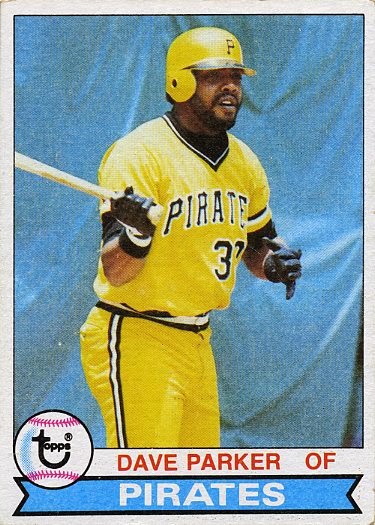 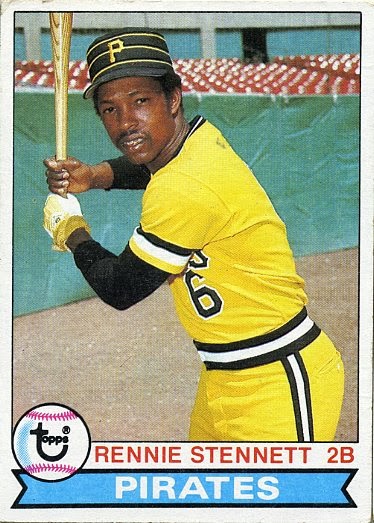 These two are duplicates; I had the Parker card already, but this one’s in better shape. The other may head to my mail stack. Stennett has the distinction setting a major league record by going 7 for 7 in a nine inning game, and of course was a member of the 1979 World Series Champion Pittsburgh Pirates (with Parker and the rest of the Family), so I’m going to try to get some ink on that duplicate. 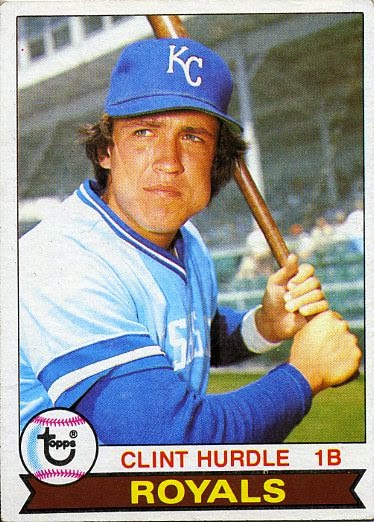 This very young Clint Hurdle showed up in my box twice. I’ll file one away, and in what’s become a pretty common theme for this post, send the duplicate off in the mail – probably with a 1987 Topps. 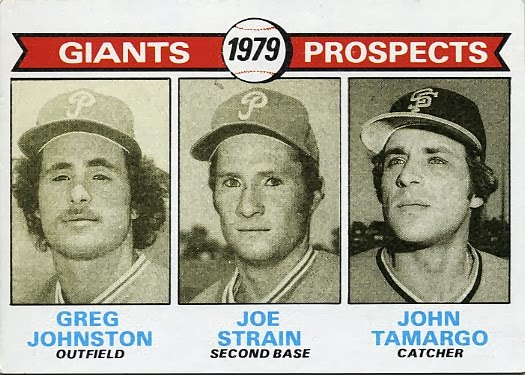 I’ll end with this super eerie Giants Prospects card. What’s wrong with this card, you may ask? It’s not the black and white photos – which Topps for some reason chose to use on all the prospect cards that finish the ’79 set. It’s not the Phillies caps that Greg Johnston and Joe Strain are wearing.
It’s the eyes! Someone at Topps went back and outlined the eyes, making these poor ballplayers look like they’ve got some insane eyeliner happening in these photos.
But the other important discovery this card brought to my attention was the existence of a John Tamargo card. Tamargo was a long-serving bullpen catcher for the Astros throughout much of my childhood and adolescence. This card may just end up in the mail, too.
Alright! Another post, another set stack broken down.