by MarcPosted onJuly 7, 2014July 11, 2019
I dropped in on the ol’ LCS that remains here in H-town last week to snag a few packs of nonsense and see if there was anything interesting. It’s easy to tell myself that it’s not far out of the way for my new commute, after all. I figured I’d pick up a couple packs of junk to rip – I had an itch to scratch and wanted to spend a relatively small amount of money. So I snapped up some ’90 Topps Rack Packs at 6 for $5 – mainly for the glossy all-stars, but I managed to pull a few of the Nolan Ryan cards from the beginning of the set, as well as a few of the base All-Stars and all the Turn Back The Clock cards.
I’m getting ahead of myself, though. I took a peek at the boxes of uncracked wax (most of which dates from 88 to 93) on the counter just to see if there was anything interesting. That’s when I spotted this. 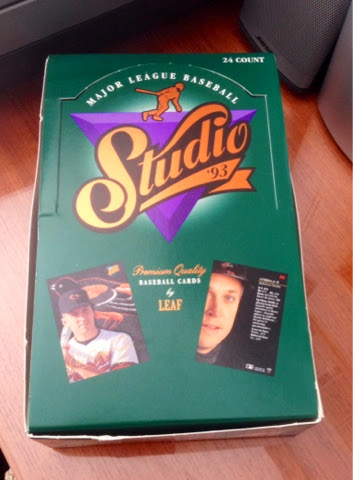 Now that’s an early-90’s glossy set with which I can get down, and the box was a scant 10 bucks. I snatched it up figuring I might pull the ‘Stros I need, some nice names, and have some TTM fodder along with a few inserts. 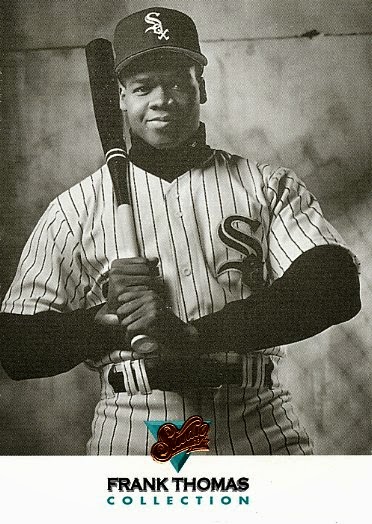 Well, I managed to piece together a couple set, with plenty of dupes (sometimes trips and quads) to boot. I hadn’t figured on the cards sticking together at all, so there are couple dozen cards suffering some minor surface damage (see the Joe Carter insert below) but I was mostly able to separate them without too much of a problem.

(Side note: does anybody have a trick for that? I’m not sure, but perhaps some form of introducing slight heat or humidity – steam perhaps – would help separate the cards?)

The Big Hurt here approves, obviously. He’s one of the six inserts I pulled, and the only one of the five-card Frank Thomas Collection to surface in the box. What a great shot. As a photographer, the Studio sets are ones that constantly impress me, especially in some of the lighting department. 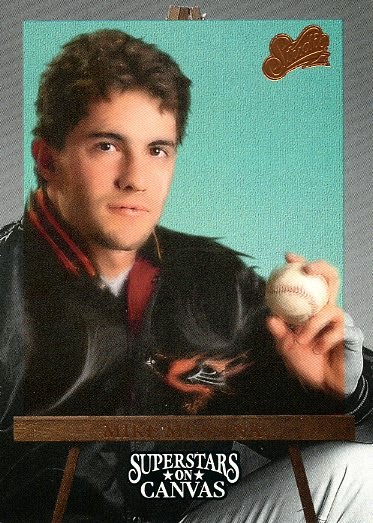 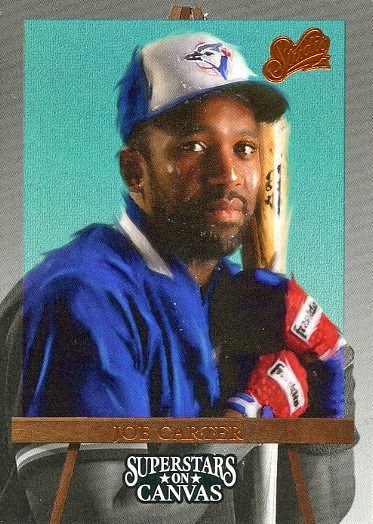 I’ll spare you the salty details of scanning any base cards and skip straight to the inserts. These Superstars On Canvas cards were a new insert for the set in 1993, and when I saw that on the box I got a little excited. I thought perhaps that this was actually going to be printed on some sort of fabric, but instead what we get is a fairly ugly rendition of a photo – throw an easel and canvas in there, pop a blur on the photo, and make the rest black and white. Look at how sad Joe Carter is there (he’s probably not to happy about the surface loss on the card either). Mussina is thinking, “wait, you’re going to do what with this?” 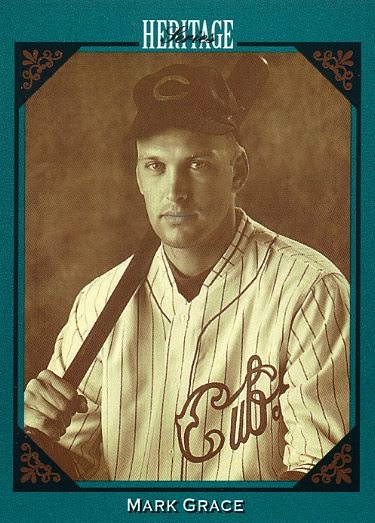 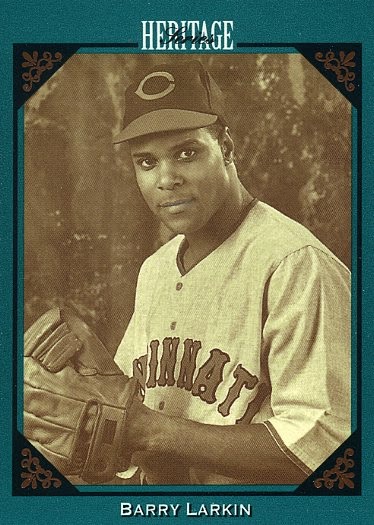 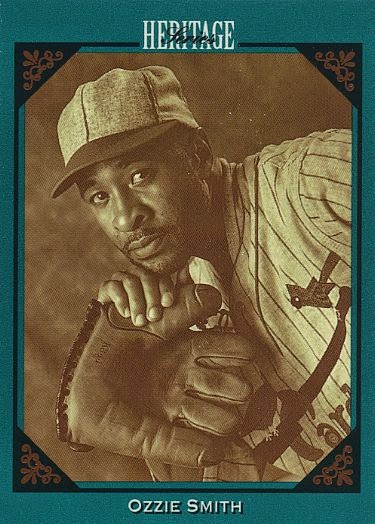 The Heritage insert set, on the otherhand, is another masterful depiction of what made Studio great, particularly in 1993. These were a returning set, and I believe they returned in the early 2000s when Donruss revived the Studio series briefly.

The sepia tone looks great, the photos are shot well, and check out those killer vintage uniforms. Add to that the fact that the various pieces of gear they are holding are actual period-used pieces from the teams, and it’s even better.

Aside from the few players in the set who’ve already passed (Caminiti, Gwynn and Puckett) I’m pretty sure it’d be easy to get at least half of this set signed, so I think I’m going to go for it.

If you’re looking for any cards from this set though, hit me up – I’ve got lots of duplicates and I’d be happy to send them your way.