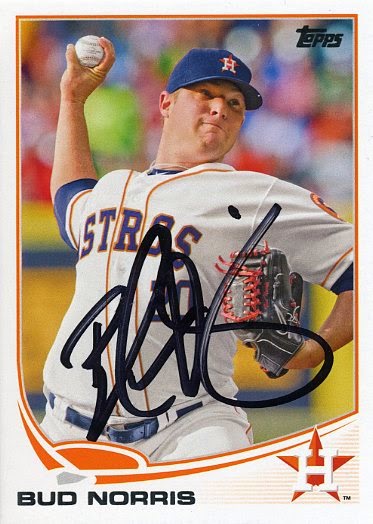 I popped by the mailbox on Saturday (well Sunday, but the mail came on Saturday) and found another return, this one from former Astro and current Orioles pitcher Bud Norris.

I really liked Bud while he was here in Houston, as he was one of the brighter spots on a bleak roster. Studly Budly has had some choice things to say about the way the new management has been running the show here, but I can understand his frustration – even if I think it’s a bit melodramatic. He obviously feels a bit slighted by the way he was dealt out of town and the manner in which the Astros were/are trying to evaluate the talent they have on hand, how to develop it, and which pieces of it are expendable given a proper return.

That said, I still like Bud. He’s a fun pitcher to watch, and I’m happy to get this card back as it puts me one step closer to my all-Astros roster. This one had a 58-day turnaround. 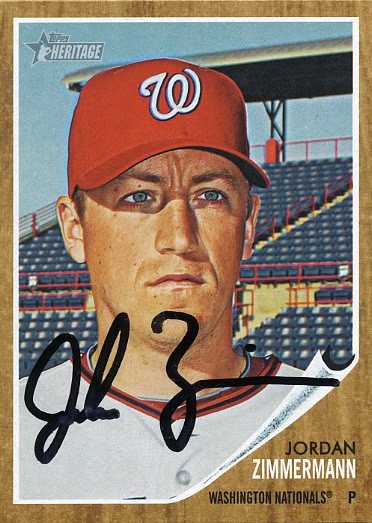 Another stop at the mailbox on Thursday yielded a return upon which I had just about given up hope. There have been a lot of reported successes with Jordan Zimmermann this year, so I thought I’d try my hand and sent out this 2011 Heritage. I noticed that Jordan only seems to sign one card at a time, so I refrained from sending anything else.

Well, I suppose I’d even forgotten about sending this out, as I still had a couple cards of Jordan in my “to request” stack and dropped another in the mail just days ago. Whoops.

Jordan’s card came back in 56 days, so I suppose in another couple months I might have another Zimmermann auto to show off as well. Who knows? 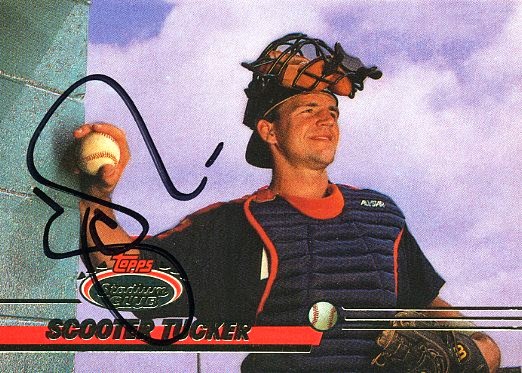 Lastly, Friday’s mailbox yielded one more return, this one from former Astros catcher Scooter Tucker. I remember his coming up coinciding with my nascent baseball fandom, and I thought he was determined to be a “next big thing.” When Craig Biggio moved to second base, the door was opened for Tucker to take over at catcher.

I mean, what kid wouldn’t want to root for a guy with a name like Scooter Tucker? You’d have to be a commie or something like that. 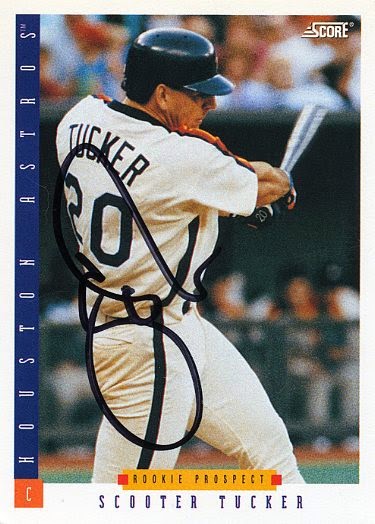 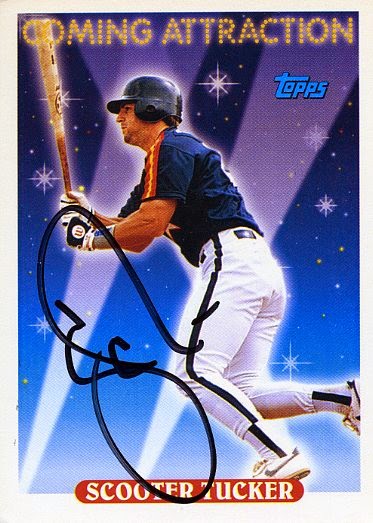 Unfortunately Scooter didn’t fare too well behind the plate (or at the plate, for that matter) and neither did his successor/competitor Eddie Taubensee. Eventually Tony Eusebio came along, and the Astros used the vacant corpse of Rick Wilkins to patch holes, and we were generally a mess at catcher.
Tucker is a coach for the Carolina Mudcats now, and these cards came back in just 20 days. That marks another Astro off the list, and brings the annual total to 50 returns! A perfect halfway point for my goal at the All-Star break, which we all know is beyond the actual halfway point of the season.
– Bru