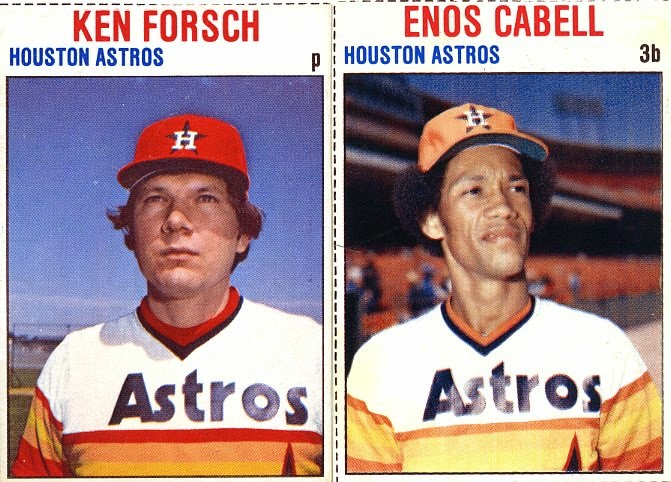 Alas, eBay, you are a constant temptress. You know me too well – to the core of my collecting you slice, providing fresh listings with each glance. You stalk my phone and alert me to new items that might pique my interest.

Well, that’s enough lamenting. After all, this is a happy post! Yes, it’s (almost) my last Catch O’ the Bay post for a while – I’ve put a moratorium on myself but there’s one more item that came in recently that I’ll need to post about. But this last round of pickups were from one of my favorite categories: vintage oddballs – specifically of the food-related variety. Up top you will see some 1979 Hostess cards – those two were the Astros I snagged in a cheap 18 card lot (mostly 1979’s, with a couple other strays in there). I needed Forsch and Cabell for my team set, obviously, but it’s my goal to one day put together an entire Hostess collection. 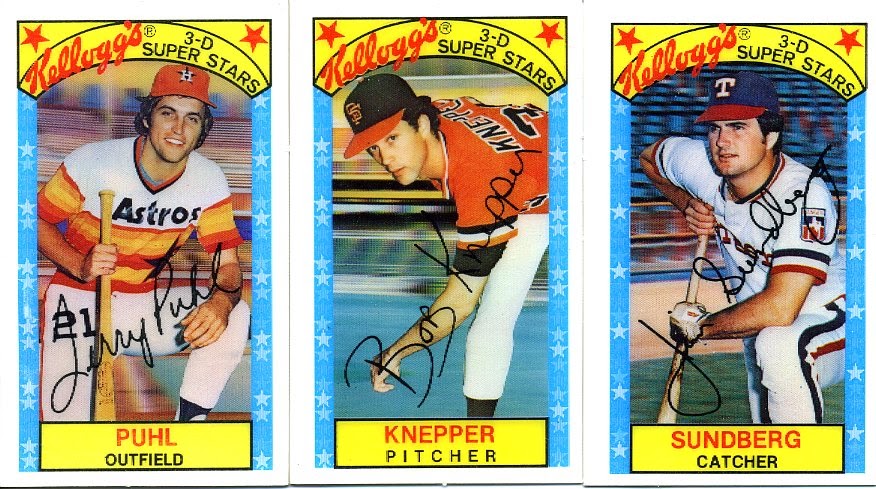 I grabbed a lot of eight 1979 Kellogg’s 3-D SuperStars as well, including a Terry Puhl that I needed. At some point in the future – likely after I’ve completed the Hostess collection, or at least made some significant progress on it – I’ll turn my attention to the Kellogg’s sets. 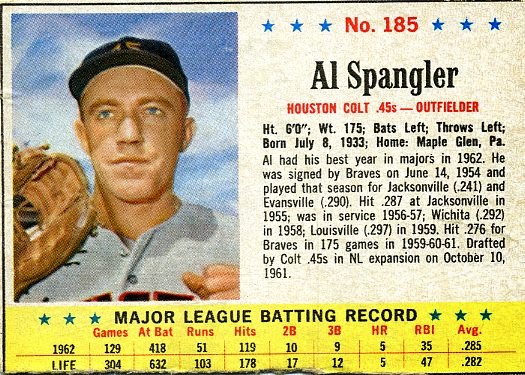 Now here are the real beauties that I picked up. The same seller listed these two 1963 Post cards of Al Spangler and Roman Mejias – a pair of Colt .45s that needed to make their way into the collection. I picked up the two of them for a total of four bucks.

The Spangler was in pretty nice shape – his lower edge has a bit of a rough cut, but nothing terrible. The cuts on the Mejias were a bit sketchier, but fortunately they erred on the large side. 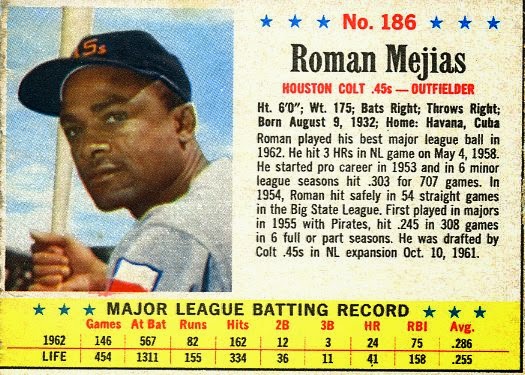 So naturally, I busted out my trusty scissors and hacked away at it!

Don’t you all gasp at once – I left myself some slight leeway, and my scissors are actually quite trusty – solid steel, sharp old teacher scissors. The scan here is a little crooked, but rest assured that the cards both look fantastic.

Completing a Post set someday would be a dream come true. A pretty big, expensive dream, but perhaps one day I may accomplish that as well.

Here’s hoping that you enjoy these fine food cards just as much as I do.