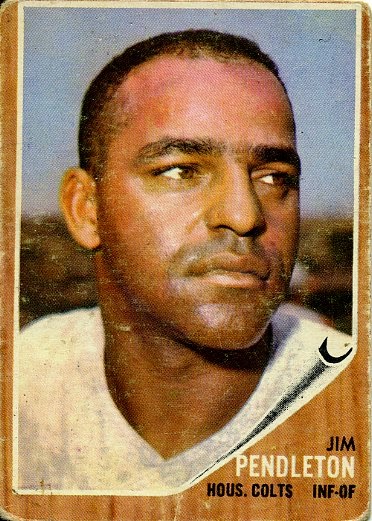 I know I’m not the only one among us who utilizes the great Trading Card Database website to catalog our collections. It’s pretty phenomenal in my opinion. I use it to build my want lists, identify mystery cards, and occasionally chat about cards. It’s where I discovered Brian and his then-beta now fully functional app MiraCard, which I also highly recommend.

Sometimes, I use it to discover other cards I didn’t know I wanted. And every now and then, someone strikes up a trade via the transaction or messaging services. Such was the case a few weeks ago when Denis of Quebec contacted me. He had inquired about a 1964 Claude Raymond duplicate I had in my Sale/Trade list. After a few messages, we’d worked out a swap that included a few vintage Expos for him and some vintage Houston cards for myself. This Jim Pendleton on the right was just the second in my search for the 1962 Colt .45s set. Well, I have a couple more but they’re signed and in my team autographs binder. 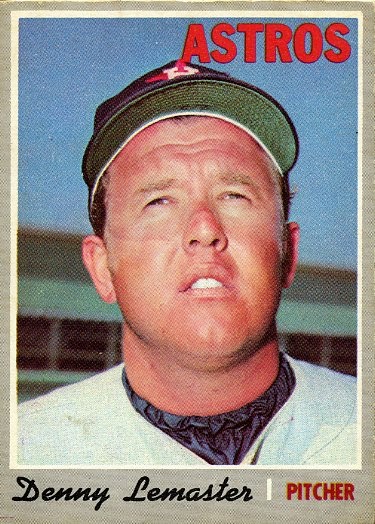 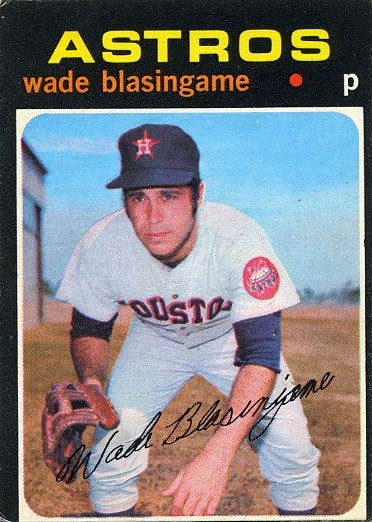 The other two cards I received from Denis were this 1970 Denny Lemaster and the 1971 Wade Blasingame. But these aren’t any ordinary vintage cards – think back to from where they were posted in the first place. 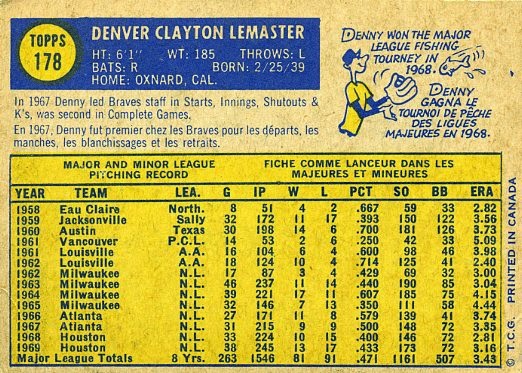 Yup, they’re O-Pee-Chees! Check out that glorious French text.  I’m sure Denny Lemaster was pumped about winning a fishing tournament. Do you think “Major League Fishing Tourney” means that it was simply other major leaguers? Or perhaps was it a major fishing tournament? Nah, gotta be the first one.

Most of the O-Pee-Chee sets are simply distinguishable from Topps by their French text, but 1971 offers a delightful alternate back. I’ve got to say, I think O-Pee-Chee was the winner here. If I make some ’71-style customs (like my George Springer), I may mimic the Canadian backs and just switch the text a bit, adding a second English block. Or perhaps I’ll do the dual language thing, pour quoi pas?

Denis also included one more goody for me in the envelope – a Canadian stamp that’ll send a letter back to the US of A. Why would I ask for such a thing? The answer is simple – so that I can write to Mr. Claude Raymond for his John (er, Jean?) Hancock. I’m pretty excited about sending that request soon.