by MarcPosted onNovember 16, 2014July 12, 2019
It feels like ages ago when I first teased that box of 1995 Skybox E-Motion and announced my new job. Well, said job has barely left me with any time for posting, but I’m finally getting down to business. This is the first time I’ve busted a box on the blog, so I thought I’d do it in quick pack by pack rundown, highlighting a couple of my favorite cards in each pack. There are 36 8-card packs in the box, so I broke it into six-pack chunks across six posts. 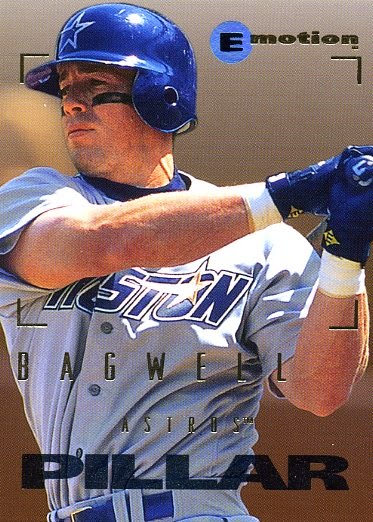 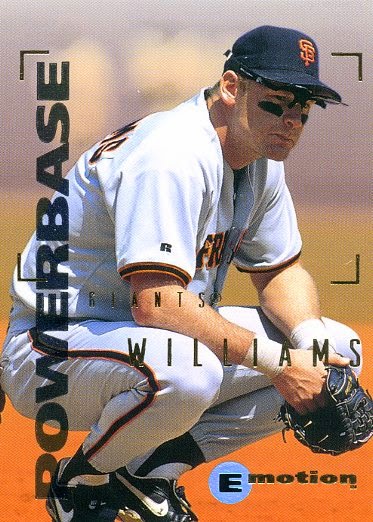 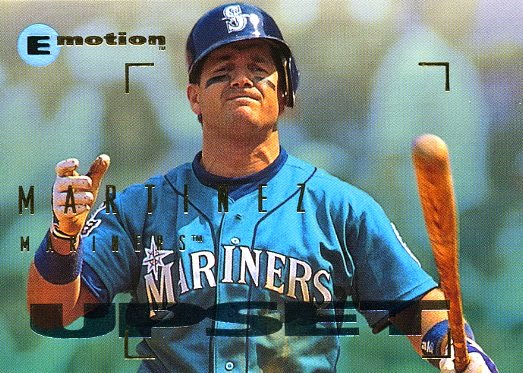 Alright, starting this one off with a bang! Pulling that Bagwell in the first pack seemed like a great sign. Remember, this is a 1995 pack, meaning that Jeff and Matt were both coming out of monstrous, unfortunately strike-shortened seasons. Pretty sweet to pull this duo.

Meanwhile, Edgar Martinez is still disappointed by the strike. I mean, they even described him as upset. Well played, Skybox. 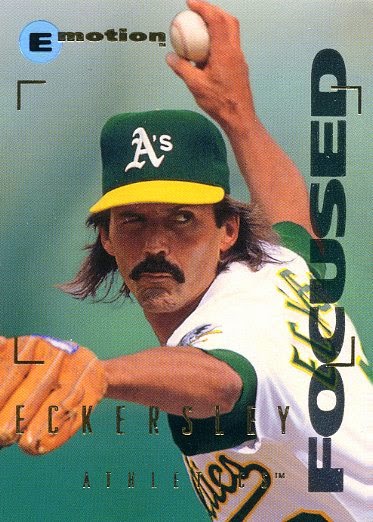 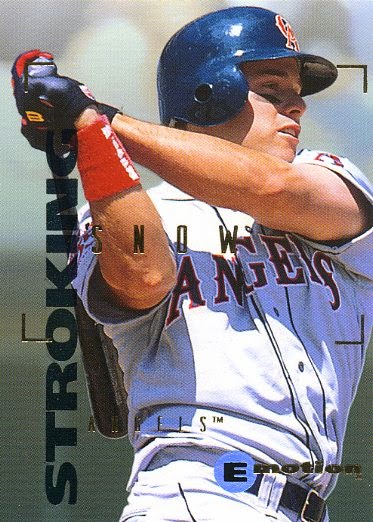 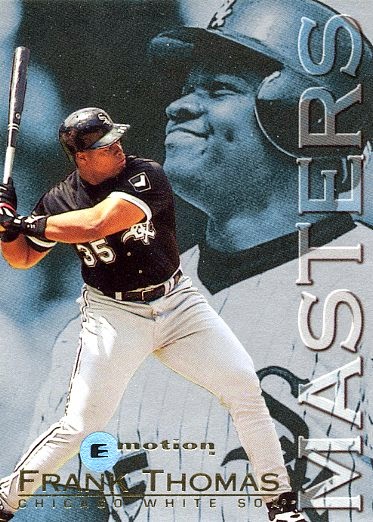 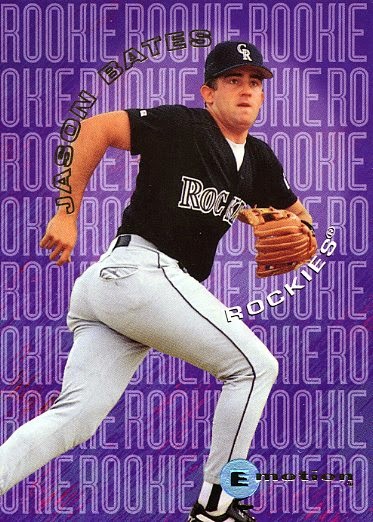 Pack three saw the first Rookies insert that I pulled. I don’t remember Jason Bates, but I figured with all that purple I should showcase psyched-up Vinny Castilla, who’s riding that Rocky Mountain High. 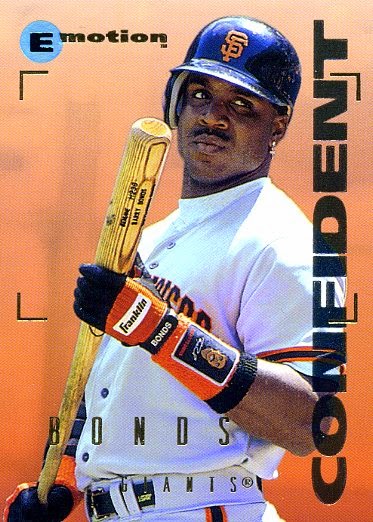 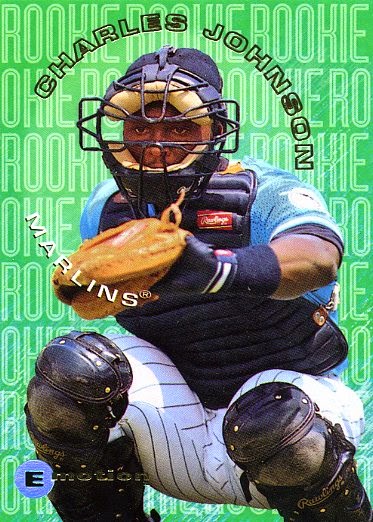 The collation problems have cropped up already, but with a short checklist of 200 cards, that was bound to happen. Barry looks like nails here, and Charles Johnson shows up as the second Rookies pull. 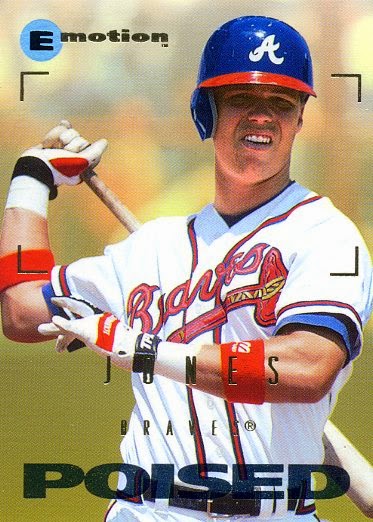 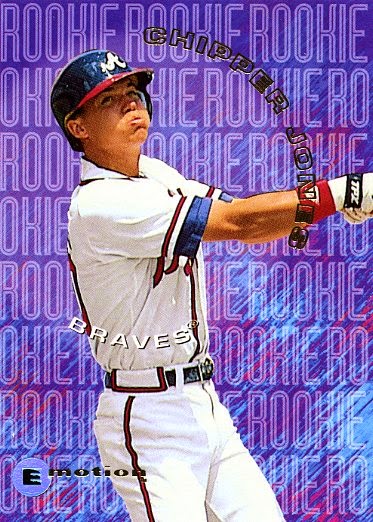 Pack 5: Terry Steinbach, Tim Naehring, Chipper Jones, Chipper Jones – Rookies insert, Quilvio Veras, Glenallen Hill, Ray Lankford, Ben McDonald
Good ol’ Larry Jones. As a kid, I hated him. I hated his high socks (which of course I love to see players wear now); I hated the way he and his stupid Barves got in the way of my Astros, and I hated the way he always seemed to come up with the hit. These are nice looking cards, though – especially that Rookies insert. 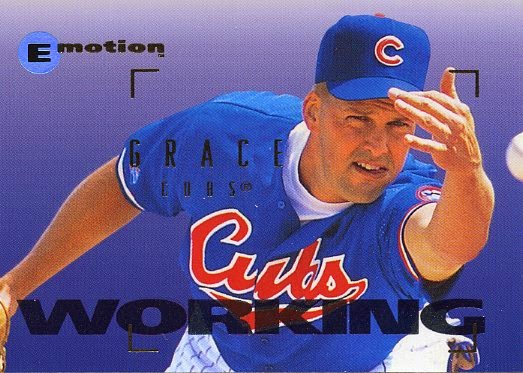 I felt like this Mark Grace was a particularly nice shot, but the real highlights of this pack are the two rookies involved. Always the rookies, right? Well, when it’s a contorted tornadoish Japanese pitcher and one of the classiest ballplayers in history, who can say no to that duo? Look at these two beauties. 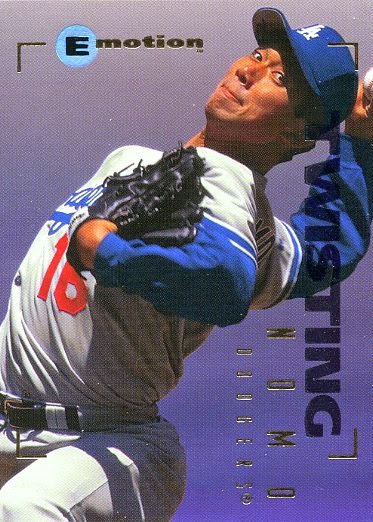 Alright, that’s enough rambling for today. After all, there are five more of these posts in store.