Ok, time to keep moving on this box! I’ve got to get to writing if I’m going to keep up with all the drafts that I’ve started and showcase all the wonderful trades you guys have sent my way. 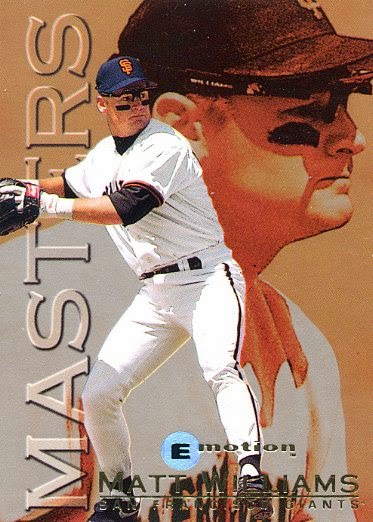 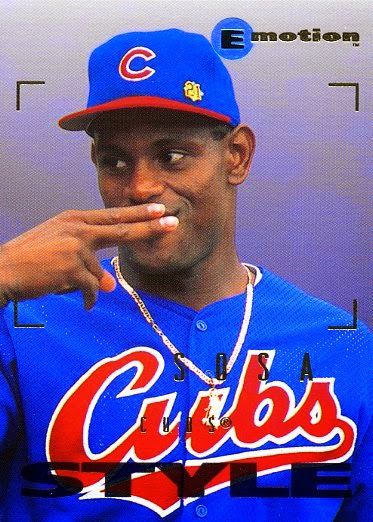 Who can forget Slammin’ Sammy’s peaceful kisses? Check out his cap pin as well, a nice tribute to Mr. Roberto Clemente. Meanwhile, I scored another sweet Masters insert, this time of Matt Williams. 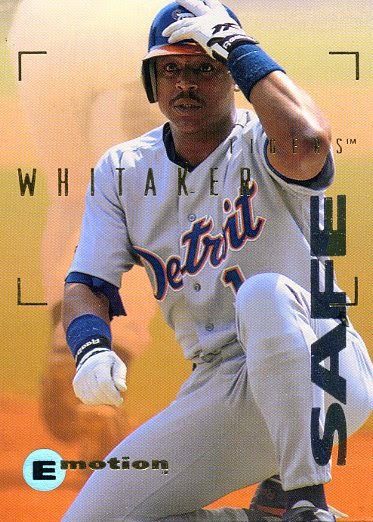 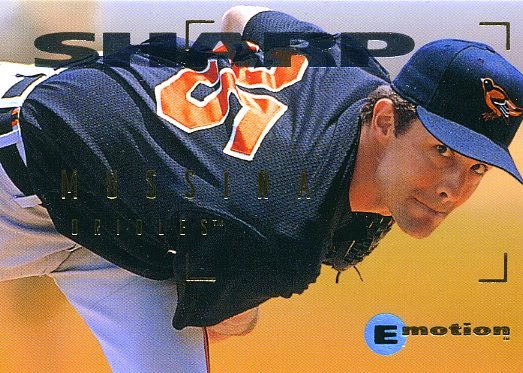 I love this Mike Mussina card. I pulled one of these in the few packs of E-Motion that I bought as a kid, and I’m certain that I had a healthy amount of hesitation when I decided to drop it into the mail on an early TTM request. Thankfully, it made it’s way back to me, with a beautiful black signature. I’ll have to show that one off sometime. I hope Sweet Lou here gets some more recognition sometime soon – I think he and Alan Trammell certainly get the short end of the stick. 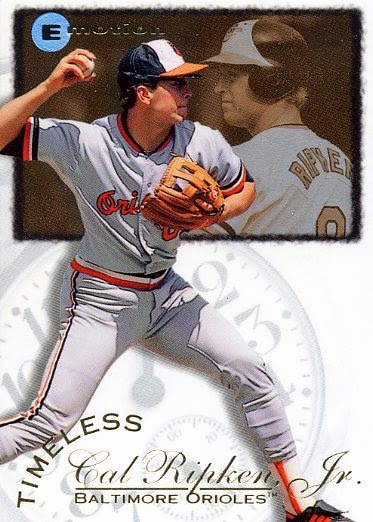 Pack 9 was chock full of goodness. I’m going to have to stretch a bit to show it all off here. I pulled my first of the Cal Ripken Timeless insert series from the box, one that spotlights Ripken in one of his earlier days with Baltimore. These babies are pretty sweet, and in the end I managed to pull several of them.

Let’s talk about that Mo Vaughn up there. Well, do we even need to? ‘Nuff said.

It made me really sad when Finley and Caminiti were shipped off by the Astros in the Operation Shutdown trade. Finley will always be the guy that got away.

Alright, these last two were just too good not to show off here on the blog: Charles Johnson and Rondell White, complete with Charging and Surging adjectives. That intensity. Those photos. These are great examples of why I love this set. 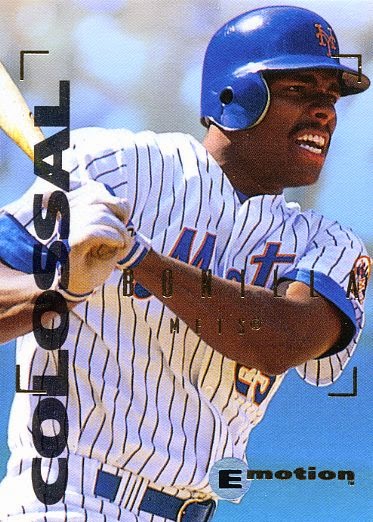 Bobby Big Bucks! You know what else is colossal about this card? The fact that the Mets are still paying for this guy. Hah! On the other hand, I pulled another of my favorite examples from this set, Mr. Intense himself – Will Clark.

You know I can’t let the Biggio go by without posting it. Versatile, indeed.  Curt there is another one who got away from the Astros, and into a now legendary career. I think he probably ought to make it into the Hall, and I don’t care what the rest of you think. How about that adjective, though? Surviving – that’s a crazy bit of foreshadowing, Skybox. Right now Curt is simply trying to survive after his battle with cancer. He looked well-worn last time we saw him on TV, but hopefully he’s recovering well. 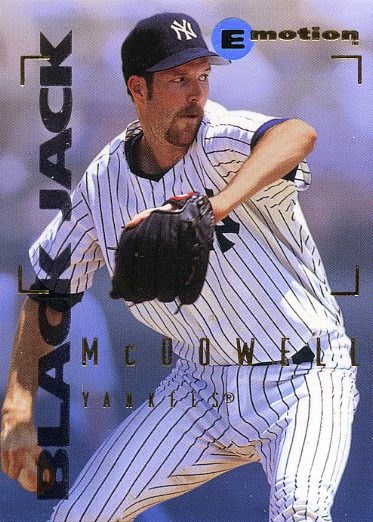 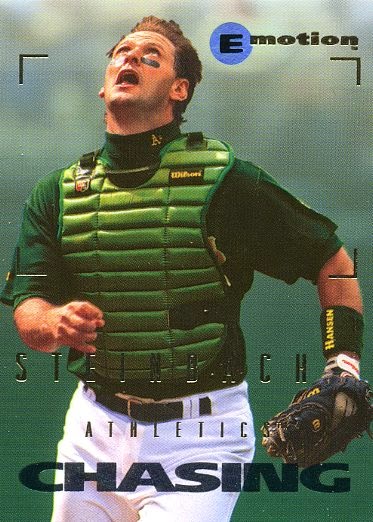 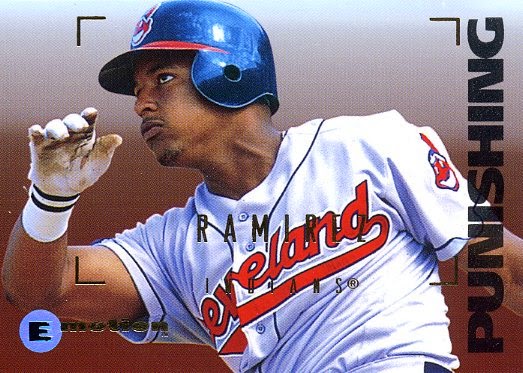 That Terry Steinbach is a fantastic catcher card. I pulled a couple of these and Terry’s been on my to-write list for a while partially because he’s two bucks a card (for charity) and I’m trying to decide between several cards, but this one is definitely going to him. Young Manny Ramirez is an absolute stunner of a shot as well, and Punishing is a pretty good word.

We’ll close this post with the last Astro from the first twelve packs, John Hudek. “Deadeye” might not be the word that comes to mind immediately, but Hudek had come on strong in 1994, earning 15 saves before the All-Star break and a trip to the 1994 All-Star game. He finished a distant second in the NL Rookie of the Year voting to the Dodgers’ Raul Mondesi, and pitched well in 1995 before being sidelined by an injury which led to the removal of one of his ribs. Hudek’s daughter Sarah is a pitcher as well, and committed to a community college here in Texas. Hopefully she does well, it’d be great to see something come out of that.