by MarcPosted onDecember 22, 2014July 12, 2019
I’m determined to finish these posts up before I head off to Nashville for Christmas. Writing box breaks are exhausting! I’m not sure how you bloggers manage this. Don’t get me wrong, I love this set, but trying to say something about each pack isn’t as easy as I thought it would be. 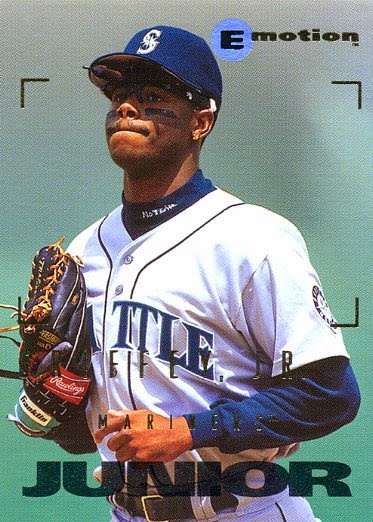 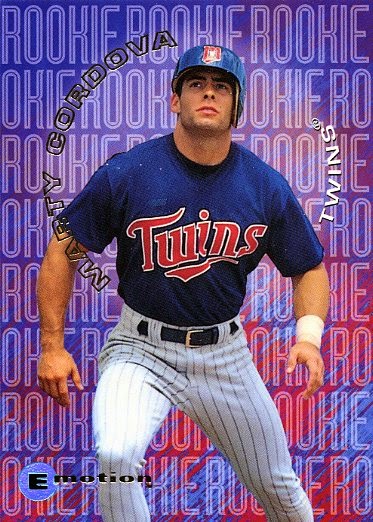 The second half of the box starts off with a nice shot of Junior, along with another rookies insert. This one features Marty Cordova, who seems to be pondering the meaning of life, or whether he left the iron on at home, or what kind of pizza he wants after the game. Or maybe he’s just checking to see if he should tag up at second. 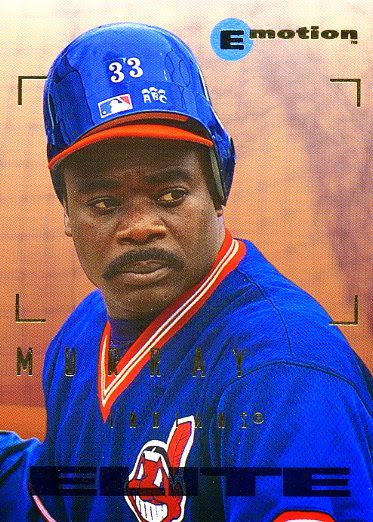 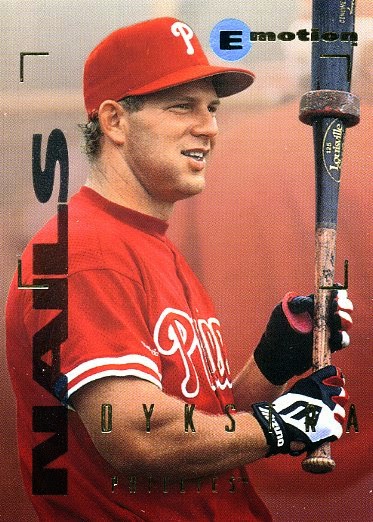 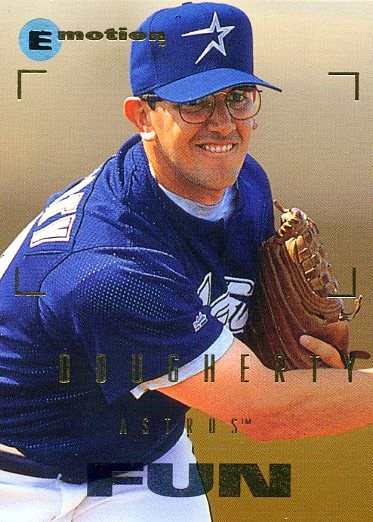 The twentieth pack netted me another Astro – one that didn’t seem to get too many cards in a ‘Stros uni, either. The grand ol’ Trading Card Database (can I ever exclaim how much I love that site?) has him pegged for 16 Astros cards, with maybe another 10 Houston-affiliated minors cards in the mix. According to Skybox, Dougherty’s adjective is Fun.

I pulled a nice late-career Eddie Murray and a swell-looking Lenny Dysktra, complete with chaw, a doughnut, and enough pine tar to choke George Brett. 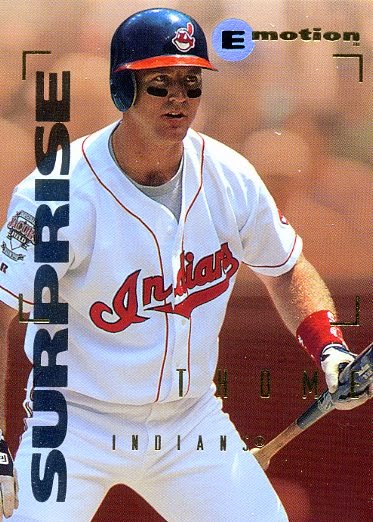 Surprise, Jim Thome! It’s the Human Tornado himself! These two cards are particularly nice pulls, in my opinion. 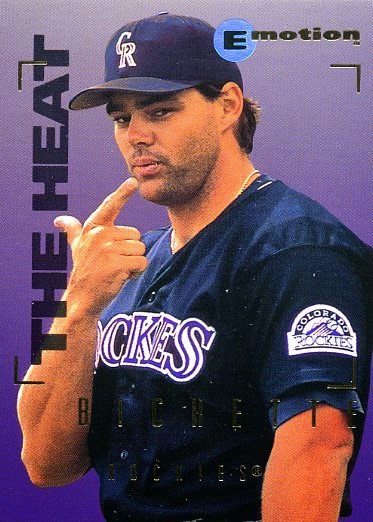 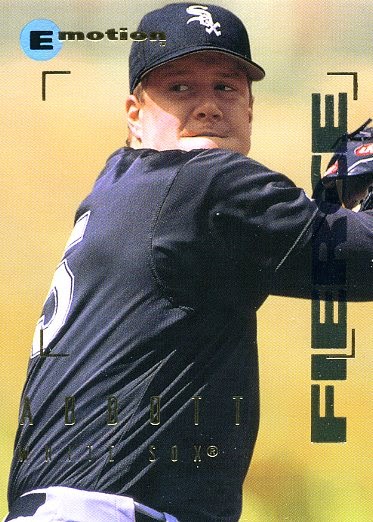 
These were in back-to-back packs. Well, maybe, I lost the order a bit at some point. I really dig the Jim Abbott and Dante Bichette cards, although I have no idea why they chose “The Heat” for Bichette. I suppose it’s an obtuse Inferno reference. 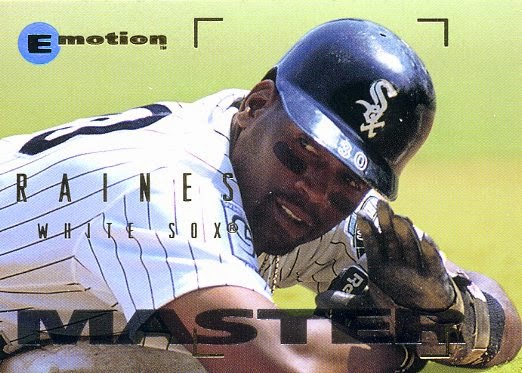 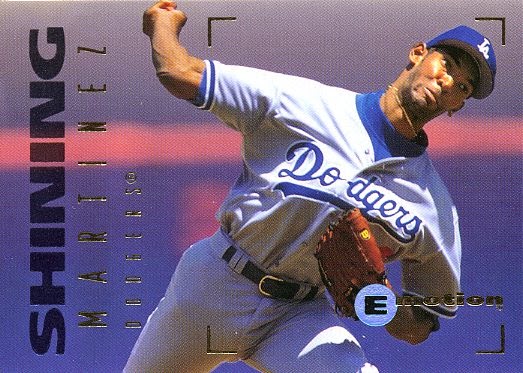 Can we all agree that Raines deserves to be in the Hall? Wait, we do? Well then why can’t the writers? This is another great card from the set.

Once deemed the greater of the two Martinez brothers, Ramon’s skills were of no small significance. He was just simply outshone by Pedro, no pun intended. 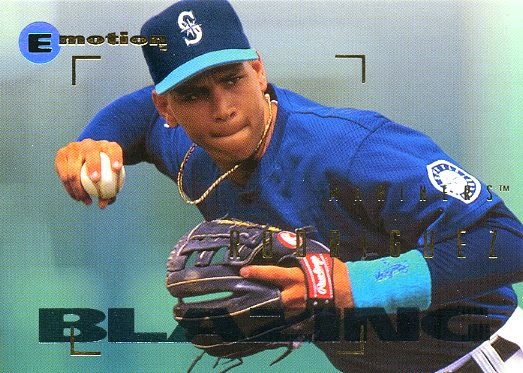 As you can see, by the twenty-third pack it’s getting a little harder to get excited about ripping packs of a 200 card set. This is a really nice early A-Rod card, but the rest of the pack is a little pale: a Finest Masters dupe, no-name rookies, the Gambler. Blerg. 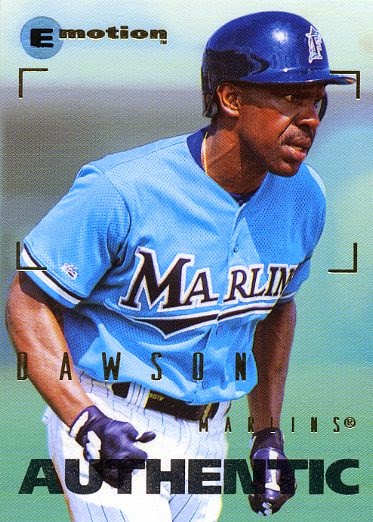 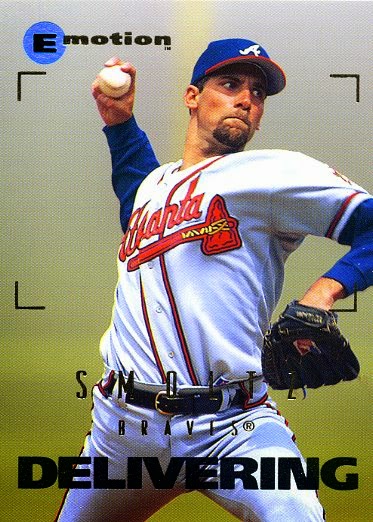 
We’ll close out this six-pack strong, though, with The Hawk and Smoltzie. We’ve got a HoFer and a likely one – not that bad. Even if I did pull another Gambler.