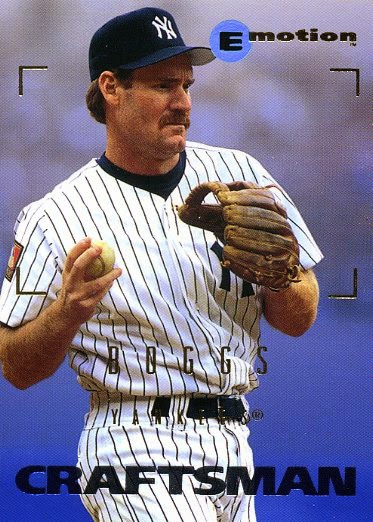 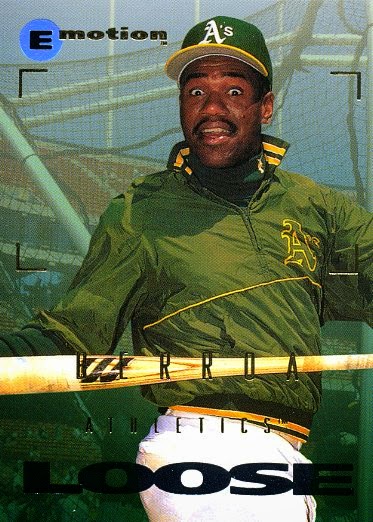 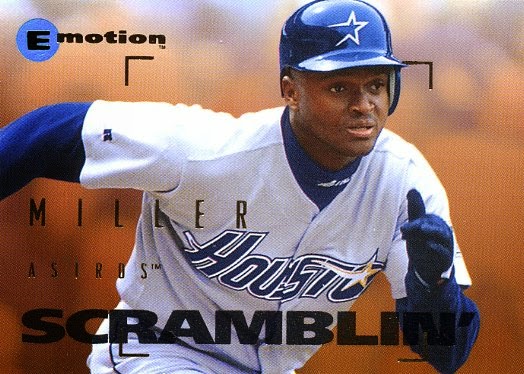 I’m typing this months after opening them by now, but I can recall audibly laughing when I came across that Geronimo Berroa card. I can think of quite a few of you bloggers who will appreciate a card of such campy magnitude. Wade Boggs on the other hand is depicted rather stoically, a strong contrast to the wide-eyed field of green next to him. Perhaps the Yankees were more strict about his beer and chicken habits.

I’ll wrap this pack by showing off Scramblin’ Orlando Miller, who checks off another one of the Astros needs for me. 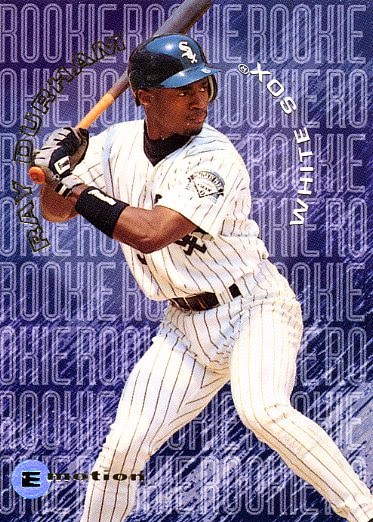 I swear, the photography in E-Motion is just top notch. Sure, there are some cropped hands (coming soon) but the quality of the shots along the color filters for the background, combined with the heavy duty card stock makes these so much fun to hold and examine. Let’s look at that Paul Molitor shot – they choose to show off Molitor’s handsome coif by picking a shot of him returning his helmet and gloves. He almost looks less like a ballplayer and more like a model playing one.

The rookie inserts started to come back around in these packs, and I’m pretty fond of this Ray Durham shot as well. 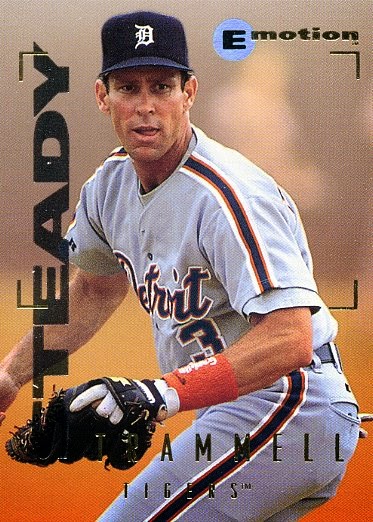 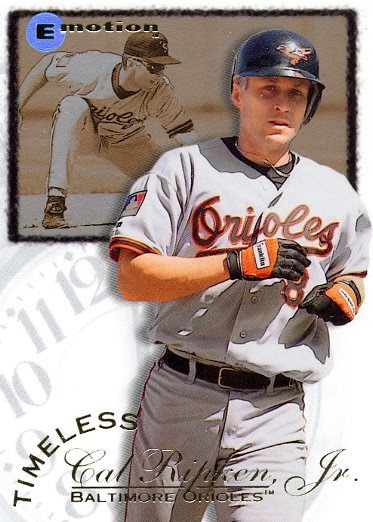 In the last post I mentioned rooting for Travis Fryman as a kid for no apparent reason – I file Alan Trammell under that category as well. Perhaps, growing up as a NL kid, I had no real qualms about developing some slight loyalties to an AL team. Maybe it was because those teams weren’t marching into town and kicking my team’s butt in three game stretches, and so I grew to like the stars of the AL teams like the Tigers, Rangers (yep), and Orioles. I don’t recall developing an affinity for that many other NL players other than some of the Pirates, which was understandable given my dad’s history. That rumination is probably fodder for a whole other post.

Anyhow, this Trammell card is nice – he’s got the MJ tongue going, ready to field and fire to first. My only problem is that his right hand is chopped.

My final Timeless insert of the box came out, giving me a total of five. I think what I like most about this particular card is it’s not too Cal-specific. You could have taken this design and run it with a myriad of different players, and it would look just fine as standard insert series. I’d want to change the typeface of the clock, but that’s just me. 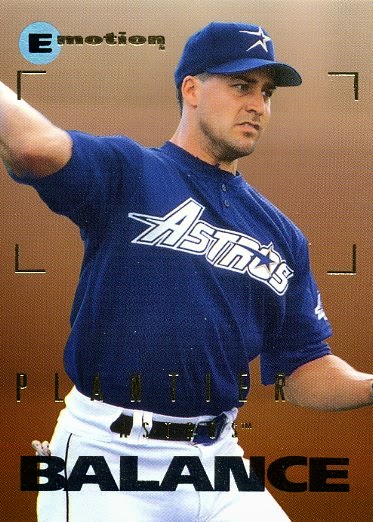 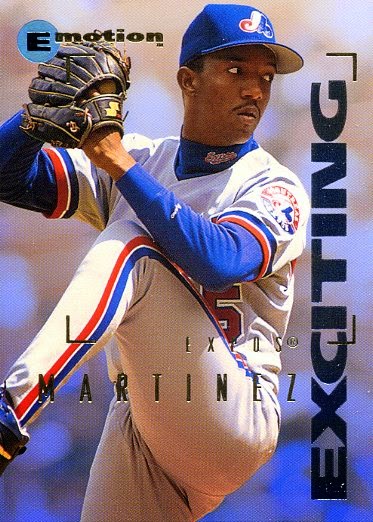 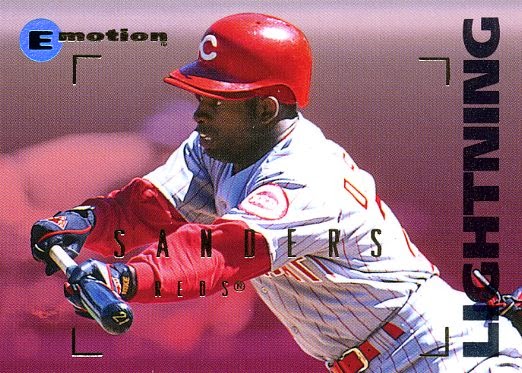 Ok, here’s an example of bad cropping in this set. I understand that Phil Plantier is a utility player who was traded mid-season in 1994 but they had to be able to find a better shot of him than that. I’m not sure how balance figures here, either. Exciting is a great adjective for Pedro Martinez, and an excellent bit of foreshadowing.

There’s just something about Neon Dieon that I loved. The days of the two-sport star are gone, and while he was outlandish and sometimes arrogant, he was still fun to watch. You’ve got to love a good bunt shot, too. I’m not certain I’ve ever seen the barrel end of a bat numbered, either. 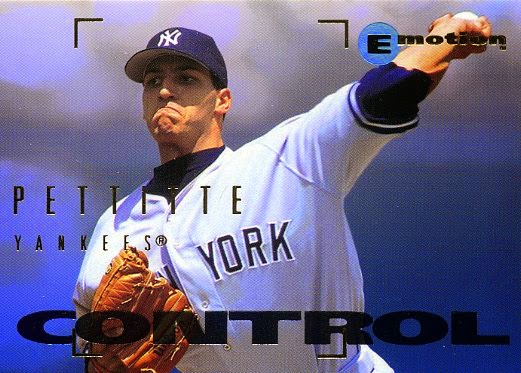 We’re closing in on the end of the box, with just two packs to go. The Pettitte rookie up there is really nice – a fantastic pitcher horizontal with a good crop.

I have a bone to pick with this Dave Winfield card, though. This is arguably the weakest and probably the worst card in the set. There’s a terrible harsh flash, a wretchedly bland and unflattering photo of a man who was a phenomenal ballplayer. If I could redo any one card in this whole set, I’d put this one at the front of the line. They even called him a warrior, but he looks sad and tired. That’s no way to treat a man of his stature.

There were two more great cards nestled into the pack, however. I love me some Juan Gone (where have you gone, Juan?), and in 1995 explosive was a very apt description of him and his bat. We’ll wrap this pack with the final Rookies insert of the box, none other than A-Rod himself. That leaves me with eight of the ten cards in the insert set. 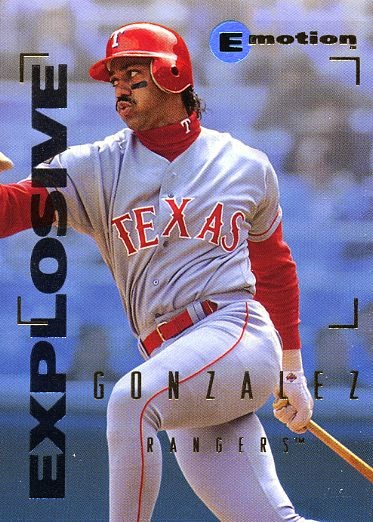 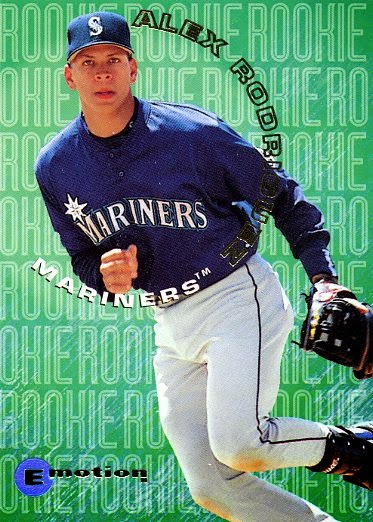 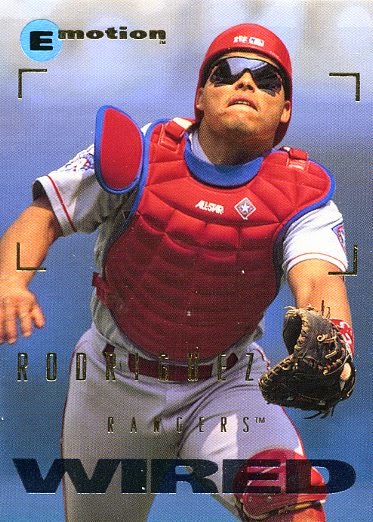 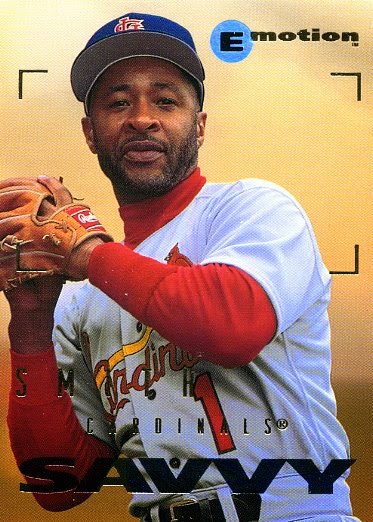 
It’s not a Bagwell/Biggio combo, but that’s a pretty phenomenal duo to close out my box break. Pudge and The Wizard, two of the best at their positions. I’m out of words at this point.

So where does that leave me for the box?

Including my Astros dupes, that’s just 37 cards to finish a master set – not bad at all! I think I’ll make a run at it.

Thanks for reading, and happy new year!