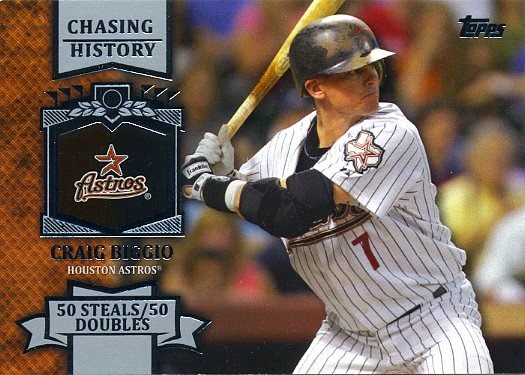 It’s the holidays, which for the moment means that I’m sitting in the office just waiting to see if anyone actually calls us. So I’m trying to catch up on some of the drafts I’ve had in my folder for a bit – posts that I never meant to let sit this long, but alas, such is life. Fortunately I made sure to just scan some stuff and toss it into these drafts, or else I wouldn’t be able to properly thank any of the great folks that sent me cards over the past couple months.

This one goes out to Kenny, aka Zippy Zappy of Cervin’ Torren’ Up Cards. Some time ago – not too long, I hope – he sent me a nice little package full of Astros. It was perfection. 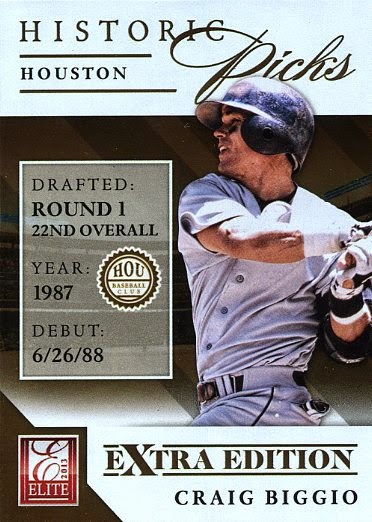 We’ll start off with two cards of my childhood heroes, the Killer B’s. That’s a pretty darn good job by Panini on the Biggio card, in my opinion. Of course, it doesn’t hurt that his helmet was perpetually marred with pine tar and infield dirt. A little clone stamping, and boom, no logo. Kenny even found a Bagwell I needed. In fact, if I recall properly this may have been from a repack he posted, which could have started this whole trade. 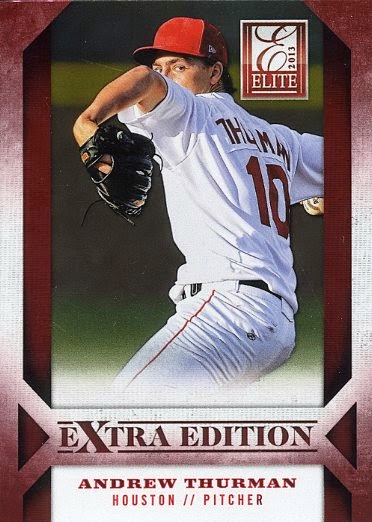 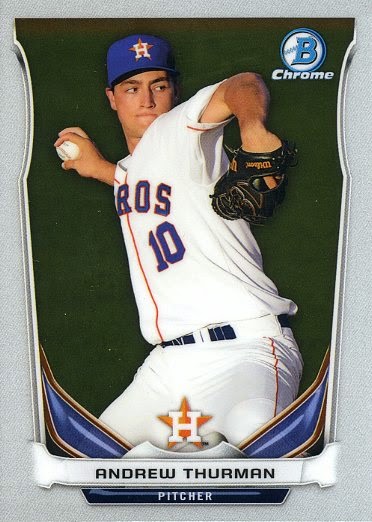 Kenny loves himself some prospects (specifically Yankee prospects) – but who doesn’t? I was thrilled to find these two Andrew Thurman cards waiting for me in the package. The Extra Edition is meh – hidden face, blank red cap, but that Bowman is a nice shot. Thurman looks pretty good so far, and is also a great TTM signer, so one (or both, perhaps) is heading to him before long. 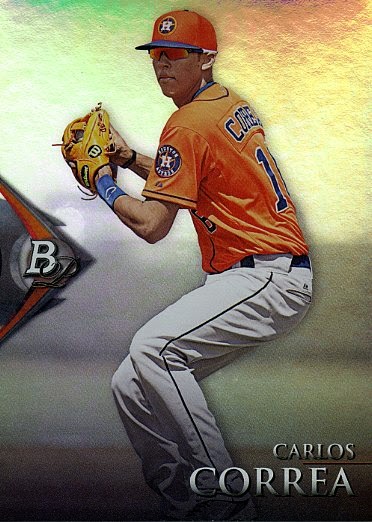 More prospects! Both of these guys suffered from some serious injury over the past year and a change, but hopefully they recover nicely in 2015. DDJ unfortunately wound up as an odd man out, suffering from a talent squeeze and the need to protect some pitching prospects, and was subsequently drafted by the Rangers in the first round of the Rule V draft a few weeks ago. There’s a pretty good chance that he’ll make his way back to the Houston system after a year – at least I hope so. Either way, I wish him well. I don’t think I even need to say anything about Correa, but I sure was pumped to get this Bowman Platinum from Kenny! 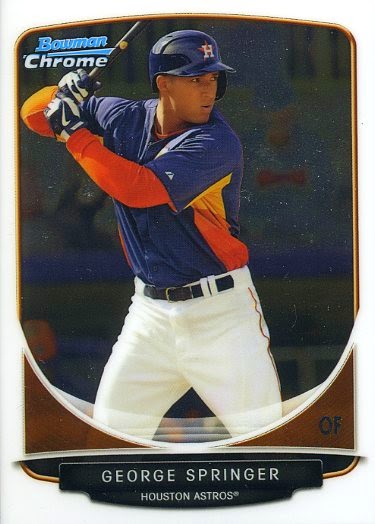 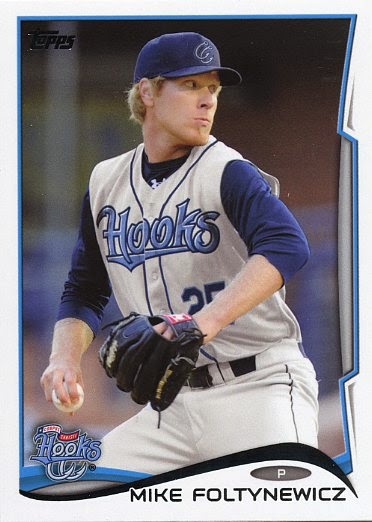 Alright, closing out the pack are two promising prospects who cracked the big league club this year, and whom I got to see in person several times. Leg problems kept Springer out of the lineup for a good chunk of the season, otherwise I think he would have put together a solid run at the AL ROY award, though Abreu certainly wound up making that a steep mountain. Here’s hoping he bounces back quickly in 2015 and can cut down those strikeouts. The Astros have an entire outfield comprised of center fielders now – four of them in fact, so that should be interesting.
I was fortunate enough to see Folty light up the gun in AAA as well as the big show this year, and the kid is impressive. He is tall, fiercely competitive, and has a whip of an arm. He’s definitely one of my favorite new Astros. This Pro Debut shows him in the lovely AA Corpus Christi Hooks uniform.
Thanks for all the great cards, Kenny!
– Bru

0 Replies to “I’ve Been Zippy Zapped!”