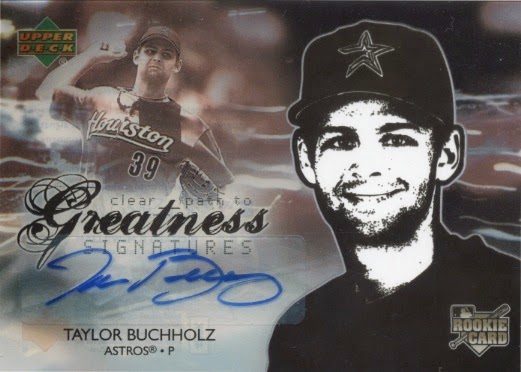 This Catch O’ The Bay score was hauled in around a month ago, when I decided to finally jump on a set of cards that had been sitting in my watch list for months by then. I’d originally found these thanks to a Jimmy Wynn oddball that you’ll see later in the post, but quickly found a nice selection of Astro autographs from the same seller, all priced quite reasonably. What’s more, they all had one of my favorite features in an eBay listing: Best Offer.

That’s practically inviting me to send you a bunch of offers and save on shipping, Mr. eBay seller! Oh wait, you know that. Well, that’s what happened, so let’s show off the goods. 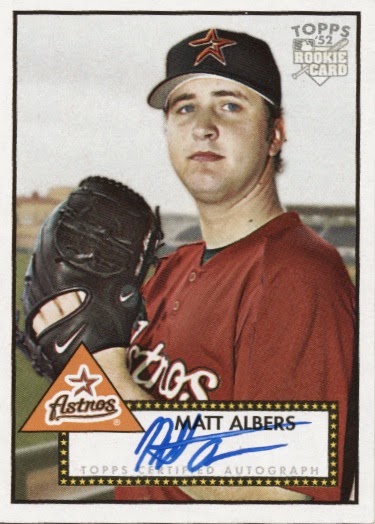 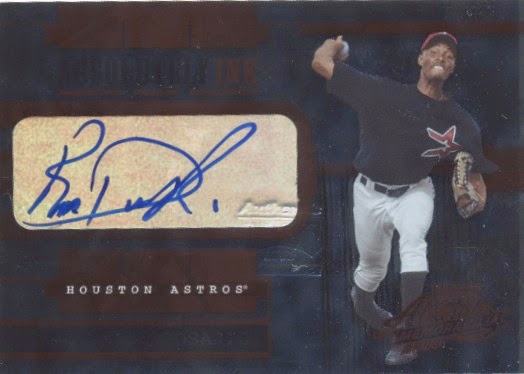 I pulled in a small haul of certified autographs from then-prospect pitchers. These include that Upper Deck “Clear Path to Greatness” card featuring Taylor Buchholz at the beginning of the post to the above nearly un-scannable but rather nice looking Playoff Absolutely Ink nearly Rodrigo Rosario. My favorite might be the Matt Albers on the right, but that’s because of Ben and Sam at Effectively Wild. The Buchholz is a really neat acetate card, but unfortunately it’s a sticker auto. 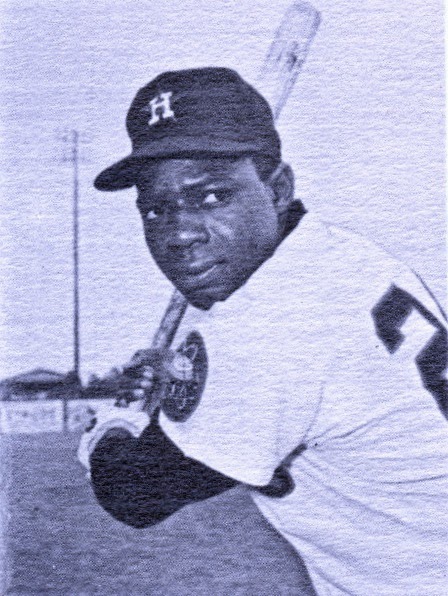 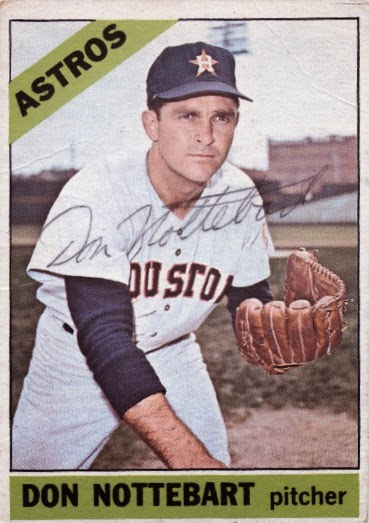 These two were the keys to the sale. I had just done some tallying on which Astros were no longer with us, so Nottebart’s name was fresh in my mind as a signature that I would need to purchase at some point. The price on this 1966 was very reasonable, and while it’s a pen autograph, I still think it’s quite nice. There are a couple small creases to the card, but that doesn’t matter much to me.

I chose to portray the Jimmy Wynn a bit larger because that’s about how big it is in relation to a regular card. This came out of a Midwestern oddball set from the 70’s known as Sertoma Stars. There are a few different releases – one is a minor league set, a couple are sets of assorted major league stars. The card is actually much yellower in hand, and the back is split into two sections. The top says Sertoma Stars, the bottom has information about a business. It appears that these were given out as promotional items, somewhat like MSA discs. 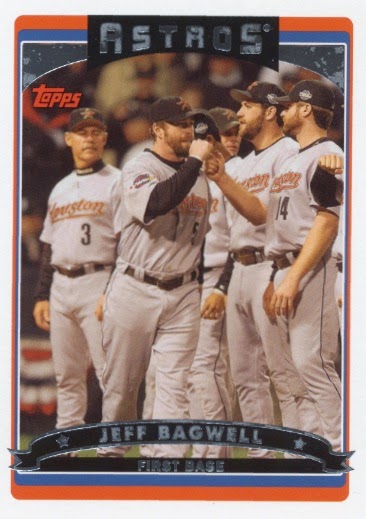 I closed out my buying spree with a few cheap team sets (2 bucks each or less), including a 2006 Topps set featuring Bagwell’s sunset card, an 08 Upper Deck Goudey set, and (not pictured) an ’87 Fleer Glossy team set. Also not pictured was a serial numbered Jason Lane rookie.

All in all these came in at around 15 bucks for the package, including shipping. These are my favorite types of hauls, as it almost feels like I went to the card show and hit up a dealer.