by MarcPosted onApril 21, 2015July 13, 2019
Back in February, I noticed an eBay seller unloading some Nolan Ryan relic cards. Naturally, I took a look through his auctions to see what might be there and affordable, seeing a good opportunity to add a Nolan relic to my collection. There were plenty of signatures and big swatches and more rare serial numbered cards, but I managed to find a handful that were in my budget, and clicked away on the Watch button.

A few days pass, and the auctions start maturing. Some of the items I had been watching had shot way up in price, and I missed out thanks to a couple of snipe bids on a couple other items. I did secure this pair of cards, though. 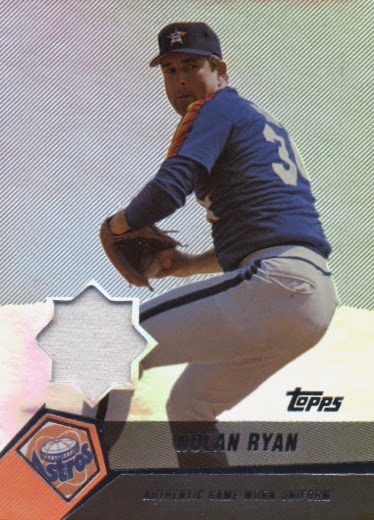 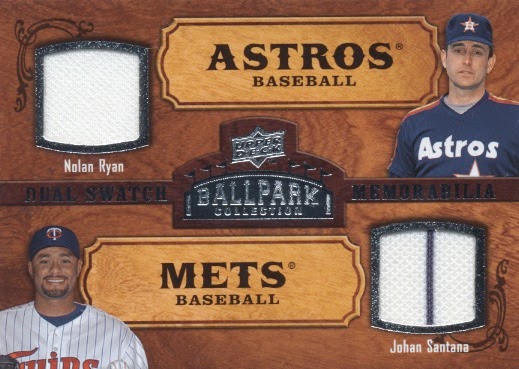 This dual relic from Upper Deck Ballpark Collection features a pinstripe from Johan Santana, but as for Nolan all I get is a plain white swatch. Still, this was a very nice addition for around five bucks. On the right is a Topps Clubhouse Collection card that has since come back to haunt me, as Chris of Nachos Grande pulled one for me in his 2015 Heritage break.

Ah, well, I still only dropped about four or five bucks for the card. I’m holding on to it for the moment and thinking about trying to get Nolan to sign this one. After all, it might be really cool to shoot for the auto/relic combination for one of the club’s biggest stars.