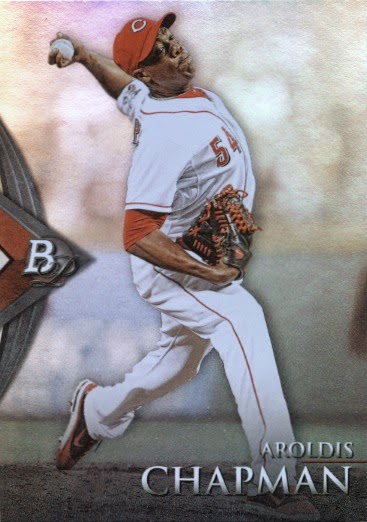 Still trying to catch up on posts, still jobless, still buried in schoolwork. Not a lot has changed over here at RTA headquarters. Let’s start fixing some of that, eh?
In my impatience for new cards to hit the market before the beginning of the season, I snatched up some of the remaining hanger packs of shiny stuff that were left at the area Target shops.
I wasn’t much of a Bowman Platinum fan, but I thought last year’s offering was the best one yet. Best to go out with a bang, I suppose. This hanger pack had some nice goodies within it, including this great Aroldis Chapman card sitting near the top. It’s been great to see both him and Stanton return to form after getting their faces crushed by baseballs. You never know how that is going to turn out, and those guys are electric. 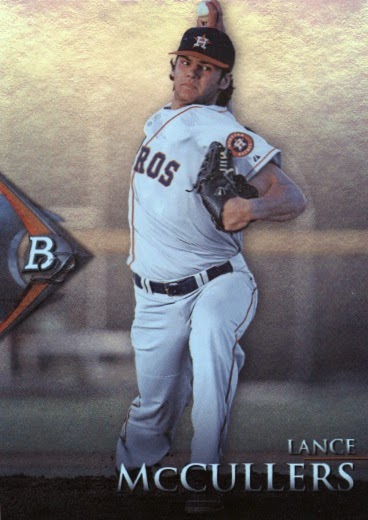 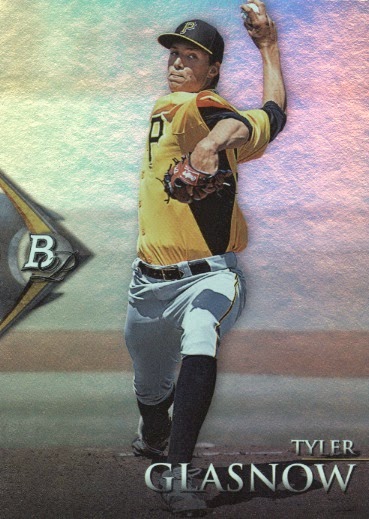 The prospects cards are nice as well, and I pulled myself a good pair of pitchers that I’m looking forward to watching climb the ranks. Lance’s dad played big league ball for several years in the late 80’s and early 90’s, and he’s looking pretty promising in Houston’s minor league system.

I managed to pull some die-cuts as well, including this Cutting Edge Stars insert of Cubs prospect Javier Baez. Bryant and Russell may have leapfrogged Baez recently, but he’s still projected to mash, provided he can drop his strikeout totals. I’m pretty satisfied with that pull. 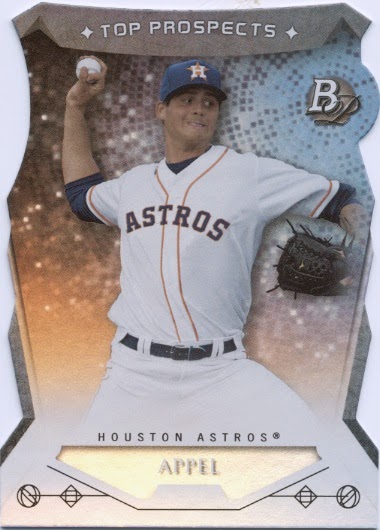 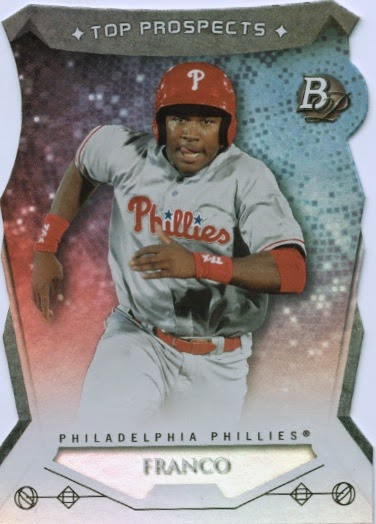 We’ll close out with a couple of the Top Prospects die-cuts. These are fun, but the weird asymmetry at the top is just too strange. I pulled an Appel, though, which is great news for me. The Maikel Franco is available for any Philly phans out there.