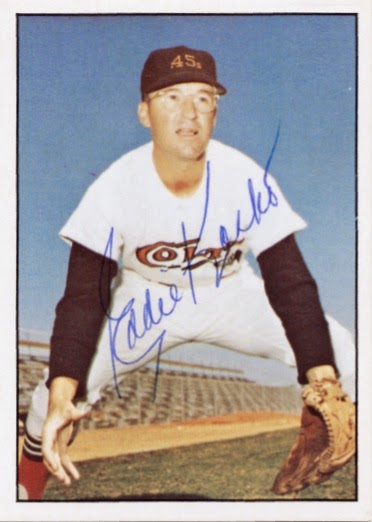 I mentioned in my latest post (the one with the awesome Clayton Kershaw autograph!) that I was cobbling together an Astros autograph collection mega-update. Well, that turned out to be a little too long for my liking, so I chose to break it into a pair of posts. After all, I put you through the paces with my 150th post a few days ago, so there’s no need to do all of that again.
This post centers around the autographs that I’ve gathered off eBay in the last couple months. Mostly, I do this in search of scoring a signature from those Astros who are sadly no longer with us, keeping an eye out for a nice and relatively cheap option for the few dozen former Houston ballplayers that have passed.
Eddie Kasko here isn’t on that list, but this 1978 TCMA is the only card around that features him in a Houston uniform, other than a really obscure oddball postcard. This beauty  of a signature showed up in my Colt .45s saved search, and only ran me a few bucks. For such a sweet looking signature, I decided to just jump on it. 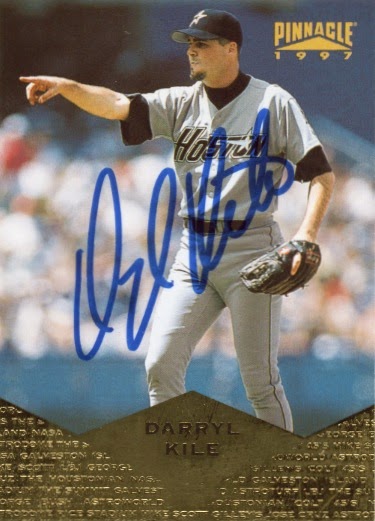 These next four all came from the same seller, who seemed to be unloading a large portion of his old autograph hunting collection. All told I think it was about six bucks with shipping. He had these paired up in the auctions, and finding a Darryl Kile for less than five bucks itself is impossible. I added the auction with Swindell as he doesn’t seem to sign through the mail. I have a card that I got signed by him back in my youth, but it shows him on the Indians. 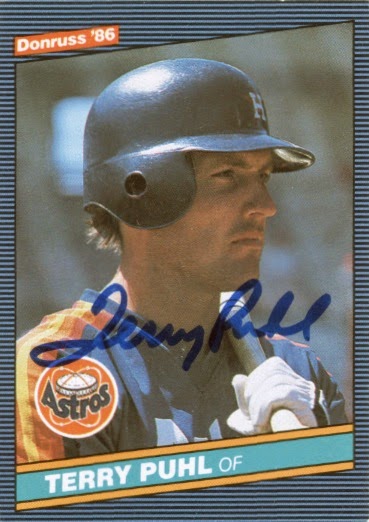 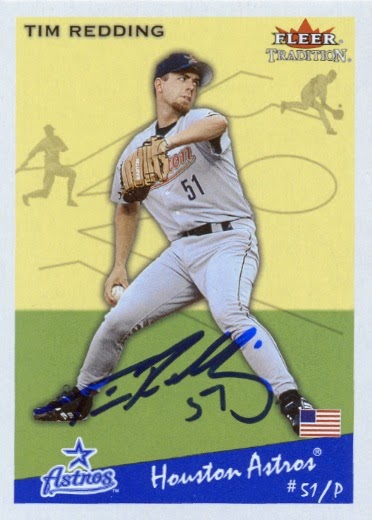 I had gotten a response back from Redding not long before buying this lot, but the inscription of the uniform number at the bottom is a nice addition. I may have mentioned this before, but I played youth basketball with Terry’s son, and have about ten cards signed by him at this point, but the 86 Donruss looks nice, and he has a pretty signature. Terry came paired with Darryl, and Redding with Swindell. 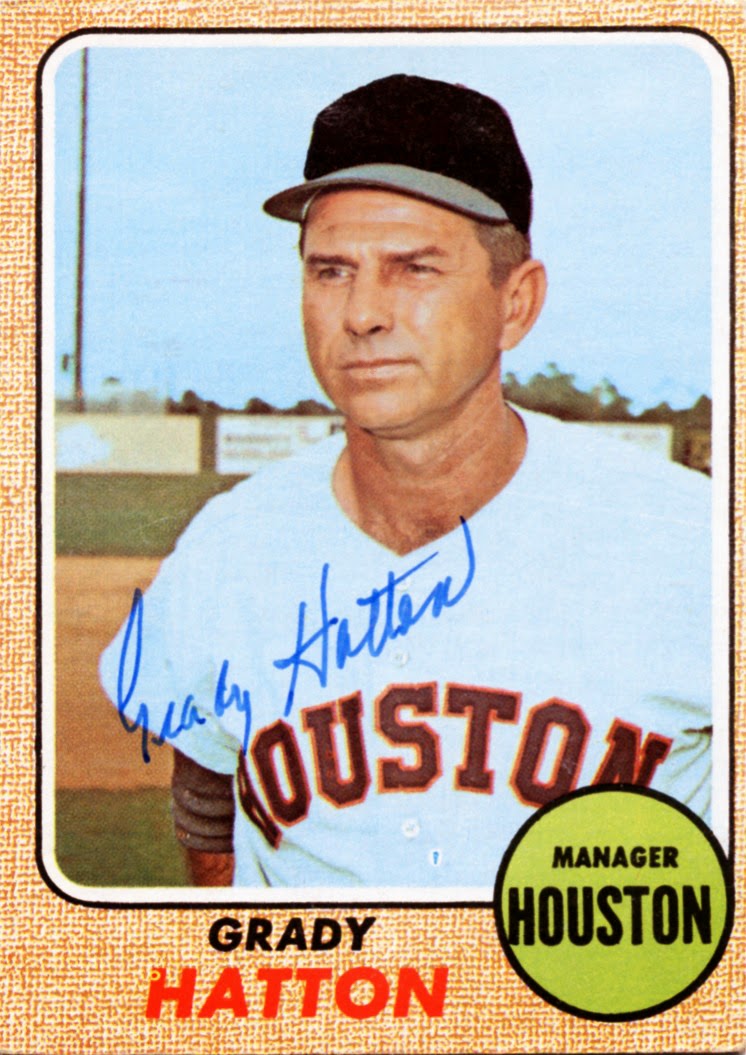 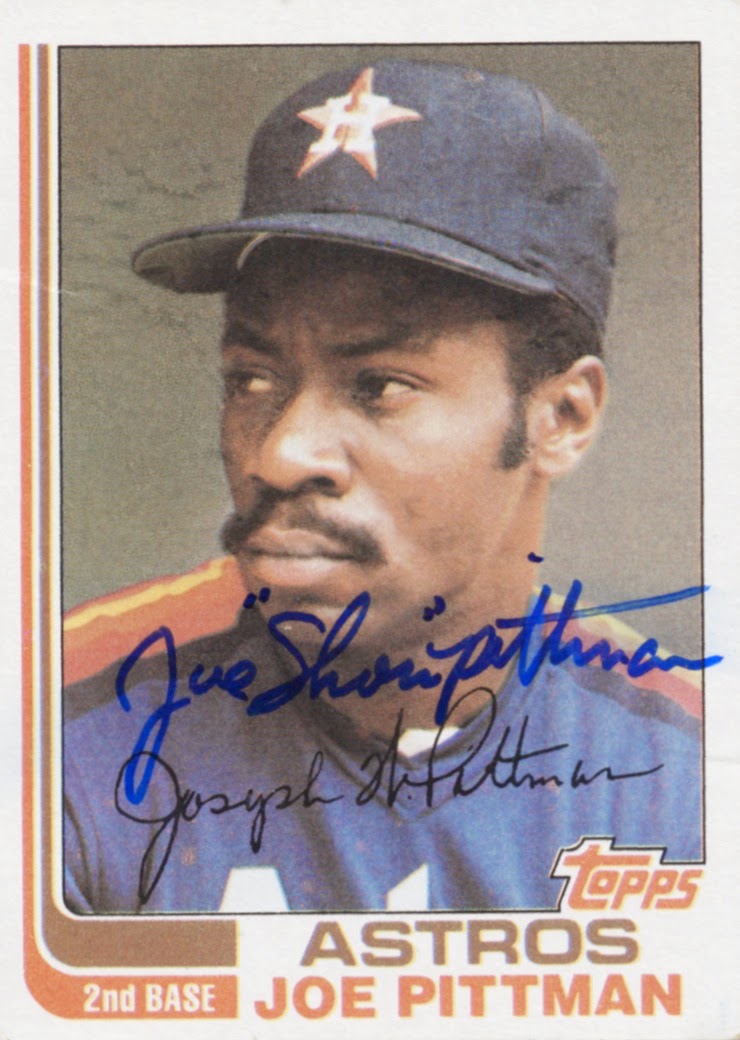 These last two were separate pickups that I started searching for a few weeks ago. Finding autographs from some of the earlier managers of the club is one of the more difficult aspects of the collection. I think I’ll be ok without a few of them, but I would certainly like to represent as many of them as possible in my collection. This ’68 Grady Hatton was another cheap, no-brainer pickup.

I think I’ve actually had a saved search set up for Joe “Shoes” Pittman since he passed last year. Most of his signed cards are Padres, and the going price on them is a bit high in general. The ’82 Topps you see here popped up for less than five with shipping, though, and it’s another really pretty signature.