Time to salvage another post from the draft folder and make up for a missing entry. These here cards come from an excellent and cheap little minor league group break that Weston of Fantastic Catch held not too terribly long ago.
When this mailer arrived, I had honestly completely forgotten all about the little break. I guess I was just too lost in excitement over those big 2015 breaks that Chris from Nachos Grande had been throwing, and it honestly took me a moment to figure out what the heck I had and why I was holding it. There was no note, either, to make it all the more confusing.
But, my brain finally caught up and realized that I was holding a small bundle of Astros prospects, courtesy of Weston. Thanks for this little break, it was a lot of fun!
This shiny Tommy Manzella is a Reflective parallel from 2008 TriStar Projections. Well, their projections were at least partially correct, as Manzella did manage to crack the big leauge roster. These were dark days for the Astros system, though. 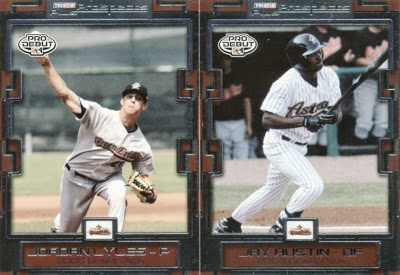 More 2008 TriStar cards, but these are from Pro Debut (sidebar: did Topps acquire that? Is that how they got the name?) Jordan Lyles made good, and pitched well enough to make himself trade bait for the Rockies, while the Astros netted Dexter Fowler in the deal. These have a bit of extra foil around the border, but I like them.

In the first box of Donruss Elite Extra Edition, I gained a couple more Astros, including that Building Blocks trio featuring some highlights of the 2011 draft class. Notice who is at the top? That’s right, good ol’ George Springer. 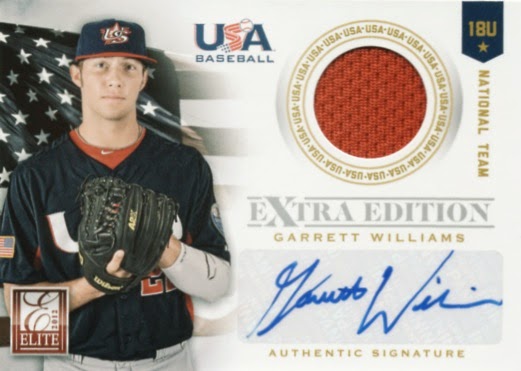 There was also a 2012 box of Extra Edition in this break, and somehow I wound up with this swell-looking auto-relic combo card of Garrett Williams. I’m not sure exactly why or how this fell to me (Weston, if you mentioned it I missed it and I apologize), but it’s neat. I think Williams forewent the draft for college ball. If someone wants to scoop this baby up, I’d take something similar in ‘Stros format.

There were some nice base cards from the set, including current AAA shortstop Nolan Fontana, former Astro prospect Rio Ruiz, since traded as part of the Evan Gattis deal, and pitching prospect Aaron West. 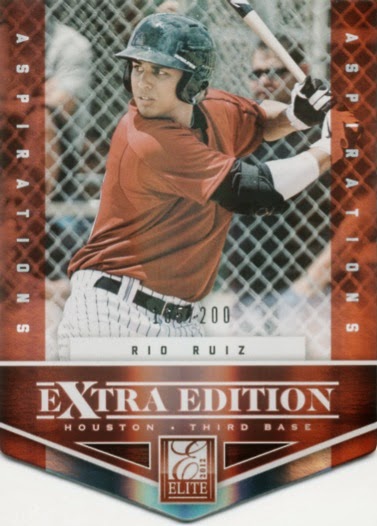 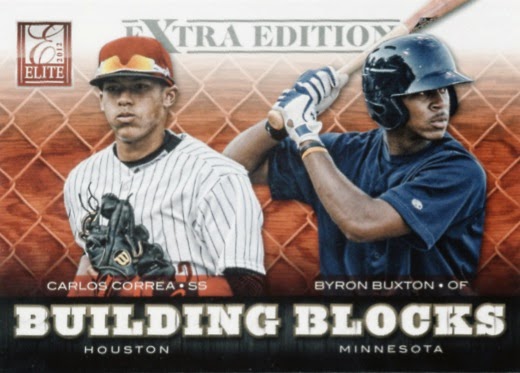 I landed an insert and a parallel as well. The Building Blocks duo with Correa and Byron Buxton is pretty cool, and the Ruiz Aspirations parallel is #105/200, with a die-cut base.

Thanks again for hosting this break, Weston! It was a nice way to get some cards out of these sets.