by MarcPosted onMay 28, 2015July 14, 2019
I’m watching the pup again in the office after a long day, so it’s time to get another belated post out of the draft queue. 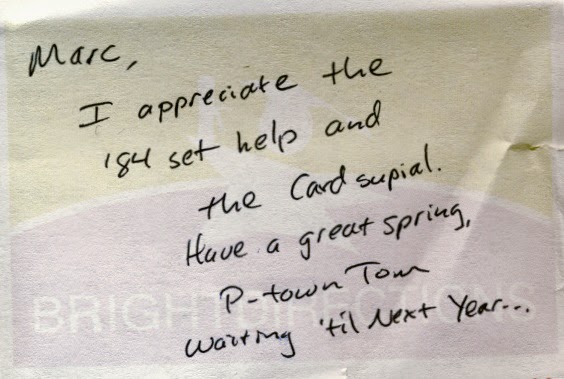 This trade post is waaaaay overdue, as these came in sometime in March from good ol’ P-Town Tom of Waiting ’til Next Year. As you can see, Don Larsen isn’t too thrilled about his time in the draft folder. What a card! I’ll trade a bunch of ’84 Topps away for a nice piece of vintage any day. Thanks Tom!

There were many more ‘Stros in the package as well, with some nice Altuves leading the way. The Bowman rookie is a really nice addition, and I do believe that’s a Chrome refractor on the right. Super! 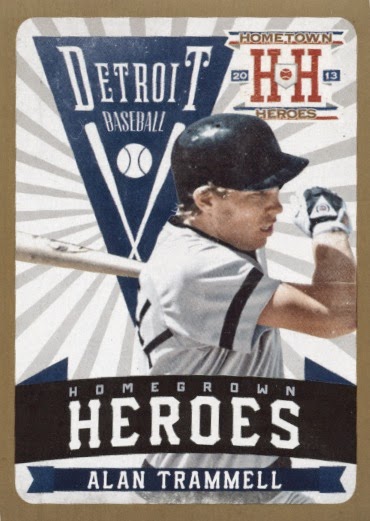 Tom hit up some of my non-Astros player collections as well, including several of Alan Trammell. These two from 2013 Hometown Heroes are great. He sent along the black border version of the Hometown Heroes insert on the right as well. 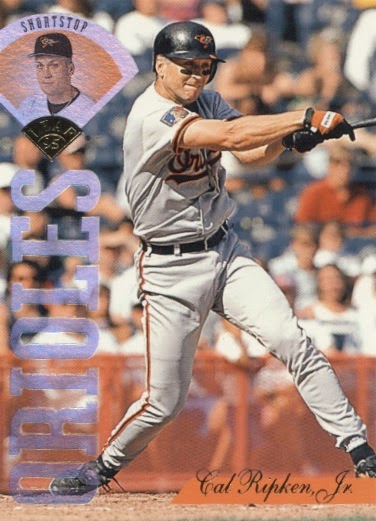 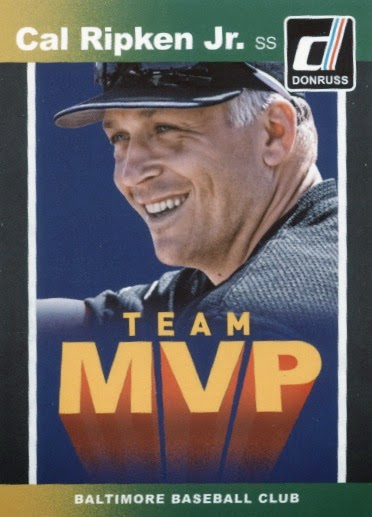 I love adding Ripken cards. After Bagwell, Nolan, and Biggio, Cal ranks fourth among my collecting leaderboard. Bagwell sits well over 800 now, and Nolan’s 300 and change are padded by the 110 card ’91 Pacific set. Biggio is near 150 I believe, and Cal is around 120. I’ve contemplated building that ’95 Leaf set so many times that I’m sure it’s destined to happen someday. I just need to complete a few others first. 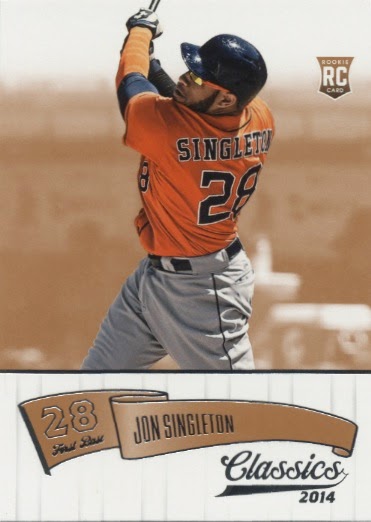 How’s about some power-hitting first basemen? There were a bunch of great Bagwell’s in this package, and while I already have the Barry Colla set, now I can add a factory sealed version to the ranks. Singleton lost his job in Spring Training, but with the way he’s tearing it up at Fresno, I wouldn’t be surprised if he gets brought up to supplant Carter for a spell. 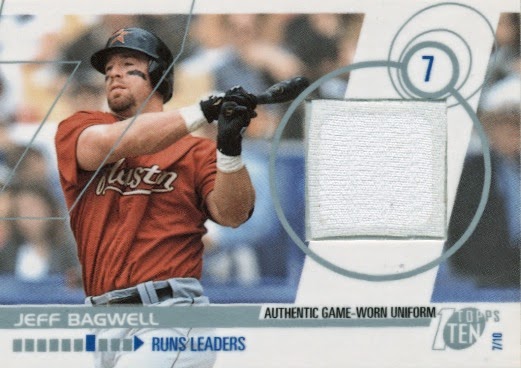 Last and certainly not least, Tom sent along a delightful Bagwell jersey card. I’ll have to do a count of how many relics I have of his sometime soon, but I’ve got everything from jerseys to bats to bases to baseballs to dirt. Yup, dirt.

Tom, thanks so much for the trade! Sorry it took me so long to post.

0 Replies to “Waitin’ For Too Long”