Another fast and dirty post to show off some stuff I bought months ago. Here’s some highlights from a pair of Bowman fat packs and two hanger packs, that I purchased at the end of April. First, the fat packs. 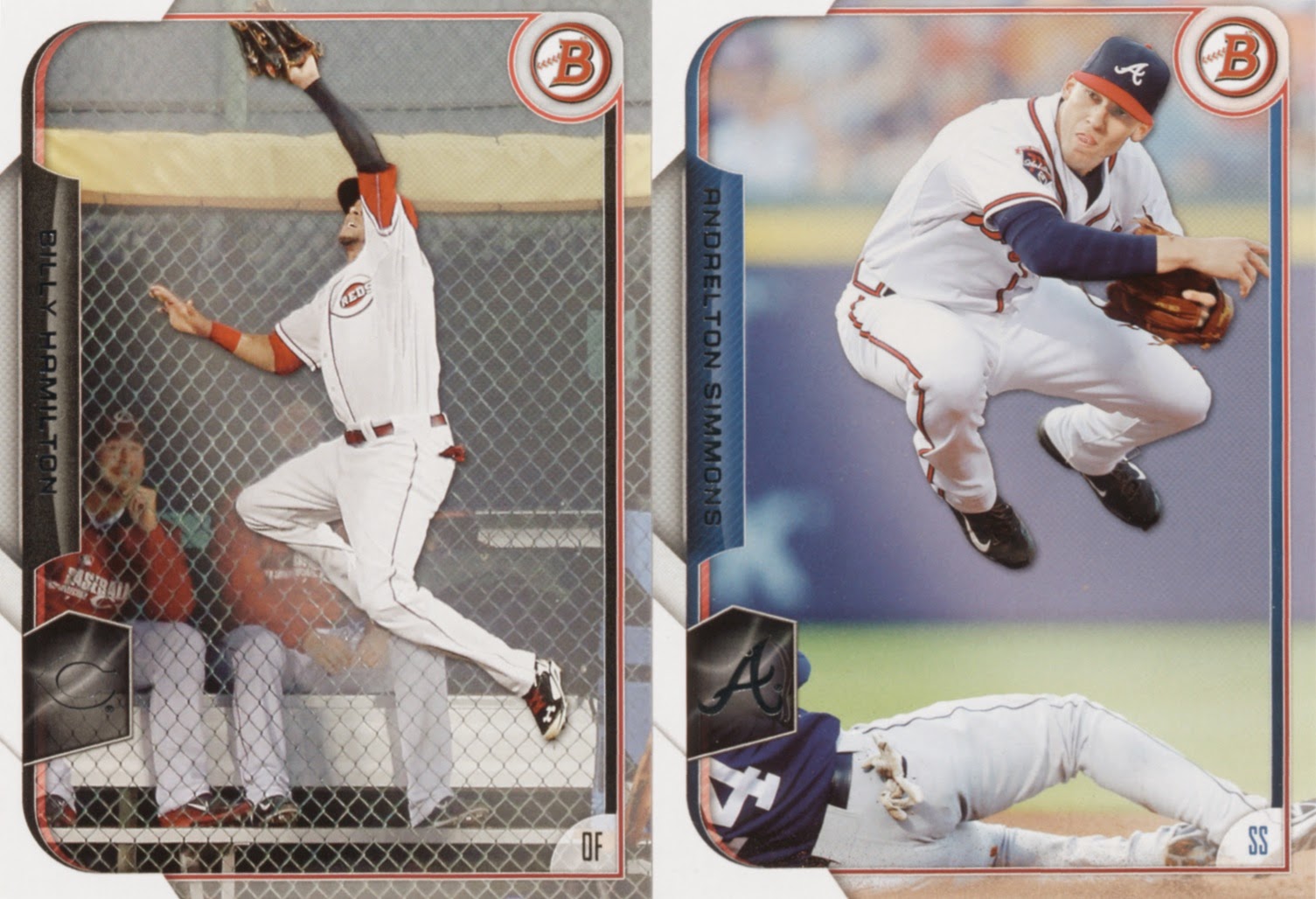 I’m fairly on board with the design this year. These are great action shots that would be even better if they were cropped a bit more generously. I’d love to see whoever Simmons is flying above, and the Hamilton catch is great, but a little more context wouldn’t hurt. I’d like to see his face, too. 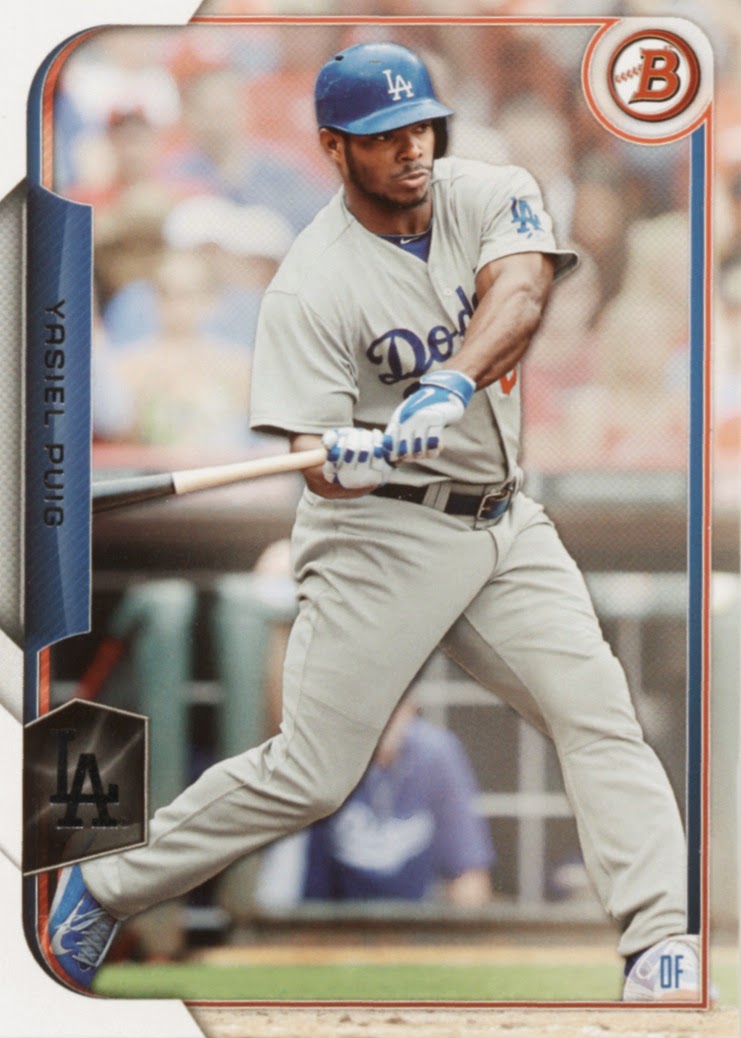 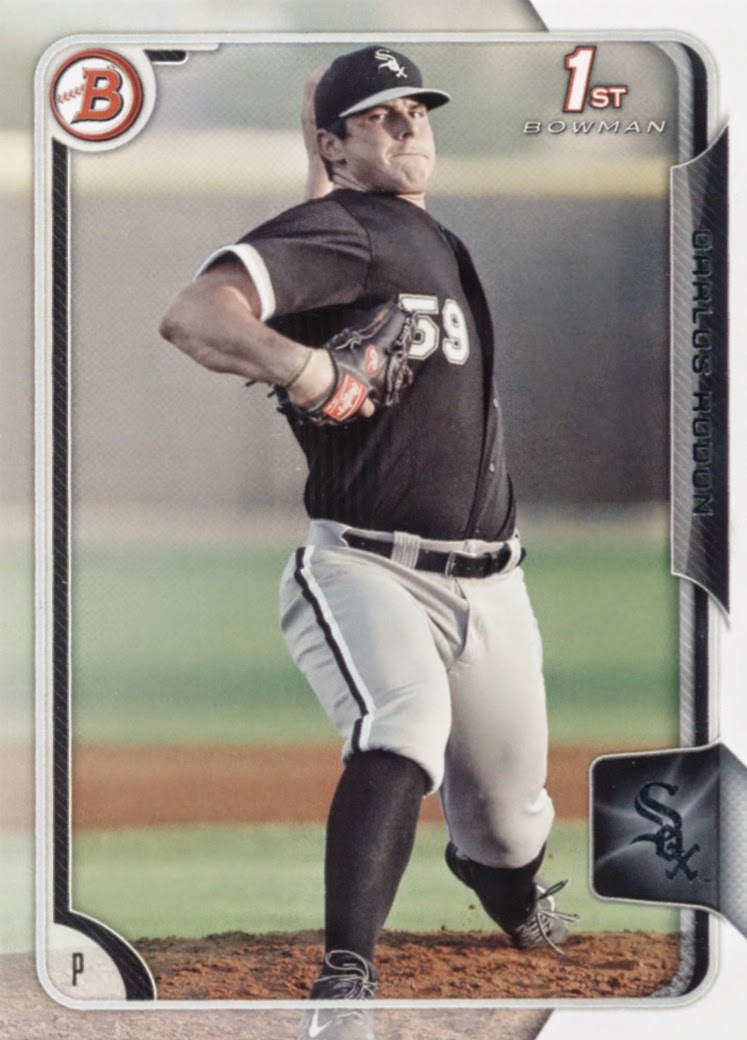 Some big names in the fat packs, including Puig and Rodon. 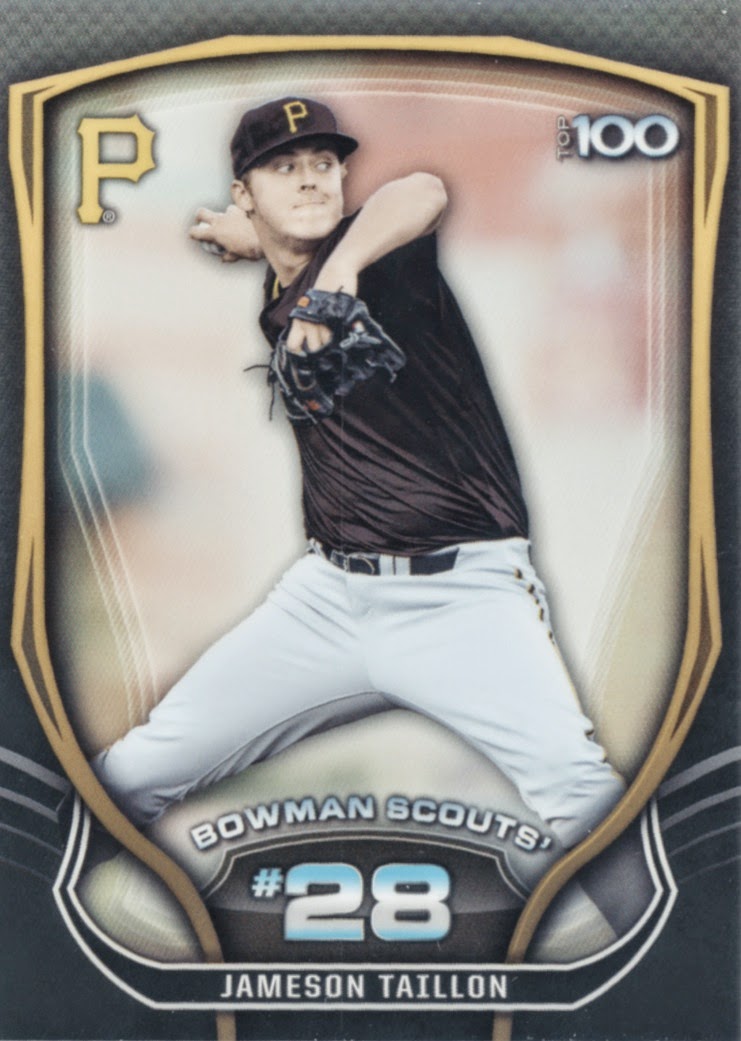 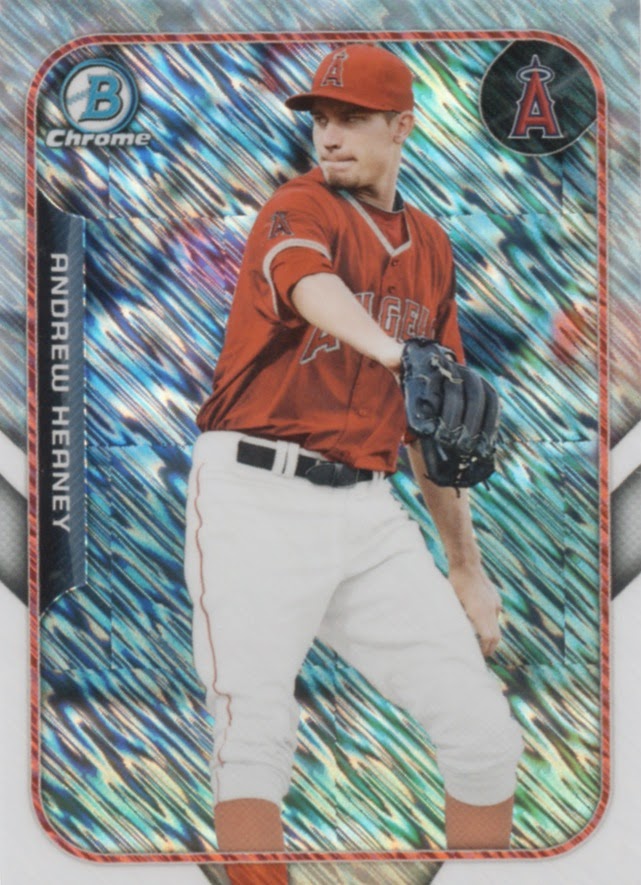 Some pitching prospects on the insert side of things. That Heaney is one of the Farm’s Finest minis. 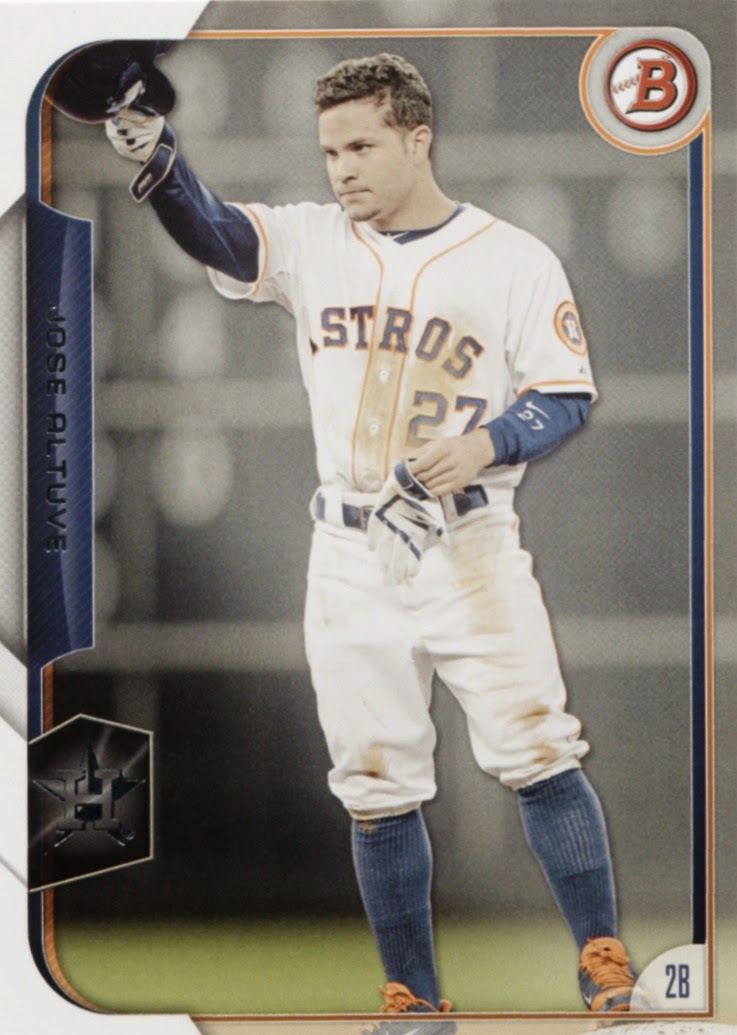 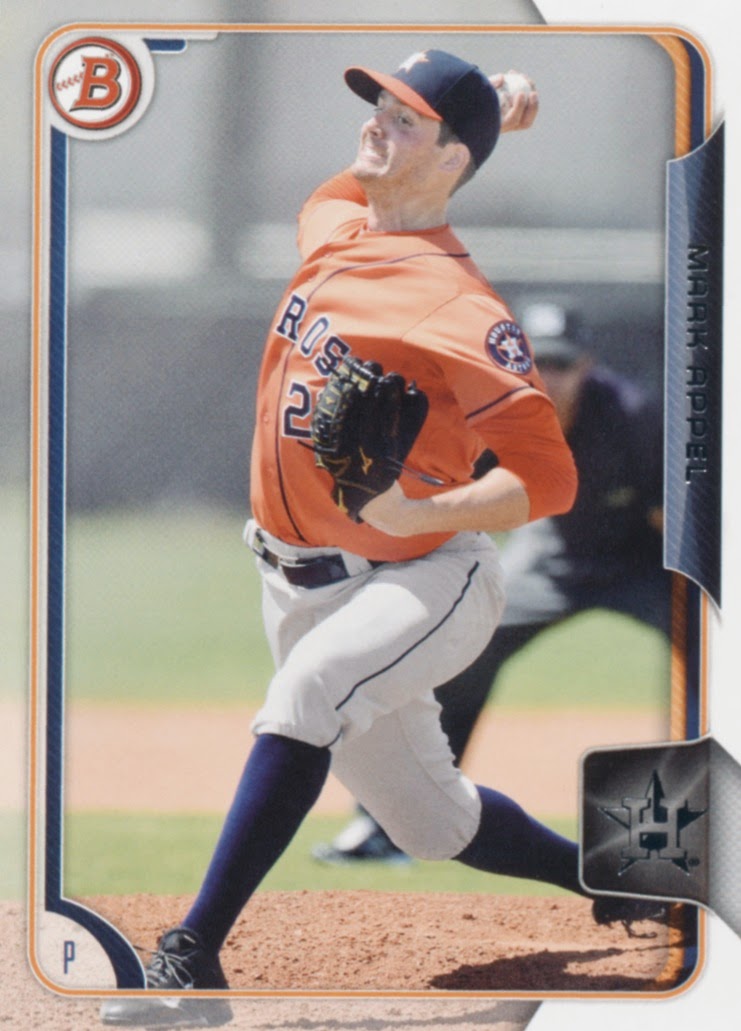 Hanger pack number one was destined for my hands. Not only did I land an Altuve (shown here tipping his helmet to Craig Biggio after setting the Astros single-season hit record), but also I netted a Mark Appel. He’ll probably see the bigs next season. 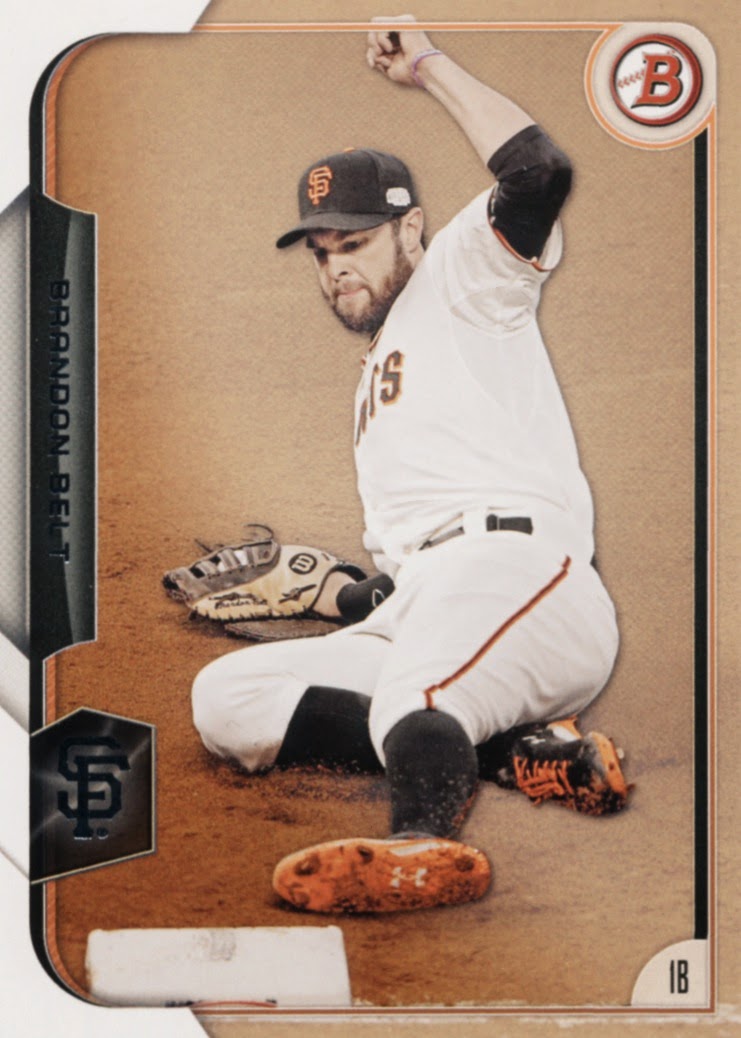 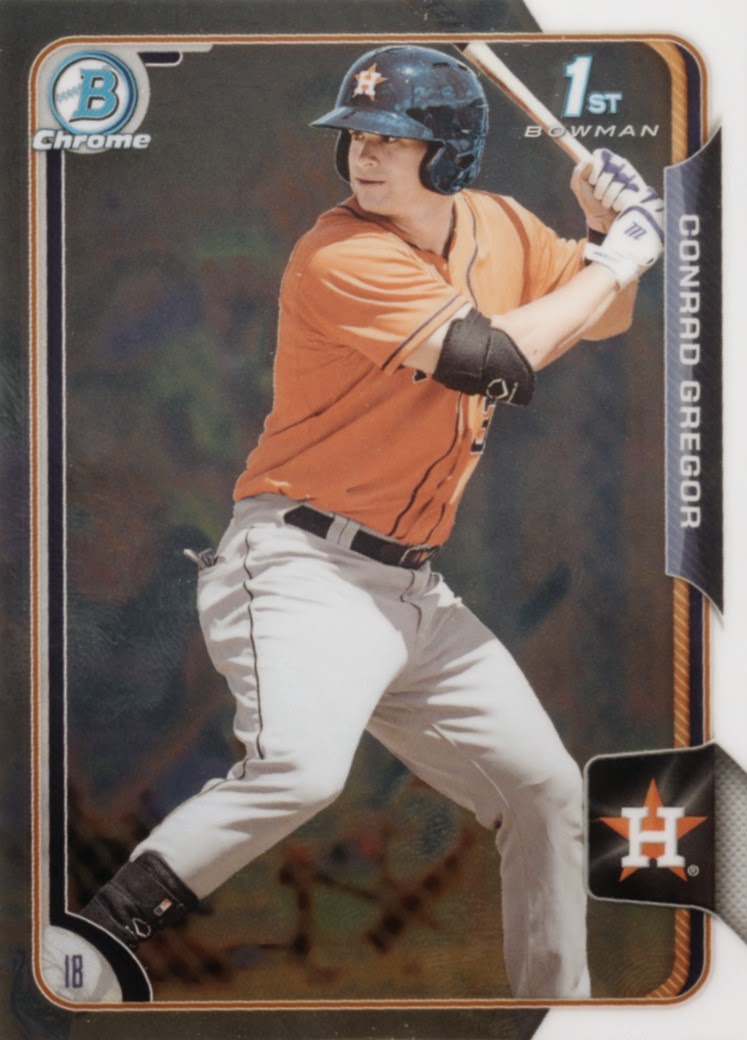 Another nice shot, with Brandon Belt sliding back into the bag to make a play. That’s pretty rad. I wish the player’s figures were above the border, though. C’mon Topps, you photoshop everything. You can handle it. I found another ‘Stro prospect in this pack as well. 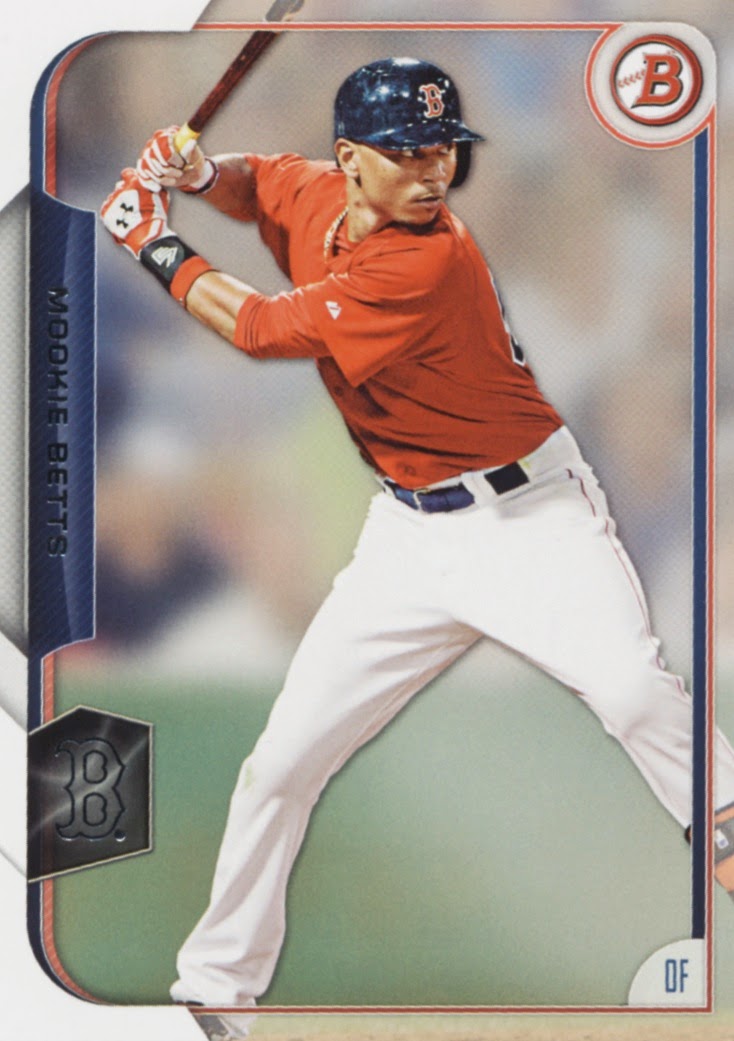 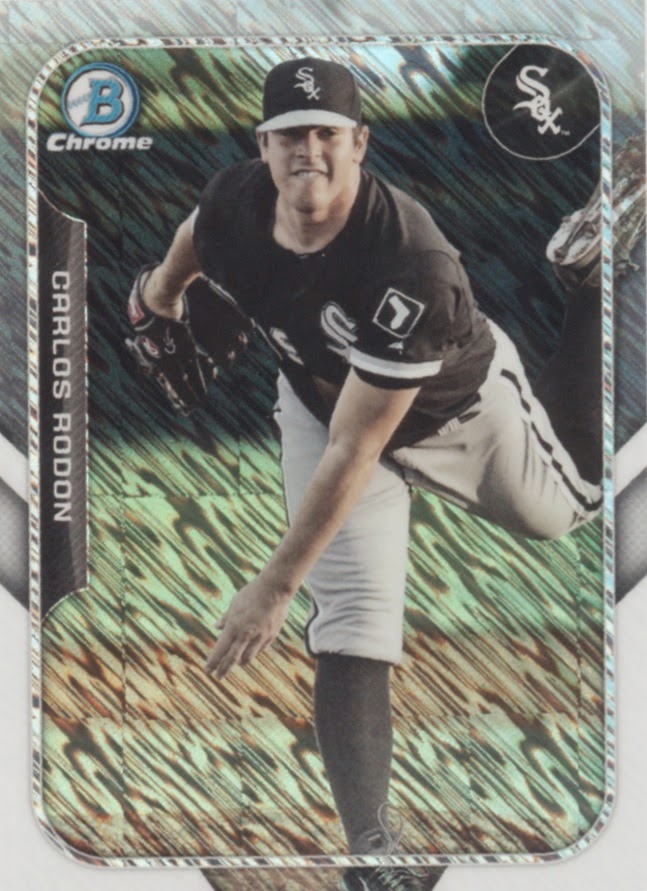 On to hanger pack numero dos. I got a couple sweet rookies in this one – Mookie Betts and the Rodon Farm’s Finest mini. 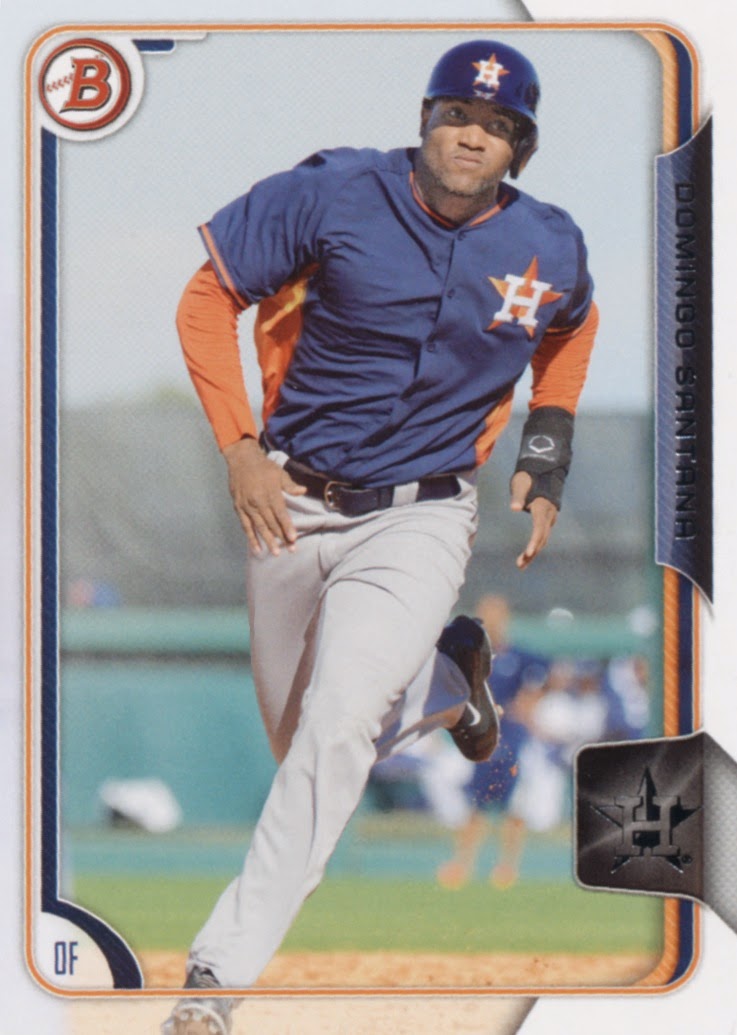 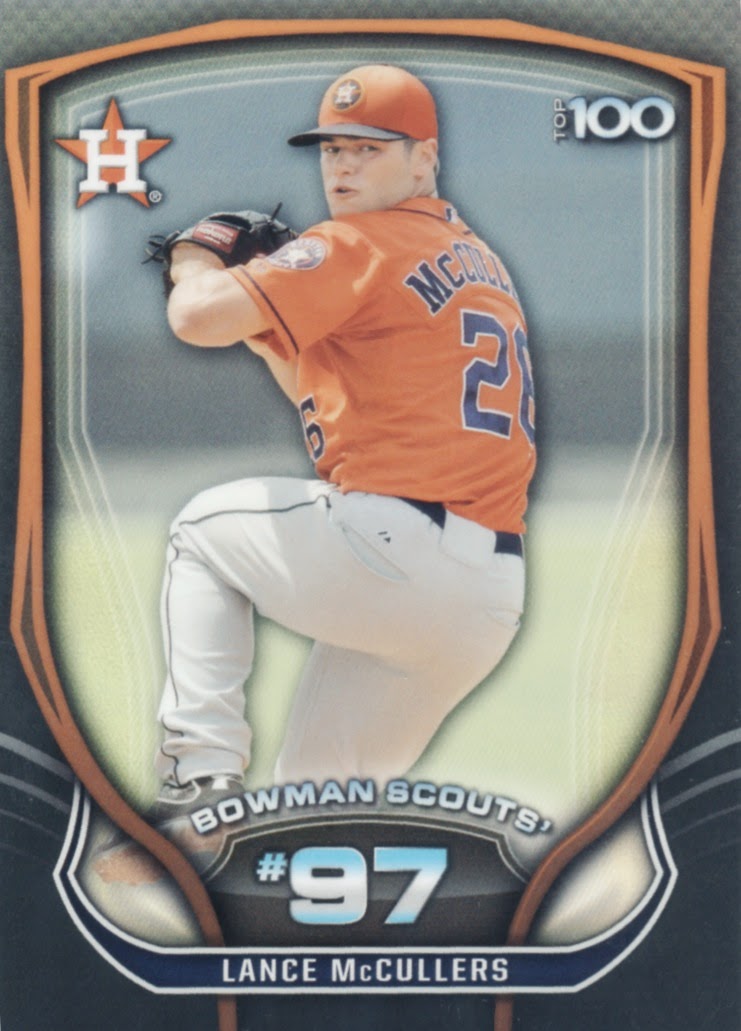 And some guys that made the Astros this year: Domingo Santana (who was flipped in the Gomez/Fiers trade), and the electric Lance McCullers, Jr. I’m hoping to get that one signed soon.

With hanger packs come yellow-bordered bonuses. I pulled a Rio Ruiz for my Astros binder. The rest are up for grabs.

These are available as well, if anyone is interested.

Alright, back to work for the afternoon.