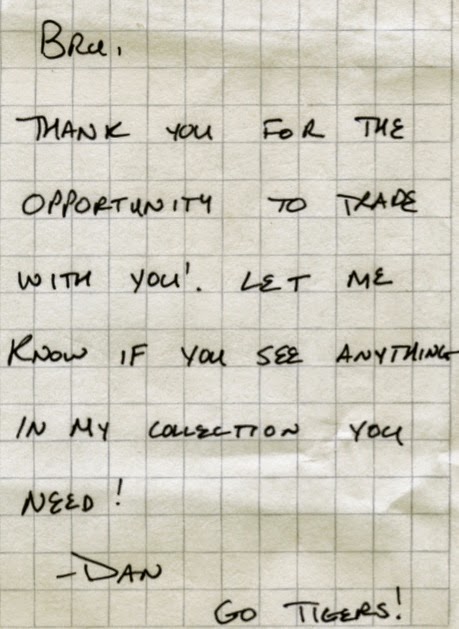 I really, really love the Trading Card Database. I know a lot of you use Zistle and other cataloging sites, but for me when I just want a checklist to tick off, the TCDB is for me. Plus it let’s me add designations like whether my cards are autographed, serially numbered, even graded (blech!). It’s really easy to add stuff to your want list, almost too easy. My only drag is that converting stuff from your want list to your collection requires the page to refresh, but there’s a way around this (tip: use “Remove” from the drop down menu, then just click the check box).

One of my favorite things regarding the site is that the members are continually improving the site with suggestions, and the Admins actually pay attention to these.

Oh, and it has a great trading feature built into the site, which is why I have some cards to show off in this post. This batch comes from Dan, who as you can see is a Tigers collector. I sent him some vintage motor city kitties in exchange for some ‘Stros and some junk wax set help.

This was back in April, so my apologies to Dan for neglecting this one for ages. 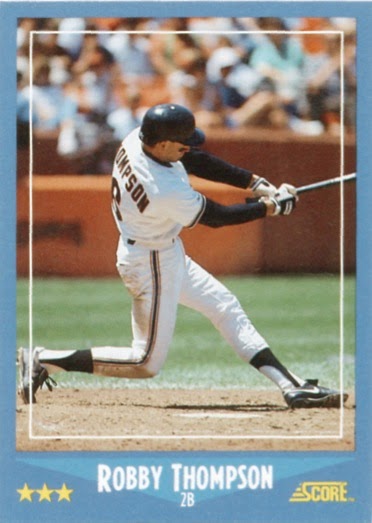 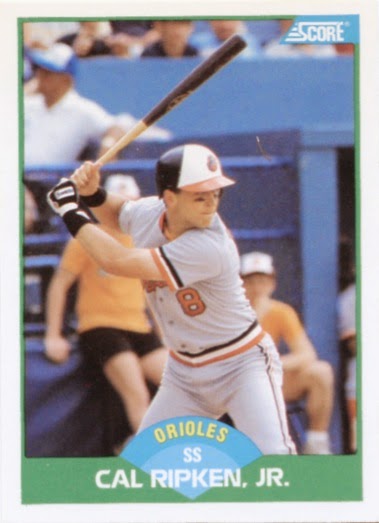 There was a bunch of junk wax help in this package, including these first two sets from Score that I still really dig. I can’t pin down why, but I always like Robby Thompson for some reason. Just seemed like a good guy to me as a kid. The Cal Ripken was the no-brainer highlight of the ’89 Score stack. 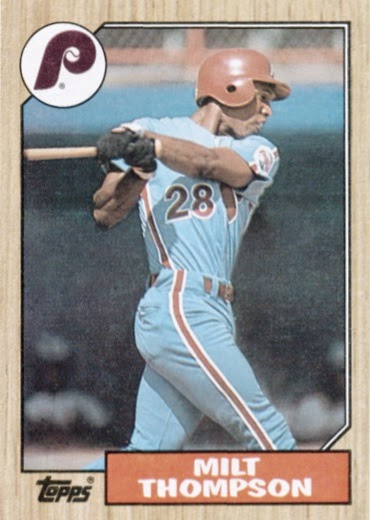 Two more junk wax sets I’ve been working on for ages. I’m so close to finishing them, though, that I think I’ll just play out the string. Maybe I’ll break them up after that and hang on to some stuff I like, who knows. Nice buntin’ Vinny there.

There was a little bit of 2015 help as well. I’m a few cards away from a full Series 1, but my early goal in the year of building this set has been supplanted. Let’s just say that I like Stadium Club too much, and I’m trying not to chase as many sets as before. Lean and mean, y’all, just like Captain K here. 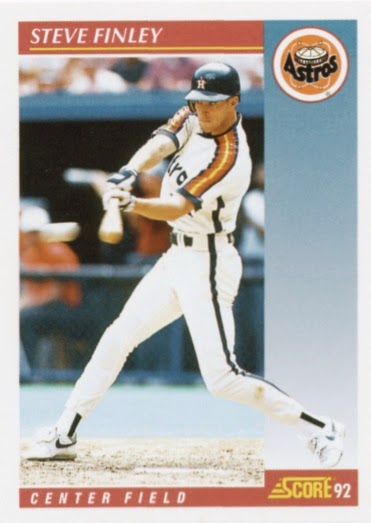 Outfielders that I still love. I got a Steve Finley autographed 8×10 when I was a kid, but never a card. I purchased one at a show along the way, but I’d really like to supplant that with one that I receive TTM or even via a private signing. 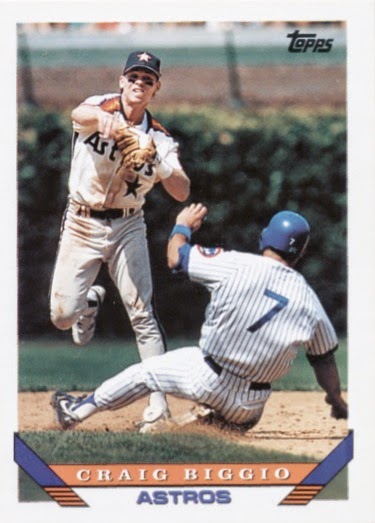 We’ll end this post with a pair of double dips. The first features my illogical hero, Casey Candaele, at what appears to be a spring training game. The second is our newly minted HOFer Craig Biggio, turning two at Wrigley. There’s a soft spot in my heart for the banners at the bottom of ’93 Topps, by the way.
Thanks again for the trade, Dan!
– Bru