by MarcPosted onSeptember 26, 2015July 9, 2019
I’m getting really close to finally catching up on all my outstanding trade posts, and then I’ll be able to start this blog in a slightly new direction. Oh, and I’ll be able to catch up on the recent flurry of trades that has come in as well.
I’m into May now, which might not seem like much but I didn’t trade much after May due to the break-in and the new job. These cards came in from Daniel at It’s Like Having My Own Card Shop. 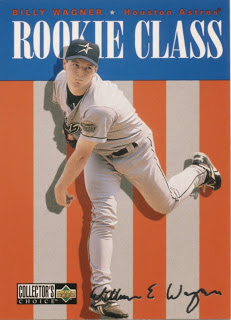 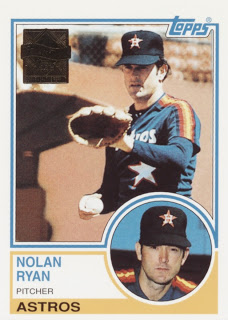 Let’s start off with Billy the Kid and The Express. That’s a Silver Signature parallel on the left, and if you notice that unreadable foil in the upper left, you’ll know that the Nolan is a reprint insert from 1999 Topps. 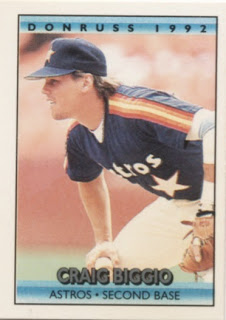 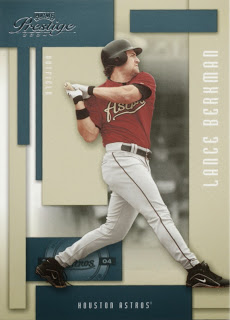 Some Killer Bees. One of these cards is smaller than the other – much, much smaller. That’s because the Biggio is a 1992 Cracker Jack Donruss mini. 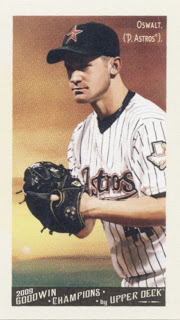 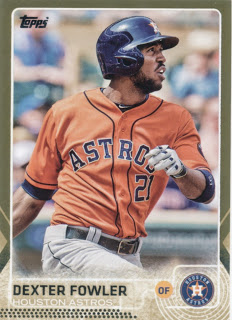 Gotta love the early Finest cards. This Fowler gold parallel is nice as well. I’d love to get a bunch of the 2015 Golds signed in blue. 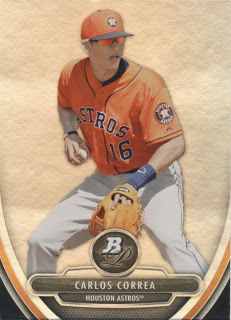 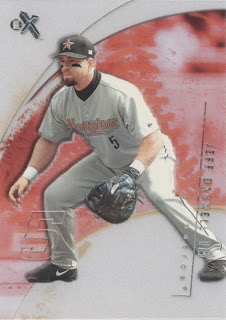 The future and my hero. Can you imagine if these two had gotten to play with one another? One never had a shortstop that could hit, the other has no notable first baseman. 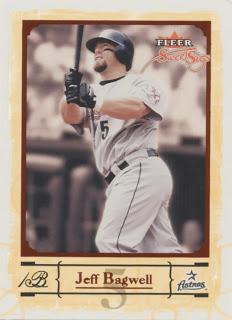 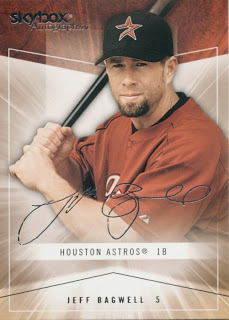 Some more great Bagwell’s for the collection. The binder is starting to reach critical mass, I think I need to start a second one. 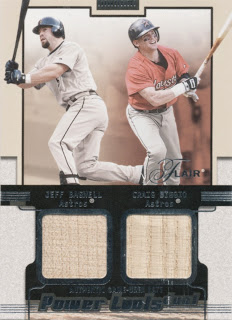 Finally, the package came to a thrilling close with this gem. Bat cards are awesome, and dual bat cards featuring what is likely to be two Hall of Famers in the near future are even better. Thanks so much Daniel!